A Steele of a Career, Shopping Bags and more! – Alex’s CFL Tuesday Takes

Hope you all had a great Easter Weekend! Lots to get to in the CFL, so let’s jump in.

A Steele of a Career

Former Ticat, Eskimo and Roughrider Eddie Steele announced his retirement from the CFL late last week. The Winnipeg born defensive tackle carved himself a great career in the CFL over the last 9 seasons, the final 2 being with the Riders. It was a pleasure to watch him play and to get to meet him a few times over the last few years. A Grey Cup Champion in 2015 with the Eskimos,  Steele will be missed on the field and off. Congrats on a great career and enjoy your post football life!

(AUDIO – Interview with Eddie Steele after he signed in Saskatchewan)

Tomorrow, the CFL players will be allowed to vote in a CFLPA survey to determine whether or not they will serve strike notice to the CFL ahead of Training Camps in mid-May. As we know, the league has put off negotiating with the PA until April 29th as a tactic to try and gain bargaining power. But now, the shoe slides to the other foot and the players need to make sure they give appropriate strike notice that is legal (you can’t just walk off the job with a days notice). We’ve seen a handful of players express on Twitter that they will not report to camp (at the direction from the PA) until a deal is negotiated. Some of those names include the 2 faces of the CFL, Mike Reilly and Bo Levi Mitchell, as well as Andrew Harris. James Wilder Jr., Derek Dennis, etc.

I’m really curious as to how this is going to unfold. History will show that players will talk the talk, but don’t walk the walk. They need to get paid. If they have bonuses in their contract that get them paid for reporting to camp… well, they may just go anyway. Will they hold out and force a lockout? Possibly. I don’t see all the players on the same side though and I base that on history. The players are NEVER on the same page, never have been, never will be. A portion of them, sure. All of them? Not a chance. It’s easier for guys making $700K/year to say they will hold out because they have a pretty nice bank account already. The guys making $55K/year though? They NEED that paycheck, because this is all they have.

Ultimately, I think the vote tomorrow will show that the players will strike (I wonder how many members will ACTUALLY vote though) and we may end up missing a few days of Training Camp, but NO games will be missed. Both sides can’t afford that and both know it. We’ll see a deal get done fairly soon.

A great idea came to the CFL to try and get more homegrown talent to stay close to home and play in the market closest to them… adding spots to the bottom two teams in the draft so they can select a player! Oh wait, the CFL ALREADY had territorial exemptions put in place before? What the hell is this all about then??

I get it, the league wants to try and showcase local players in each market… but we had that in place from the Junior ranks already. Andrew Harris was a territorial player when he was with the BC Lions. Look at the Riders. Dan Clark, Zack Evans… neither of those two were drafted, they came up through the Regina Thunder program. CFL, just keep it as it was! No need to draft. And IF you want to make a draft out of it, fine, but don’t just give it to the 2 worst teams in the league. Do it for all!

Great thought of having more local players in their home market, just a poor execution on how you are trying to make it work.

Rider season tickets are starting to be delivered! That’s always a sign that football is near. Hope you enjoy your lanyard and a shopping bag… Seriously. Thanks for your support, here’s a 99 cent shopping bag. Take it and be happy. 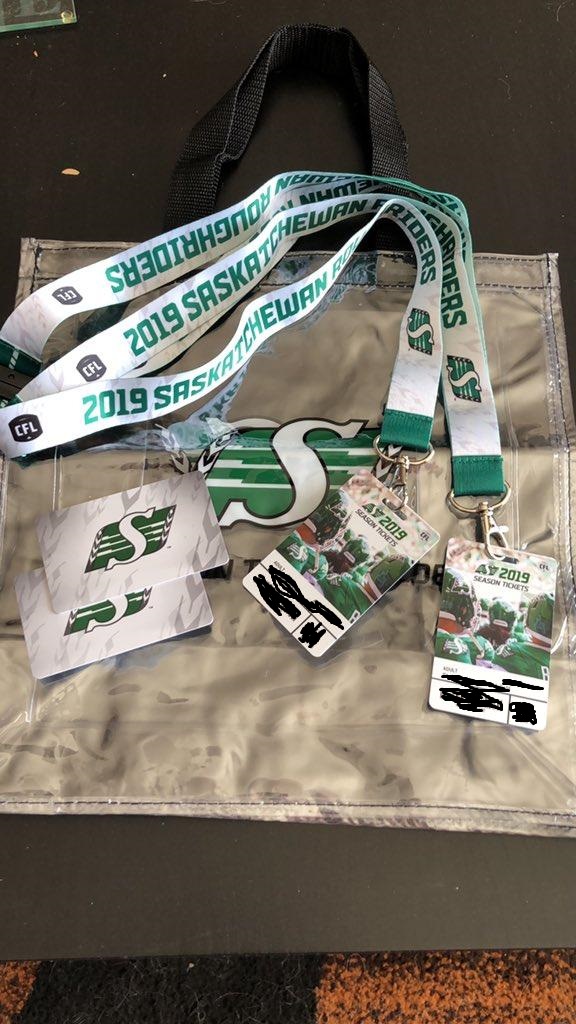 At least it’s a step up from that plain white shoelace we got a couple of years ago… The lanyard, fine. Handy for holding your tickets, people seem to love them for some reason. A pocket schedule? Ok, I guess. For the 70+ year old fans that don’t have smartphones and access to the schedule in 2 seconds, I guess that’s ok. A SHOPPING BAG?? Because we don’t have enough of these stupid things sitting in our cars as it is?

Ok, I get it. The idea is to make it so only those bags can be brought into the stadium and to get rid of people bringing backpacks (side bar… WHAT THE HELL DO YOU NEED A FULL BACKPACK FOR AT A FRIGGIN FOOTBALL GAME???? And I’m not just talking about the people that bring in young kids… I mean grown adults. STOP IT).

These are the security measures that exist in almost every other stadium in North America. So in that sense, it IS a good idea to give these out. For example, here is what the Jacksonville Jaguars of the NFL have. 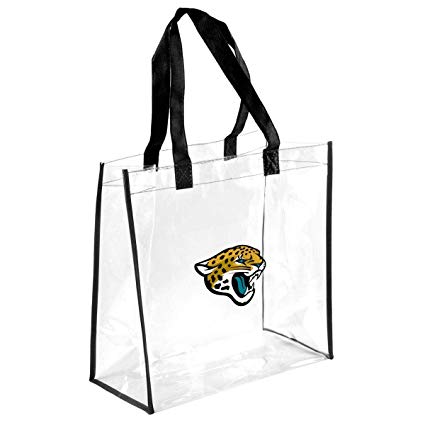 Personally, I’d rather have nothing though. Give me my season ticket card and that’s it. If I want a bag, I’ll go pay a few dollars for it. I had no use for the pencil case from last year or the box with a decal from the year before, but hey, those weren’t bad little things.

How about an 8.5×11 photo of the stadium or of last year’s team? Those are super cheap to do up, but at least people can put a frame around it and put it up on their wall.