What a great trip out to Winnipeg on the Piffles Podcast Banjo Bowl Bus! Thanks to all that joined us and made this a fantastic trip! We all had fun and it wouldn’t have been done without the great Rider fans joining us!

Gotta send shoutouts to the great fans in Winnipeg, we had no issues at all (other than a 4 year old girl giving Steve the finger… he probably deserved it though) and it was a blast! You guys were great hosts! We WILL be back!

Thanks to the random groups of Bomber fans that were tailgating and welcomed us with open arms and a few open beverages. Fun fact: Winnipeg has a GREAT tailgate area! Tents in the parking lots, people firing up the grills and drinks are all allowed. Get on it Saskatchewan… the pregame experience doesn’t compare… 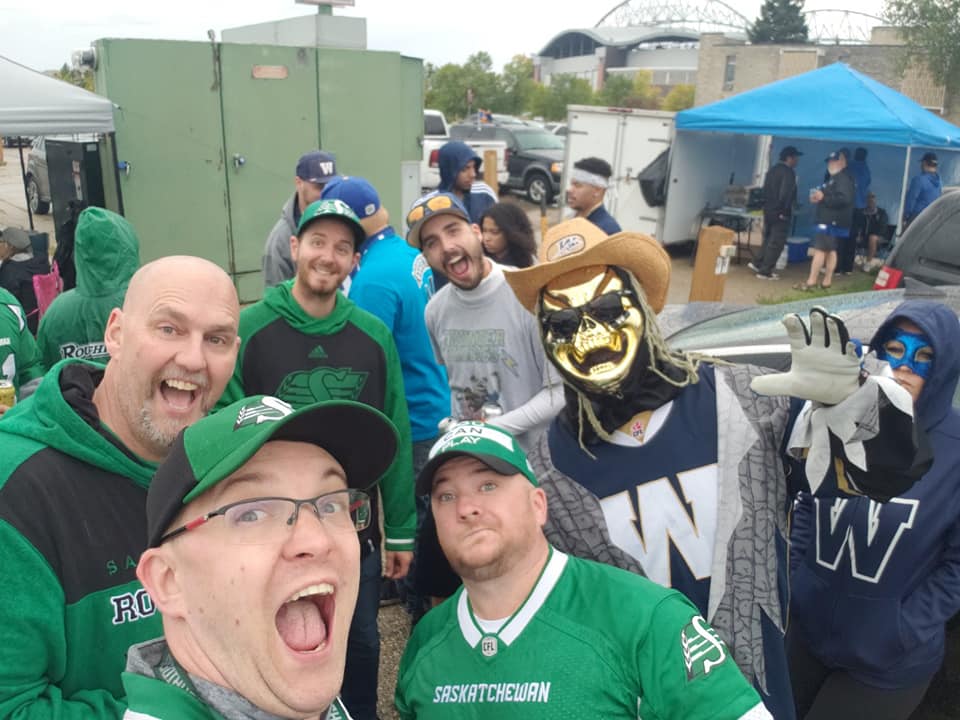 Speaking of not comparing… our seats in the endzone were similar to mine here at Mosaic Stadium… and it is MUCH louder in Winnipeg. Not that the fans are louder, but the design of IGF makes it louder than Mosaic Stadium. It was a fantastic atmosphere (and an even better result) and I couldn’t have been happier.

Had the Wrath of Khan at the Shawarma Khan (former O-Lineman Obby Khan’s restaurant) and OH. MY. GOD. That thing was incredible! Well worth the $15 (and I normally complain about stadium food pricing). Good on ya Obby, that was some damn fine food! 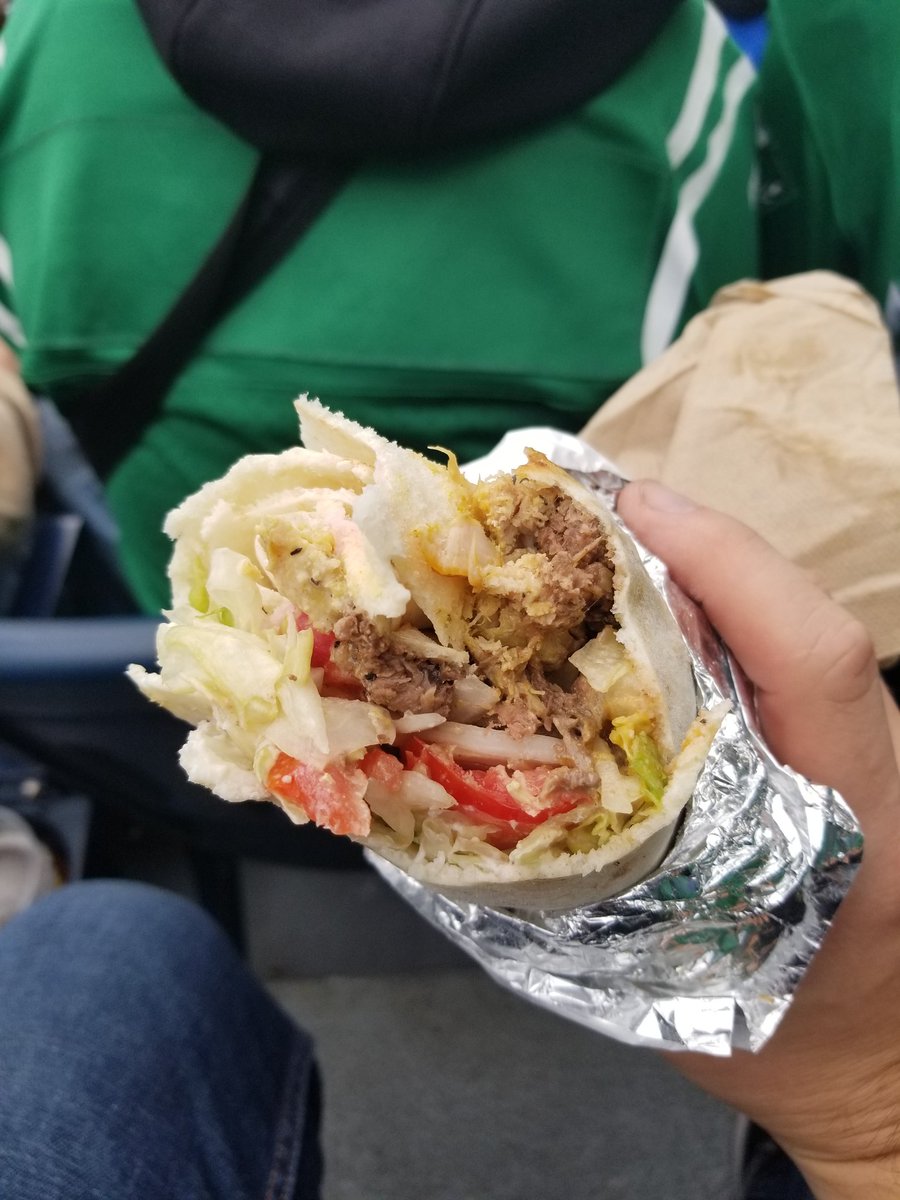 As for the game itself, it was entertaining as all hell. Wasn’t the prettiest game, but it sure was fun. 5 picks for the Riders (with 2 taken off the board)… just crazy! To Willie Jefferson’s showboating… I LOVED IT! As long as you don’t get Leon Lett’d or Ronald Flemons the ball, have the fun, stick it to the home team fans… you earned it! If the Bombers didn’t like it, well maybe they shouldn’t have given up a 97 yard pick 6 to a d-lineman… 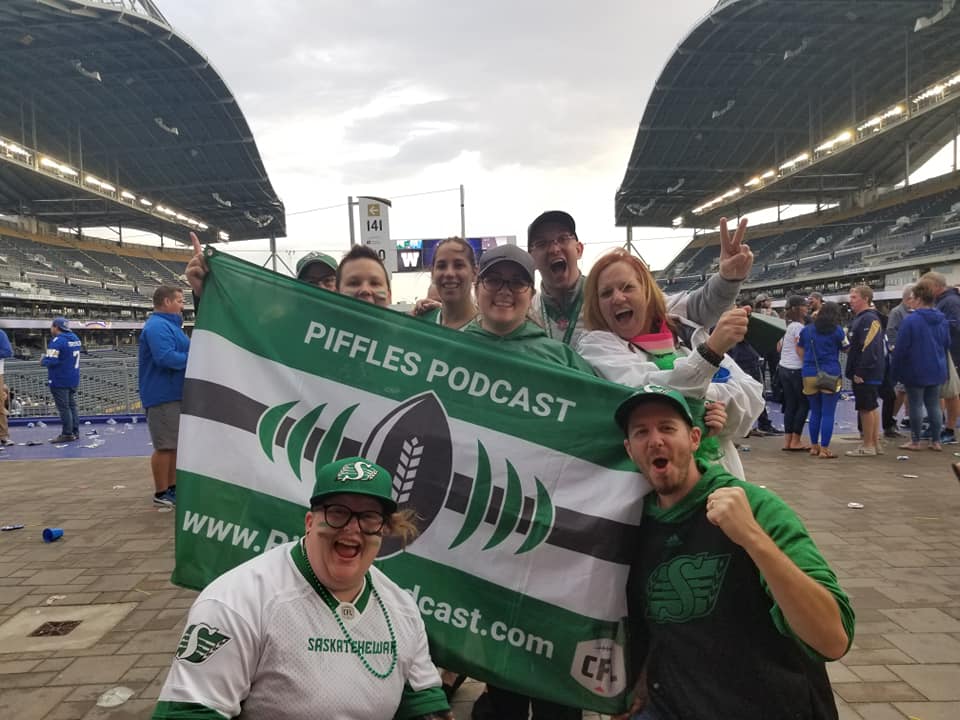 All I’ve seen over the past few days is Stamps fans complaining that they got screwed on the hail mary attempt… NO, you did not. The ball kept moving, Brescacin never had control of the ball and when you are going to the ground, you have to maintain possession, not just touch with a foot in bounds. It was CLEARLY no catch, just face it, you got beat.

CO2 in the Hammer

Receiver Chad Owens signed with the Hamilton Tiger-Cats today… then promptly hurt his foot. AGAIN. He did some great things in this league and he was very good for the Riders in their late season run last year, but it’s time Chad. You just can’t anymore. Time to hang em up.

Tomorrow night the country will be watching the community of Humboldt as the Broncos play their first game since the horrific bus crash in April. It’s going to be an incredibly emotional night and I hate the fact I have to miss it. Just know that even though it’s not talked about as much anymore, we are all still thinking off all 29 people and their families that were involved. Tomorrow, September 12th, we are all once again #HumboldtStrong 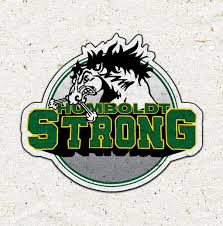