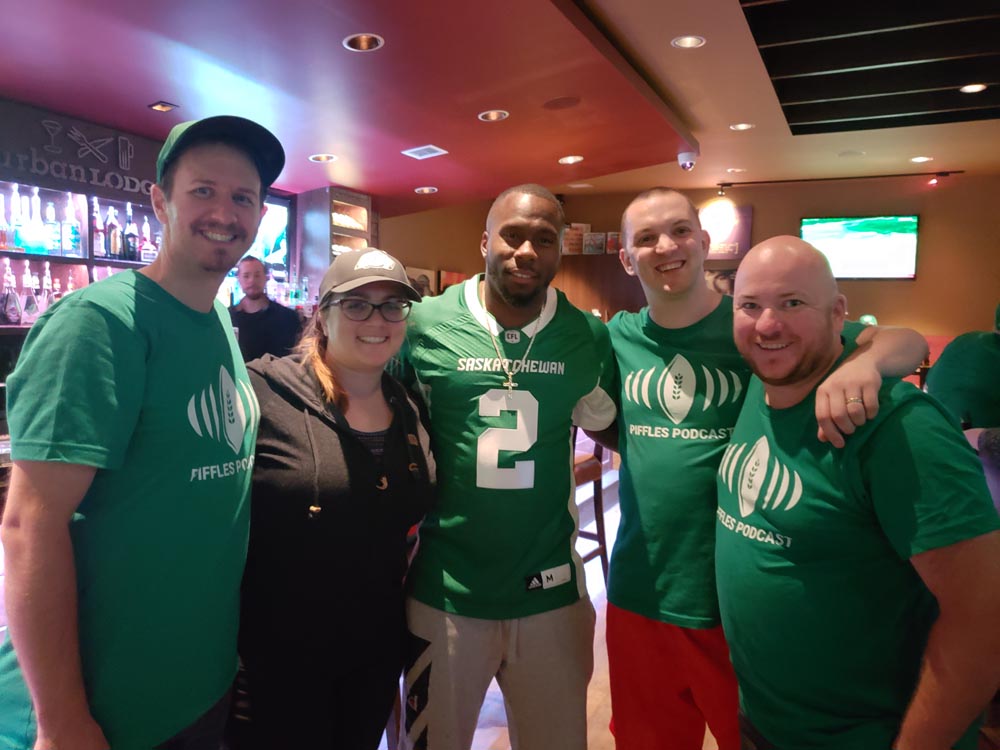 CFL free agent defensive back Jovon Johnson accepted a job at Defiance College in Ohio and has appeared to put his playing career behind him. In his farewell post to the CFL and the fans on his Facebook page, he hinted at issues behind the scenes in the locker room in Riderville. Jovon joined me on the phone Sunday afternoon to address both his new role as Defensive Backs Coach and his farewell post. I can say from dealing with Jovon on a few charity events and at practice, he will truly be missed in the CFL and the community. He’s a stand up guy and always looks to give back to the city that he is in. Best of luck in your new career, Jovon and thanks for everything over the past 12 years!