Breaking Down the Alouettes Uniform Teaser

Montreal Alouettes confirmed the worst kept secret in the CFL by confirming they will be getting new uniforms in 2019. Rumour is they were supposed to roll them out this season as a surprise with the “Earn Your Wings” campaign building up to them. However, the sudden collapse of the Adidas deal forced the Als to hold off a year until a new supplier, New Era, was secured. 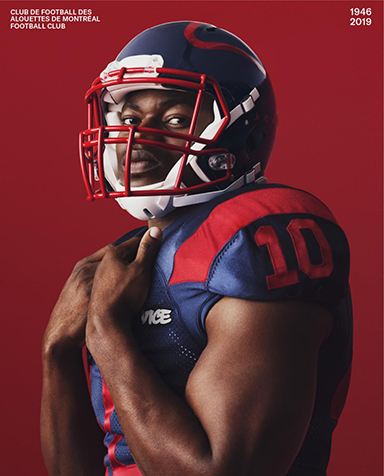 Apparently, the Houston Texans had a surplus sale…

But seriously, they are a clean look with the dark blue and contrasting red. As “classic” as the current look for the Alouettes is they have been wearing it for almost 20 years in some variation, they were due for an upgrade and to retire the Angry Bird.

From the teaser images, it appears that the only white on the Home jersey appears to be the word “Montreal” on the chest which makes it stand out in the darker blue.

But apparently, the Als didn’t learn from the REDBLACKS previous errors as they have dark numbers on a dark jersey, which in a giant stadium makes them practically illegible. Expect the media to grumble about it constantly during broadcasts. 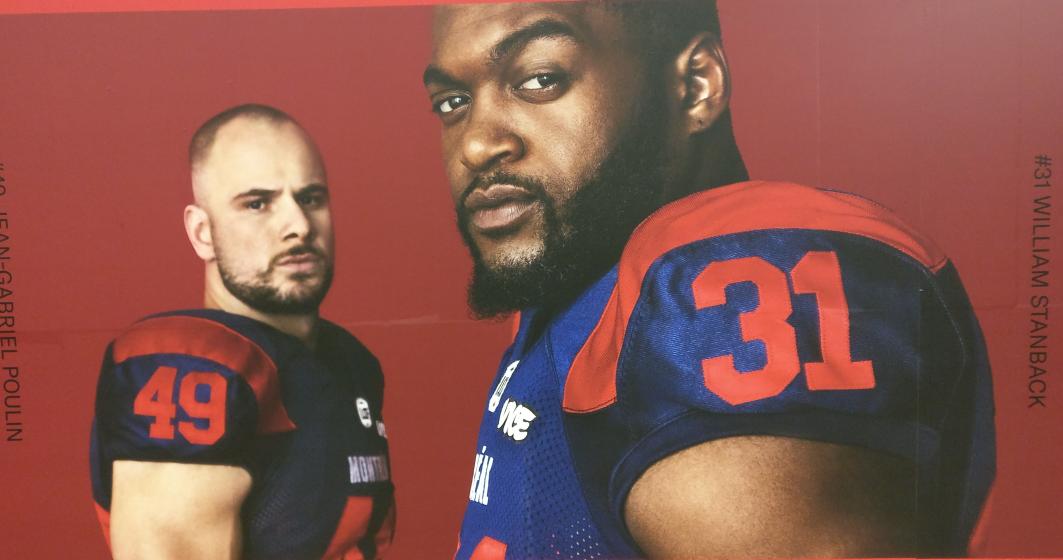 The helmet is by far the biggest departure from the usual Alouette look. It is dark blue, since the Alouettes came back to Montreal they have worn some variation of Silver or White. Montreal hasn’t had a dark helmet since the Concordes in the mid-80s. 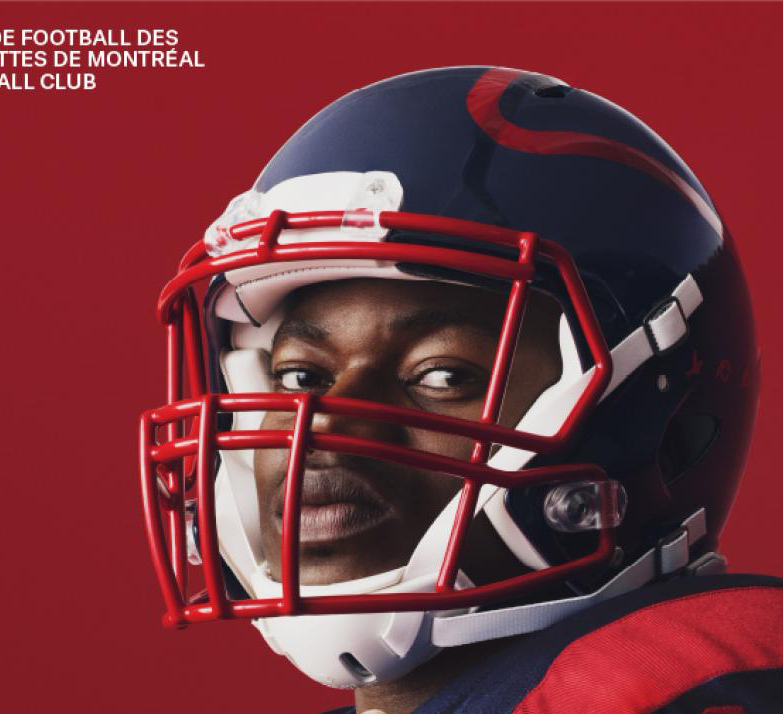 Gone is the Angry Bird logo and it has been replaced with some sort of wave. If I had to take a guess there is some sort of “winged” look to the helmet, which would have coincided with the “Earn Your Wings” Campaign. 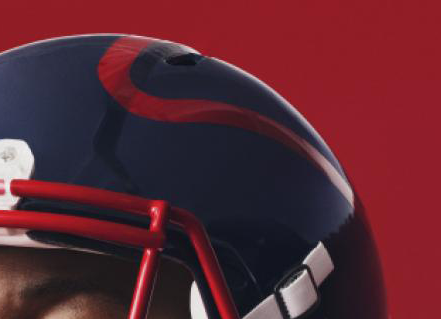 Speaking of which, the Alouettes are honouring their past on their helmets as the logos featured on the “Earn Your Wings” shirt have made it onto the back of the helmets. 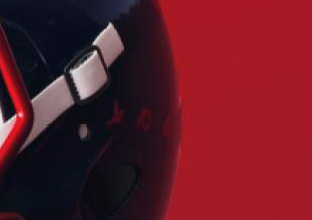 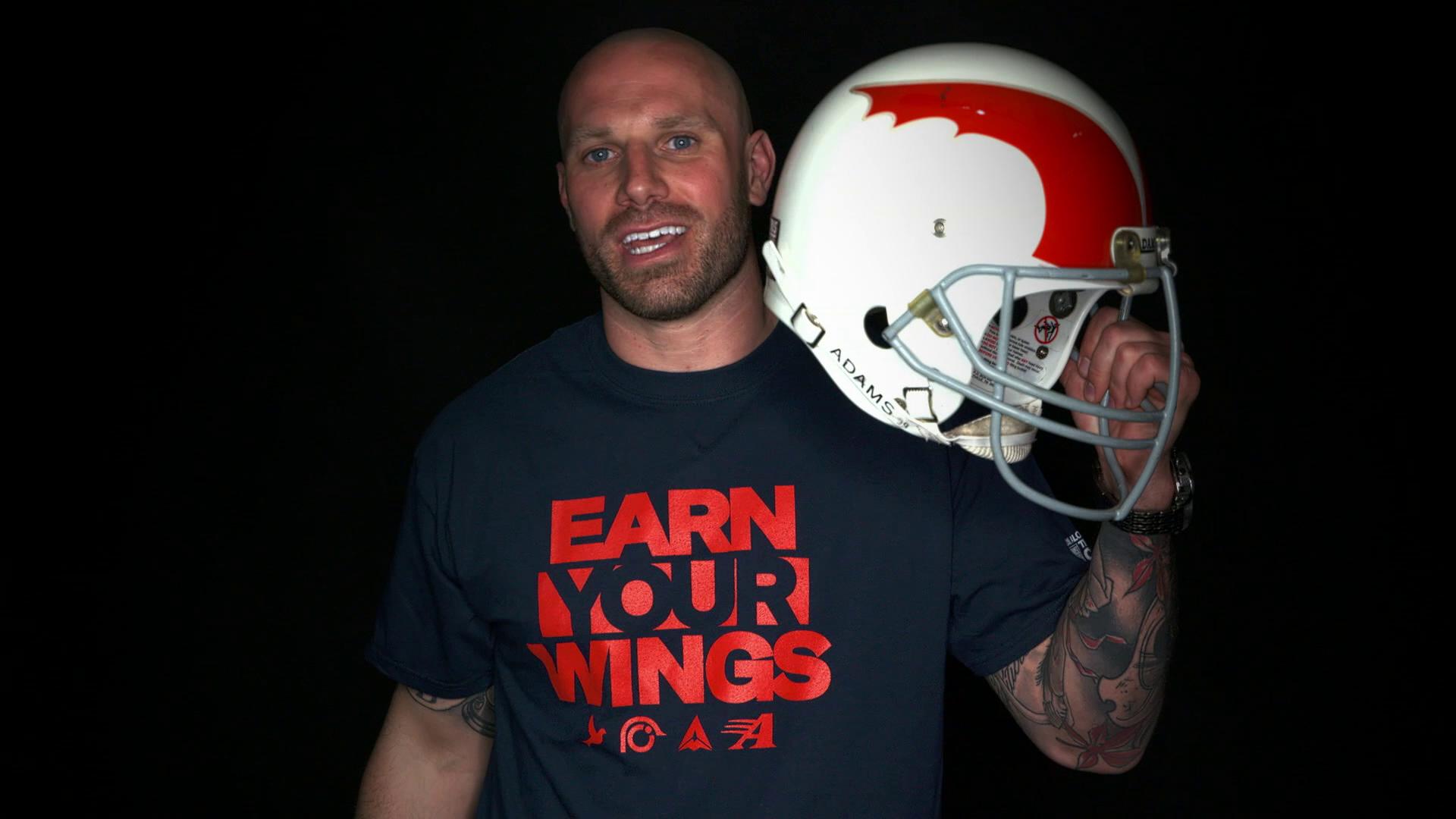 What is it going to be?

Based on what we know I did the concept below.

I added their slogan “Toujours Game” to the collar as they have embraced that as their new team motto.

For the pants, I believe they will go modern and match the Blue and Red look, however, the previous Alouette teams had white pants with their dark uniforms. 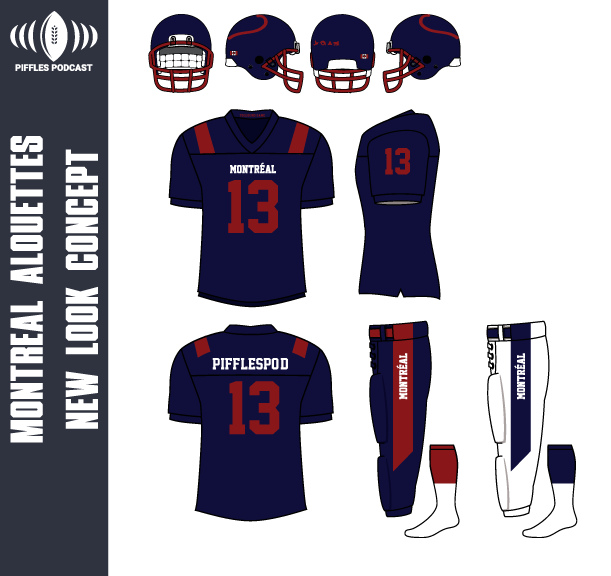