Yesterday, the CFL was abuzz as Michigan resident Brenden Kudla announced he was interested in adopting a CFL team. 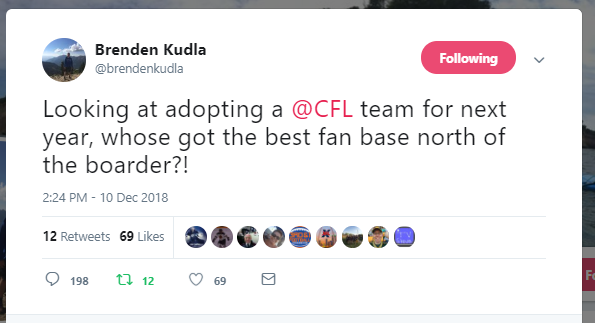 After an entire day of CFL fans making their case in an attempt to sway him their way, Brenden has made his decision. His camp has shared the following press release with Piffles Podcast: 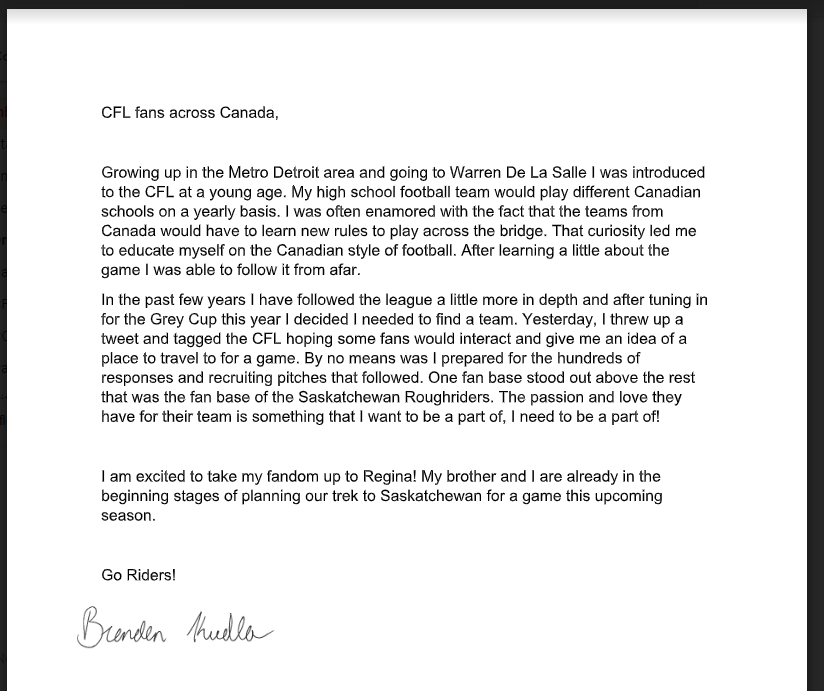 Ridernation, it’s time to welcome the newest member to our ranks. Make sure you reach out and welcome him properly.

Brenden – we look forward to seeing you and your brother in Regina in 2019!