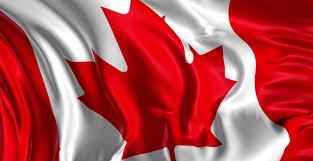 This Saturday we celebrate Canada’s 150th birthday and not much makes me feel more Canadian than the CFL. The great fans, the wacky rules (like a rouge… who awards a single point for missing a field goal or missing a coffin corner punt?? Canada that’s who!), the accessibility to the down to earth players… the CFL is really the epitome of Canadiana.

While much of the nation will have their eyes on Ottawa for the big party on Parliament Hill, we here in Saskatchewan get to celebrate Canada Day with the official opening of Mosaic Stadium as the Riders play the Winnipeg Blue Bombers, then after the game people will head over to Wascana Park for the fireworks. Combined with the events of the day, there is a lot going on here in Riderville and it should be one great party all around.

The buzz around Canada 150 has me thinking though. I find myself asking myself what does Canada mean to me and obviously freedom, respect and pride came up. But the more I think about it, the one thing that keeps coming up is the friendly people. And I’ve met the friendliest people at football games and at Grey Cups. We all share the love for the Canadian game and even though we may bicker and battle with other fans back and forth about how our team is better than theirs and their from a terrible city, etc. we mean it all in good fun and the CFL family is just that. A family.

What I love about the CFL is that we can all come together and celebrate something together, no matter where we come from, live or who we cheer for. My favourite example of this was at the Grey Cup in Montreal in 2008. At the Spirit of Edmonton, the BEST Grey Cup party room by far, we were able to snap a photo of one fan from every CFL team (save Ottawa as they didn’t have a team then). 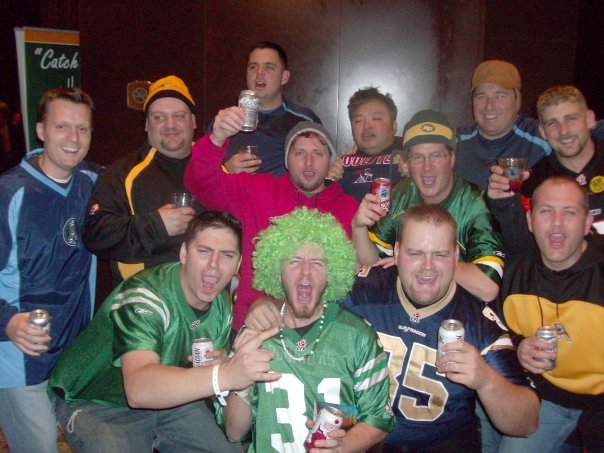 I have no idea who any of the other team’s fans are, but it didn’t matter. We all hung out all night and shared stories about the CFL and it was a great experience.

I’ve found this everywhere I’ve gone for a CFL game. Sure, you get some ribbing and being a Rider fan, we probably get it worse than anyone, but 99% of the time it’s all in good fun. I love that we can be ourselves and the CFL family welcomes you. I love that you can wear your teams colours in enemy territory. But what I love most is the amazing people I’ve met from across this incredible country, either on social media or in person on road trips. You truly are a friend with everyone in the CFL and to me, that is Canadiana at its finest.

So as we get ready to celebrate Canada’s 150th birthday this Saturday, remember that every game day in the CFL is Canada Day, no matter what the calendar says.

Does the CFL make you feel more Canadian? How will you be celebrating Canada 150? Let us know in the comment section below!