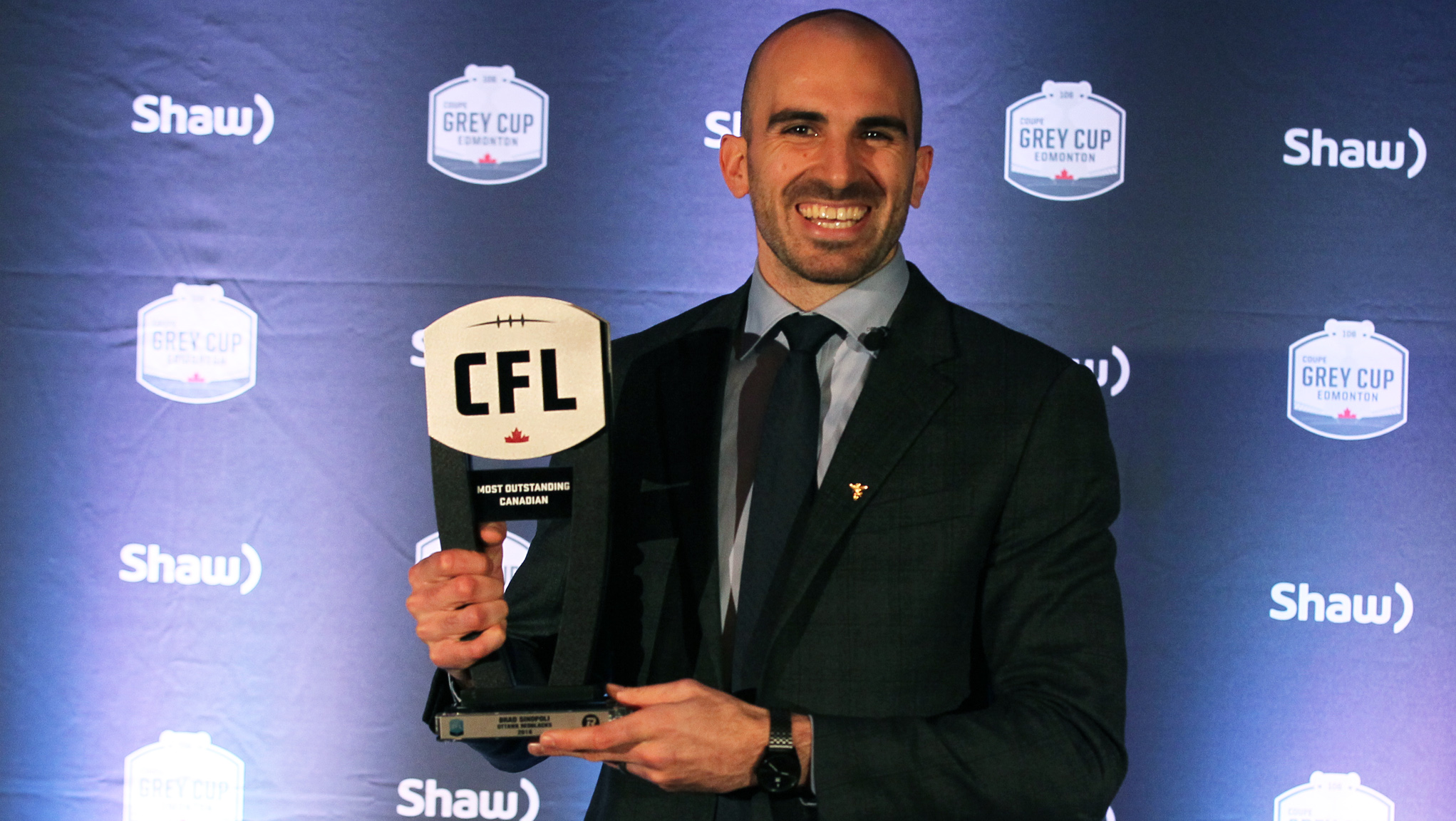 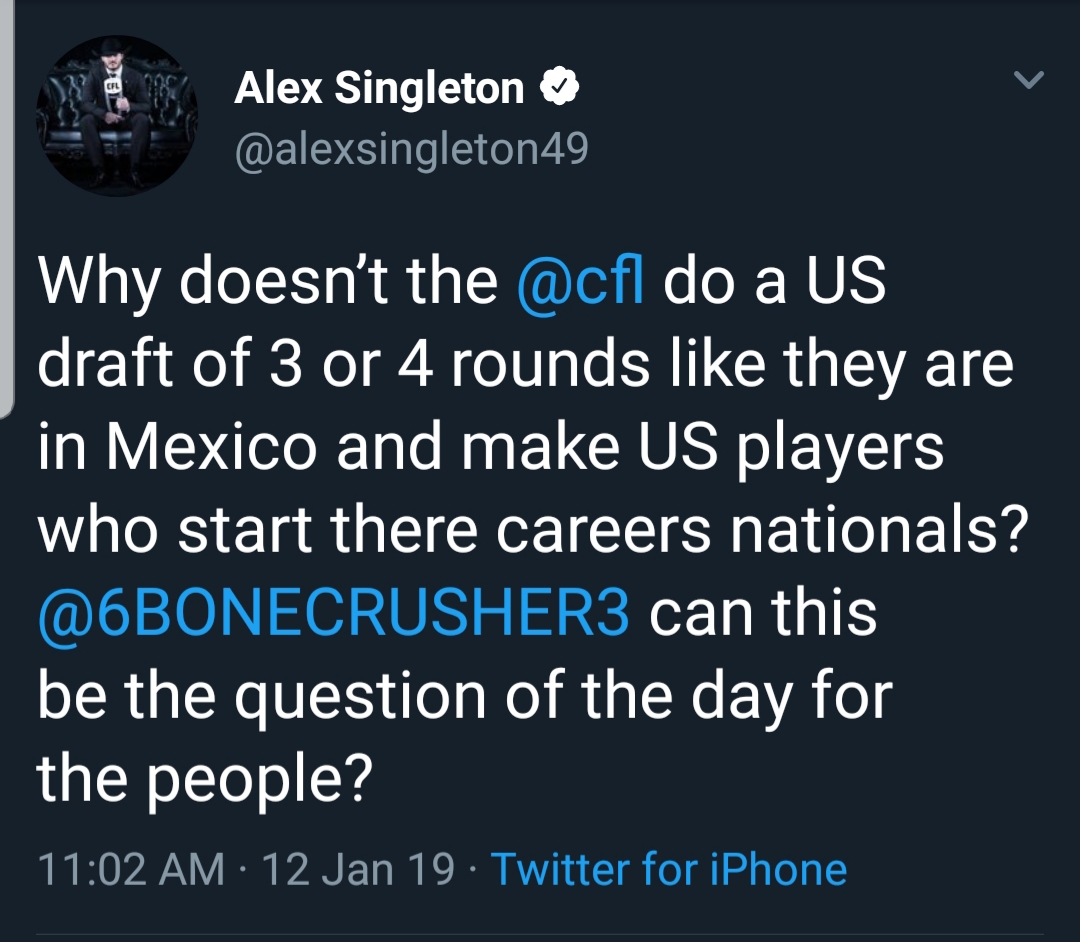 This caught my attention and really got me thinking. First, is he suggesting that International (American) players should be automatically counted as National (Canadian) players and draft them instead? Sorry Alex, not everyone can be granted a loophole like you are to be counted as a National player.

For those not aware, Singleton was bon in California, went to school at Montana State and qualified as a National (Canadian citizen) because his mom was born in Toronto. Similar to Canadian Football Hall of Famer Ben Cahoon. Cahoon was born and went to school in Utah, but spent part of his childhood in Alberta and his parents are Canadian. Because of the loophole created by the CFL, he too, qualified as a National (Canadian) player.

I use the word loophole only in the sense that the league used to go by Canadian/Import players and I guess that is what I’m used to. The league will find any measure they can to have players count as Nationals because of the lack of elite Nationals in the league.

But Singleton is on to something here. I would never have some sort of weird 4 round American player draft and then automatically count them as Nationals, as his tweet suggests.

But what about International players that come to Canada and play on the same team for 4-5 years? They could be granted National status. How about International players that make Canada their permanent home and live here in the offseason for 2+ years? I think that would be a great way to keep players in the CFL because they would start getting paid more, simply because of the ol’ passport rule the CFL has. We all know that Nationals get paid WAY better than Internationals do and this would be an incentive to keep these players here. It would also create the continuity in rosters that fans are BEGGING for. There is so much turnover in the league now, that fans stop buying jerseys because they know it won’t last more than a season.

The CFL is lacking high level Canadian talent. Plain and simple. Outside of O-Lineman, there are maybe a few impact Nationals in the league. Brad Sinopoli, Andrew Harris and Zack Evans immediately come to mind, but there is just a huge drop off from elite players like them to where the other top Nationals are. They aren’t terrible, by any means, but I just don’t see any bigtime stars that are more than “pretty good”.

The CFL needs to look at all measures to increase the talent level of their homegrowns. ESPECIALLY with a tenth team on the way. That’s another (minimum) 21 National players the league will employ. With teams putting out token 7th Nationals just because they HAVE to, the talent pool is getting thin and will likely get worse when the Atlantic Schooners join the league.

Time for a ratio change in the CFL to go from 7 starters to 6? I’d like to see it, even though I can’t see the CFLPA ever going for it.