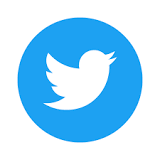 Just when you thought it was safe to be on Twitter, CFL players have started attacking!

Well firing back to be more accurate. It may be early into the season but it seems more and more CFL players are taking to Twitter to defend themselves against other players, fans, and the media.

Bo Levi Mitchell, while one of the stars in the league, isn’t shy to say what he wants when he is on social media. After Calgary’s tie with the Redblacks he took to Twitter to tell Sederius Bryant to stop running his mouth because he doesn’t play.  The lack of playing time could possibly be true as Bryant is a back up line backer and gets most of his playing time on special teams. However, it looks petty from the reigning MOP that he called Bryant first by number, then sent a second tweet when he figured out Bryant’s twitter handle.

While there is no way of truly knowing what Bryant said to get that far under Mitchell’s skin, he stayed out of it on Twitter saying he wanted nothing to do with social media beef. That said what is a back up LB going to say to the reigning MOP after a tie, “Ya… well… you didn’t win this game. So there…”

Rider Kicker Tyler Crapigna took offense to a “fan” who tagged him in a tweet about how many times he’s missed a game winning kick. If you ask that “fan” it’s every time, when you check the stats it is not even close to true. In fact, 3 of the Riders 5 wins last year were from the foot of Crapigna.

Sticking with the Riders, Rob Bagg might not be inviting former Rider Offensive lineman and current CJME analyst Belton Johnson for a beer soon. After Nic Demski’s break out performance starting in Bagg’s spot versus the Alouettes, Johnson tweeted out a yes or no poll asking if Demski should get the start over Bagg. Obviously, Bagg wasn’t a fan of losing his spot, even in Twitter poll form, for missing one game and let Johnson know he “appreciated” it. 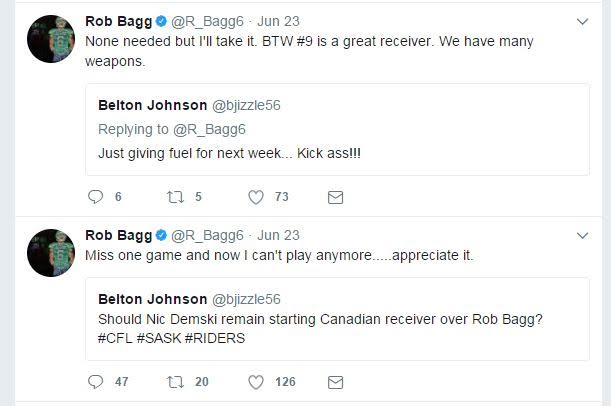 One of the greatest thing about the CFL is how accessible the players are. Through social media this site has been able to set up interviews, contests, and coming soon charitable donations in exchange for breakfast. However, social media is a double-edged sword with the good (ie. Toys and Breakfast) come the bad, trolls and keyboard warriors.

It is a fine line between defending yourself and ignoring a troll, one day that line will get crossed and we will all be happy to know that at least Khalif Mitchell isn’t in the league anymore…