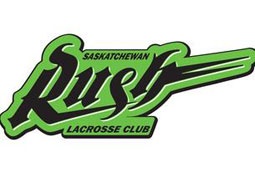 On Saturday night, while I sat in my seats for the first Roughrider game at New Mosaic Stadium, the Saskatchewan Rush were fighting for their playoff lives 260KM down the road at the Sasktel Centre. After losing game 1 of the Champions Cup to the Georgia Swarm, the Rush needed a victory in game 2 to force a 3rd game next weekend back in Duluth, Georgia.

As is always the case, the crowd was buzzing early and often throughout this back and forth affair. The Rush were behind 10-8 heading in to the 4th quarter, but flew out of the game scoring 4 times in under 3 minutes to take a 12-10 lead. As was fitting for this series, that was not the last lead change in the game, as the Swarm would storm back to take a 13-12 lead. Two late goals by the Rush (J. Thompson at 1:43 and A. Jones at 1:12) saw Saskatchewan regain the lead 14-13, but then the exuberance and excitement came to a crashing halt. With 11 seconds to go and the Swarm net empty, Rush head coach Derek Keenan opted to pull their goalie to even up the bodies on the floor. A clearing pass got by Chris Corbeil and on their 2nd shot attempt at the open net, the Swarm tied things up with 3 seconds to go.

Unfortunately for the hometown crowd, overtime was short-lived as Miles Thompson scored 57 seconds in to the bonus frame, quieting the fans and starting the championship winning celebration for the Georgia Swarm.

The move to pull Aaron Bold has been questioned in the two days since the game ended, but not from this writer. Derek Keenan has long since earned the benefit of the doubt from me, and many others after bringing the title to Saskatoon in 2016 (and Edmonton in 2015). If that final pass to Corbeil was completed, this article would have a much different feel to it. We would be looking at a game 3 preview rather than a title-run ending summary of a hard-fought battle.

I want to take this opportunity to thank the Saskatchewan Rush organization, and Media Coordinator Brandon Urban for allowing me the opportunity to cover the Rush this season. I want to thank John Fraser and Casey Guerin for giving me the view of a lifetime for my first NLL Lacrosse game from the Gondola above the Sasktel Centre floor. I want to congratulate the Georgia Swarm on a well-deserved championship, and finally, I want to thank the Rush players and staff for giving myself and the fans another season to remember. I look forward to seeing them take a run at the title in 2018.

I want to thank Katee Pederson for her amazing pictures. As I was unable to attend, Katee went in my place and in my opinion, documented the emotions of the game better than my words ever could. All photos included in this article were taken by her. Give her a follow on twitter (@KateePederson) and show her some love.