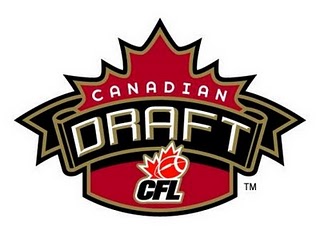 The CFL Draft was Sunday night and the Riders welcome 9 Canadians to the team hoping to upgrade their depth.

The Riders made a big splash in free agency by signing Canadians Marc-Olivier Brouillette, Kienan Lefrance, Aaron Milton, Eddie Steele and Ryan White to bolster their Nationals, but the draft is an important way to strengthen the team.

Holding the #2 overall pick, we were thinking the Riders were going to take an Offensive Lineman, their biggest weakness for Canadian depth, but they went with Cameron Judge, a Linebacker from UCLA. Judge has a rookie camp tryout with the Houston Texans of the NFL upcoming, but has said if he doesn’t make it to the Texans main training camp, he will fully commit to the Riders.

Judge looks to start out on Special Teams and possibly rotate in behind incumbent MLB Henoc Muamba and gives the team insurance should Muamba go down to injury. Judge appears to be a run stopper and shows a good knack for the ball and seems to fit the Chris Jones defensive scheme well. A fast, physical guy that can wreck a play. After starting with Greg Jones at MLB last season, it looks like the Riders will be going back to making that a National position for the foreseeable future.

One of the reasons the Riders went with Judge at #2 is they felt they could get their O-Lineman in the 2ndround at pick #11. They got him when they took Dariusz Bladek out of Bethune-Cookman. Word was the team was looking at taking Bladek with that first-round pick and if that was the case, they got him as a steal in round 2. Bladek will put immediate pressure on Josiah St. John and Dillon Guy for a starting gig on the O-Line and adds insurance behind Brendan Labatte as he comes back from injury.

The Riders didn’t have a 3rd round pick after forfeiting it for selecting Kevin Francis in the Supplemental Draft last year. So, in round 4 the Riders took TE Anthony Auclair from Laval with the 30th overall pick. Auclair is getting some NFL looks, so he may not be here in Saskatchewan right away, but if he does come north of the 49, he adds quite the dynamic set of skills to the receiving corps. Tight End isn’t a traditional position in the CFL like it is in the NFL, but he is a big body that could work well in the slot.

With their 2nd pick in round 4, Chris Jones made a questionable pick by drafting OL Eddie Meredith out of Western. Meredith wasn’t on any scouting reports because he was listed as retired after quitting football due to illness and finishing his degree. It sounds like he wants to get back into football and the Riders worked him out recently, so Chris Jones must know something we don’t. Meredith is a project pick, but taking an OL in the draft is never a bad pick.

Some local flavour staying in Riderville as Wide Receiver Mitchell Picton of the U of R Rams was drafted in round 5 at 37th overall. Picton was one of the higher ranked receivers coming into this draft and could be an absolute steal for the Riders in the 5th round. Picton is a touch undersized at 6’2, 197lbs, but if he can hit the weight room and add a bit more muscle, he can be a home run for a decade. Picton will provide some much-needed depth behind Rob Bagg and Nic Demski. Bagg isn’t getting any younger and Demski is slated to be a free agent after the 2017 season.

The rest of the draft is a bit of a crapshoot and full of players that are projects or players that just won’t make the team. In the 6th round, OL Danny Sprukulis out of Toronto, LB Alexandre Chevrier of Sherbrooke and DT Emmanuel Adusei of Carlton in the 7th round, and with their final pick in the draft, OL Marc Glaude of Montreal.

The final breakdown of picks looks like this: 4 OL, 2 LB, 1 TE, 1 WR, and 1 DT. A bit surprising that the team only took one Defensive Lineman, but I’m happy that we addressed the biggest need on the Offensive Line and made that a priority. After a bit of a swing and a miss in last year’s draft, Chris Jones seems to have done a better job, especially getting players that can make an immediate impact on the team.

Hard to give draft grades as we won’t really know for a few years how this draft turned out for the team, but if I had to give a grade, I’d give a B+. The only thing keeping this draft from an A is the uncertainty of Eddie Meredith, but if he comes to camp and makes the roster, this could be one of the best drafts in recent Rider history.

For more coverage on the CFL draft, we hit the recording studio this Wednesday and will release episode 38 on Thursday Morning. We will have the Eskimos Empire Podcast joining us for their 2017 preview, and much more!