The Riders are back home tomorrow night to put their four game winning streak on the line against the Ottawa REDBLACKS in their second meeting of the 2018 season. The first match up couldn’t have gone worse for Rider Nation with a 40-17 drubbing at the hands of the Ottawa REDBLACKs, but much has changed since then. Let’s take a look at tomorrow’s matchup.

No Duron Carter covering Diontae Spencer, and more on the Defense

Last time these two teams met, Duron Carter was starting at corner, and Diontae Spencer ate him alive to the tune of 80+ yards including a long touchdown reception. Duron Carter is no longer a Rider, and his spot has been overtaken by Riders likely nominee for rookie of the year, Nick Marshall. Marshall has had a few shaky moments, but he’s mixed that with some stellar defensive play.

So far the game versus Ottawa is the one game this season that the Riders defensive has let them down. They will come in to this game with something to prove. Derrick Moncrief returns from his stint on the 6 game injured list, to take back his SAM LB spot from Matt Elam. Elam shifts out to Corner ahead of Jovon Johnson. We all wondered how they would get Elam, Eguavoen and Moncrief on the field at the same time. Now we know, and it looks great.

Get Pressure on Trevor Harris

The Riders need to get the Trevor Harris. This is a key to every game, and it is even more important versus the Ottawa REDBLACKS. Last game, Harris had time to have coffee before throwing the ball, and that won’t work if you want to beat them. Zero sacks won’t cut it against most teams in this league, and it certainly won’t work against a guy who has so many offensive weapons to throw to. As good as your defensive backfield is, somebody will get open if Harris is given enough time. Hit him hard, and hit him often.

The return of Mic’hael Brooks last week helped the Riders defense contain Andrew Harris, and he will be huge if the Riders want to do it again this week. Brooks was not yet in Rider green when these two teams met, and Powell went off for almost 120 yards in offense (and two touchdowns). If the Riders want to keep their winning streak alive, they have to stop the run. Make Trevor Harris beat you throw the air, and you have a substantially better chance of beating them.

The Riders offensive line needs to be at their best on Saturday night, as the main objective (other than a win) has to be keeping Zach Collaros healthy. That has likely never been more important than it is this week after the hellacious hit that Collaros took from Jeff Hecht in the Banjo Bowl. As Collaros goes, so go the Riders, and after the early season concussions, the Riders and Collaros cannot afford to take many more hard hits that could result in missed time. Simply put, this team is much better with Zach Collaros at the helm. 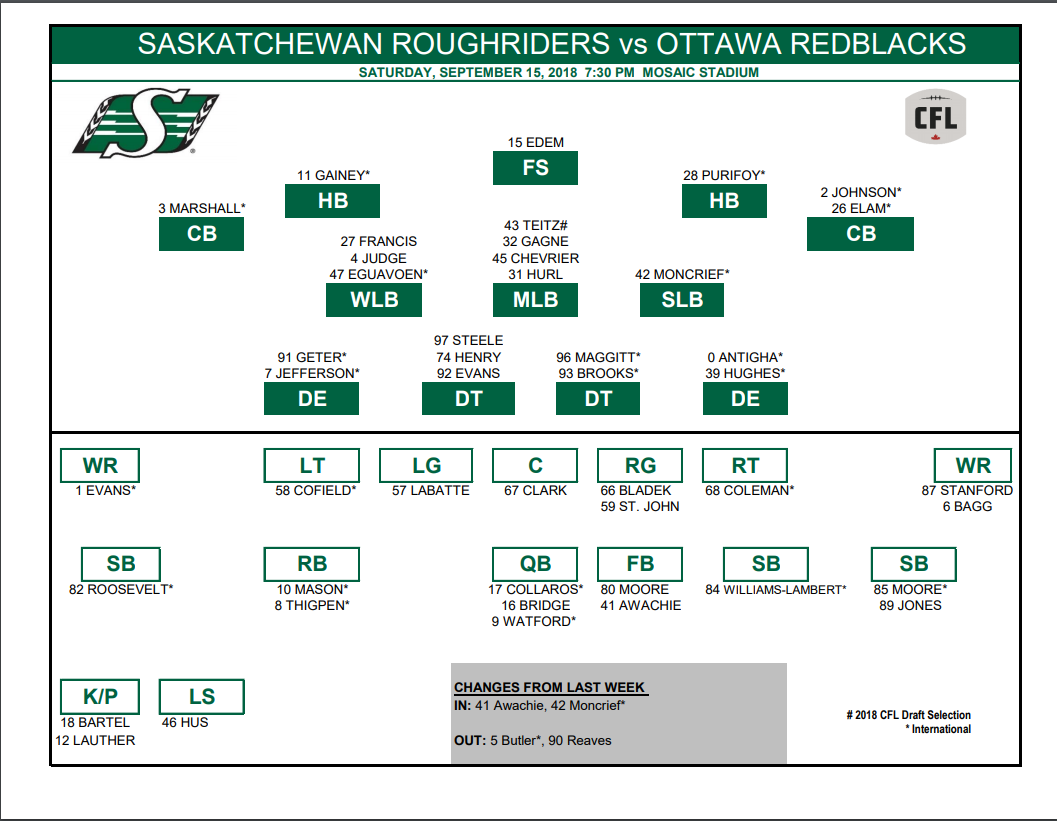 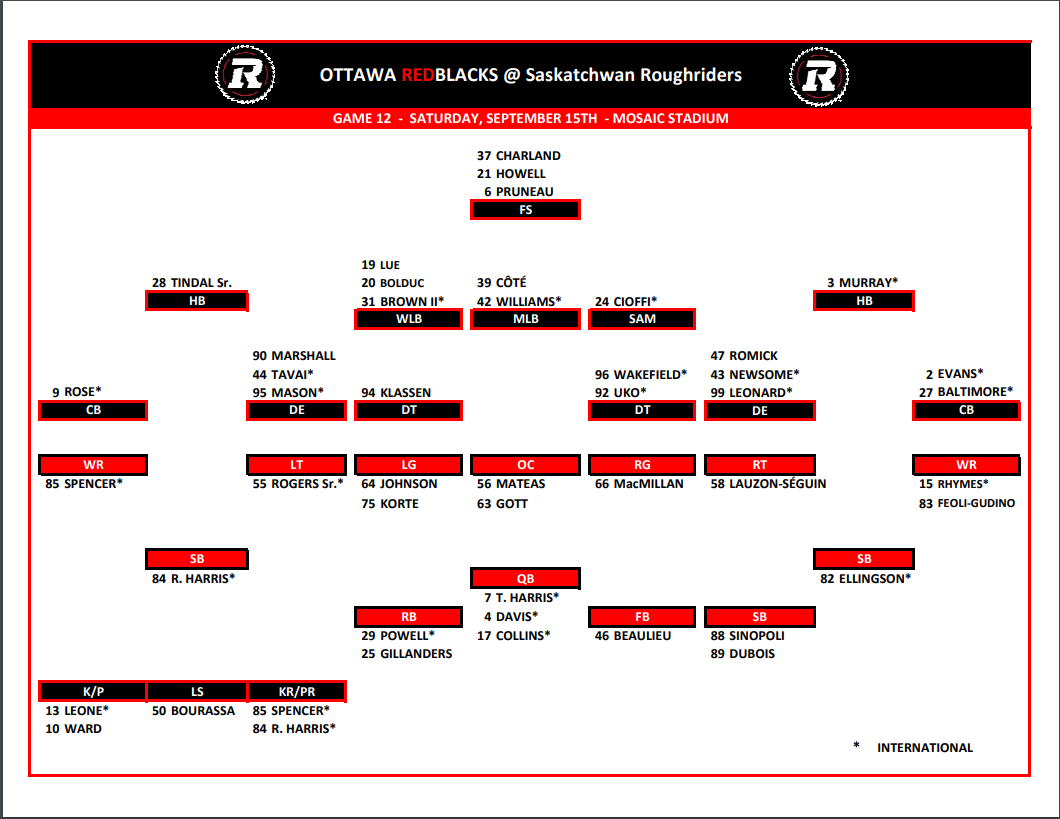