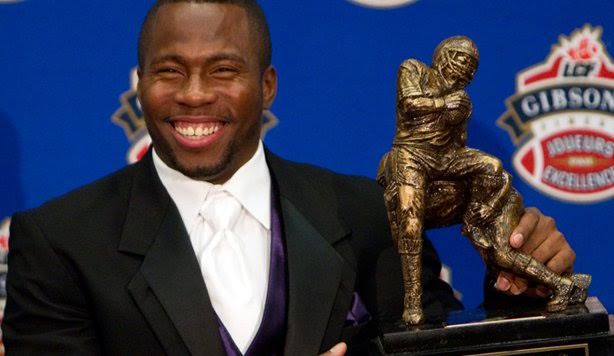 We had the opportunity to have a chat with 2011 CFL Defensive Player of the Year, Jovon Johnson. As always, it complete surprises me how fantastic so many CFL players are, as they take time of their busy offseasons for fans and media on a regular basis!

Piffles Podcast:  What is the best part about playing in the CFL?

Jovon Johnson: The best part about playing in the CFL is the relationships you build along the journey. You meet guys that have the same motivation and drive that you do and genuinely love the game! We sacrifice our families, our bodies, our time for the love of the game because we aren’t getting paid what they do in the NFL!

PP: What drives you to continue to improve your skills on the field?

JJ: What drives me is the goal of being the greatest to ever have played! The motivation to win a championship and share that moment with the guys in your locker room! To continue to show those who doubt me that I am in control of what happens with my future! I want to silence all those who don’t believe in me!

PP: Growing up, was there any particular athlete/athletes you idolized and if so, why?

JJ: Growing up I idolized my uncle! My uncle was the person I wanted to be just like. His name is Derick Jordan a phenomenal basketball and baseball player! He taught me all life lessons on how to set myself up for success. Instilled qualities in me as a kid that a lot of other children lack! I was a basketball player and baseball player growing up because of him! I started playing football in 8th grade! My idol for that game was Deion Sanders! Arguably the best that ever played!

PP: I heard that you sold your 2007 Grey Cup Ring. Why did you decide to sell it, and do you ever regret selling it?

JJ: I sold my Grey Cup ring simply because I was not a part of what they accomplished! The GM took me off the active roster for the Grey Cup and placed me on practice roster! I was paid $500 for the game and that was unfair when the other players were paid $16,000.

PP: To date, what has been the highlight of your football playing career?

JJ: The highlight of my career would have to be winning Defensive Player of the Year and being the first defensive back to win the award of a league that lasts over 100 years! That was pretty amazing to me. 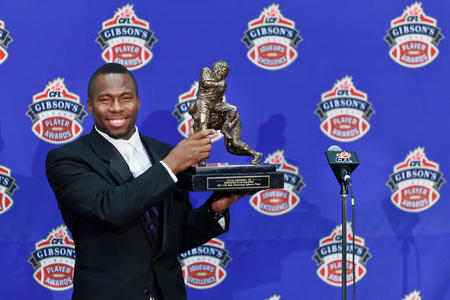 PP: What is the hardest part about free agency coming up, other than wondering where you’ll end up?

JJ: The waiting process of free agency is the most painful. For some of us it could mean the end has come. It’s scary even thinking about it. Knowing that you have a lot left in the tank and being unsure if you’ll ever play again is the hard part at this point in my career!

PP: Who is the most difficult receiver you have had to cover in your CFL career, and what made them so tough to cover?

JJ: I’ve faced so really good receivers over the years! Some of the most difficult to cover I’d have to say would be the likes of Kenyon Rambo, Arland Bruce, Fred Stamps in Edmonton, Adarius Bowman, Terrance Edwards! Those guys would never back down from a challenge! That is why they were so good they played with confidence and swagger. You could never leave out the greats Milt Stegall and Geroy Simon!

PP: You are a very active participant on Social Media. What is it about Social Media that makes you keep coming back?

JJ:  Social media for me is a place where I get to interact with those who don’t really know me! Gives them a little insight in our lives as players! You get to meet a lot of people some positive and some negative but the interaction is the thing. There are a lot of people on social media that speak highly of the players in the CFL how involved we are with the fans, but on the other hand their are fans who do not like certain players and will voice that to you publicly! Some comments are unacceptable and I’ll respond to that, but I’ve been able to sweep those negatives under the rug now a days! Lol>

PP: If you could offer one piece of advice to someone just coming up to the CFL, what would that advice be?

JJ: Understand it doesn’t matter where you came from whether that was the NFL, AFL, College or another CFL team you still have to work your way to the top! CFL is a different game and you aren’t entitled to anything everything must be earned! Don’t take it as an insult but more of a challenge to continue to prove you belong and that’s what’s most important!

PP:  Xbox one, Playstation 4 or Nintendo Wii U?

JJ: Xbox is my thing so I have to go with Xbox one!