According to Manny Matsakis, the Head Coach of Defiance College in Ohio, Jovon Johnson has accepted a position on their coaching staff for the upcoming season. The former defensive player of the year in the CFL will become the Defensive Backs coach. 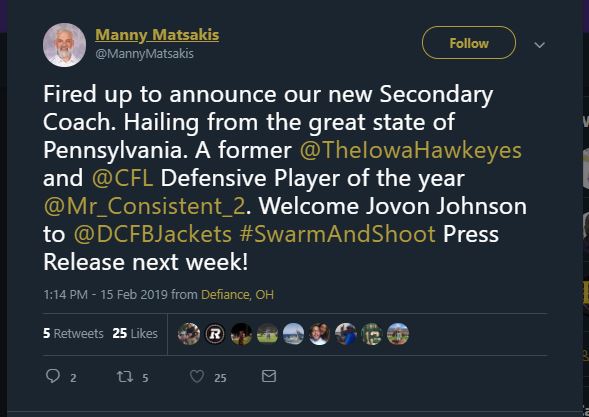 The 2011 CFL Defensive Player of the Year finishes his CFL career with 564 tackles, 35 interceptions and 10 forced fumbles over a 12 year career. 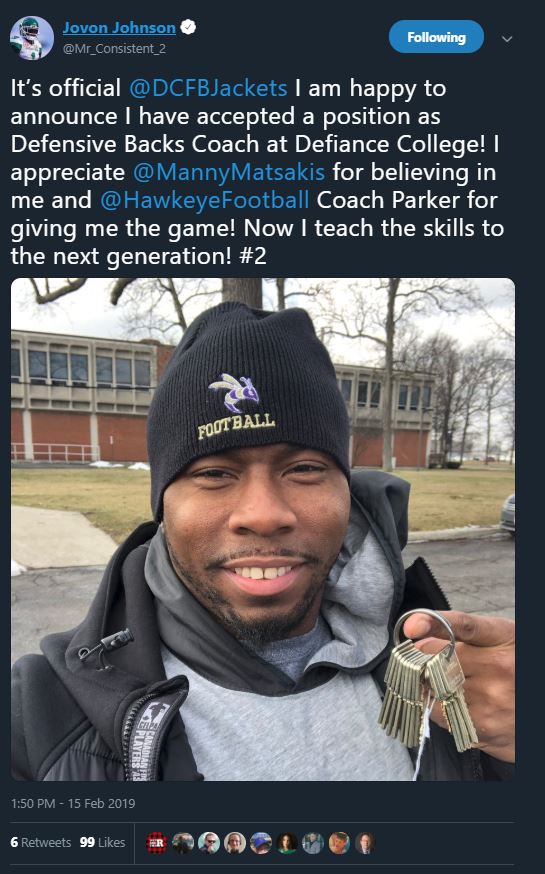