Earlier today, on the Facebook group Rider Fans Unite, Rider fan Rick Cowan suggested that Jovon Johnson could be our next defensive backs coach. I was quick to suggest that he was still interested in playing, but it turns out that may not be the case. 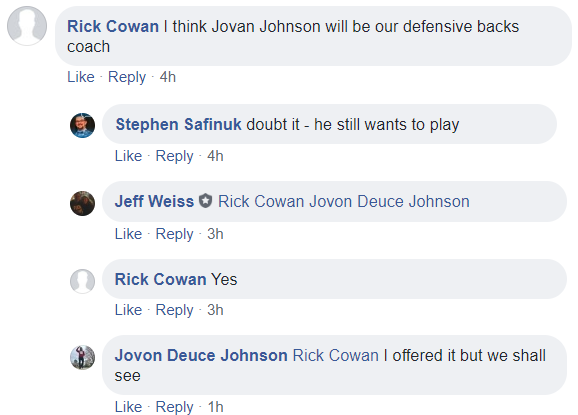 As you can see, Jovon Johnson has reached out to the Riders, expressing an interest in the Defensive Backs coaching position that could become available should Jason Shivers move up to become defensive coordinator.

The 35 year old defensive back has spent 12 years in the CFL with Saskatchewan, Montreal, Ottawa and Winnipeg, and spends a lot of his free time mentoring and coaching youth.

What are your thoughts, Ridernation? Would you like to see Jovon Johnson stick around and take over as defensive backs coach?