As Mark’s CFL Week comes to an end with the remainder of the CFL Combine on Sunday, I’d like to take some time to recap my personal favourite parts of the last few days in Winnipeg.

First, Winnipeg, you are a great host for what is now becoming an annual event in CFL Week. The facilities you had the events in are top notch. The CFL Hall of Fame Announcement and afterparty at Investors Group Field was very nice, I loved the open area where the Combine and the Fan Fest area in the RBC Convention Centre were and the Radisson Hotel where the media days were held were all great locations.

I don’t think there were as many people at the event this year as there was in Regina in 2017, but that could also be because in Winnipeg it was a more open area where the Fan Fest was. In Regina, the roofs were smaller and at Evraz Place it is a bit more of a tunnel area which is more intimate, so it felt like it was attended more in Regina. But the one thing Winnipeg and the CFL did great this year was get kids involved. On Friday and Saturday the fan fest was FILLED with little CFL fans and that is what this week is starting to become all about. Getting kids out to the free events and get them to see the stars and alumni the league brings out.

Lots of great things at the Fan Fest, such as a field goal kicking simulator, a VR QB game, the Grey Cup was there and getting a jersey customized to be drafted were all hits with the fans. There were lineups for everything and that’s only a good thing!

I DO wish the CFL would make things a bit more local. What I mean by that is this isn’t an event that a lot of people will travel to. If this wasn’t within driving distance, Piffles Podcast wouldn’t have gone. While it is a lot of fun, I’m not sure I would go across the country for it. I wish there was more Bomber players and alumni there all week. Most players were there for a day or 2 tops before they went back home. Keep them out there all week! Make it all about the Bombers in 2018. Maximize that local flavour. Get the entire team out there as well as 2-3 players from each of the other teams, but this should have been predominantly a Bombers event in 2018.

The CFL Combine is interesting to watch and I’m glad that’s becoming an event. Watching the GMs and Coaches react to how these kids perform is entertaining enough. You can really start to see what it is they are looking for a player when doing evaluations. Good on the league for streaming the event and making it accessible to fans. Another great initiative done by the CFL.

Obviously, the media days were my personal favourite. We’re fans just like you, so the fact that the league is willing to allow us to set up a microphone and a table and get the CFL stars to come chat with us is really cool. Talking to guys like Zach Collaros, Ricky Ray, Bear Woods, Simoni Lawrence, Naaman Roosevelt, Bryan Burnham, Josh Freeman and they even brought Commissioner Randy Ambrosie by for a chat, it’s all just surreal for us. Keep your eyes on pifflespodcast.com for more content from CFL Week a little bit later on.

But all of this couldn’t have been done without the tireless effort of the AMAZING CFL staff. There are simply too many to name, but trust me, your hard work is seen and is VERY appreciated. Everyone in the pic below is so easy to talk to, regardless of how busy they are and the work they put in is incredible. Thank you to ALL the CFL staff for making this Mark’s CFL Week a great event! 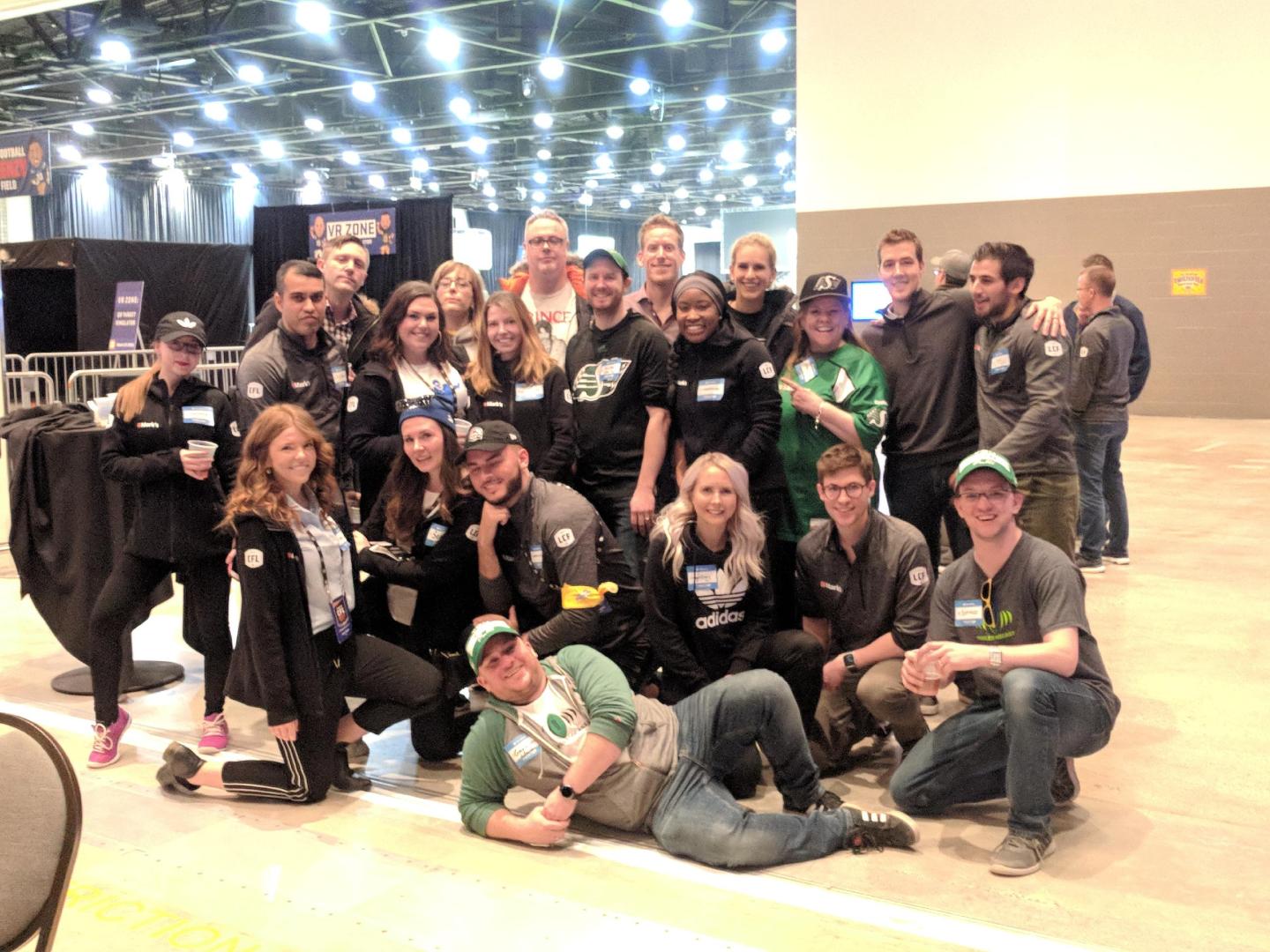 I know not everyone was in this picture, but I do want to give a special shout out to two that weren’t. Lucas Barrett and Clare Hutchinson. Behind the scenes you are working tirelessly to make the league run smooth and it’s noticed. Thank you ALL for making the CFL what it is and people like you are why the CFL is hands down the best league to be a fan of.