Newsome, who started for the Riders last week, was released midweek by Chris Jones for “philosophical differences.” Newsome removed most of his social media following the release leasing to speculation that the release may have had something to do with a liked tweet of an impression of Chris Jones.

Today Newsome gave his side of the story via twitter while thanking RiderNation.

Newsome did not shy away from the reason for his release putting it square on the shoulders of Defensive Line coach Ed Phileon, not Chris Jones. While Newsome did not go into the details of the conversation, he denied any claim that he spoke ill of the coaching of the team. However, that was not the story Jones got from Phileon, which lead to the release of Newsome.

Riders won’t face Newsome and the Redblacks till September 29th in Ottawa. 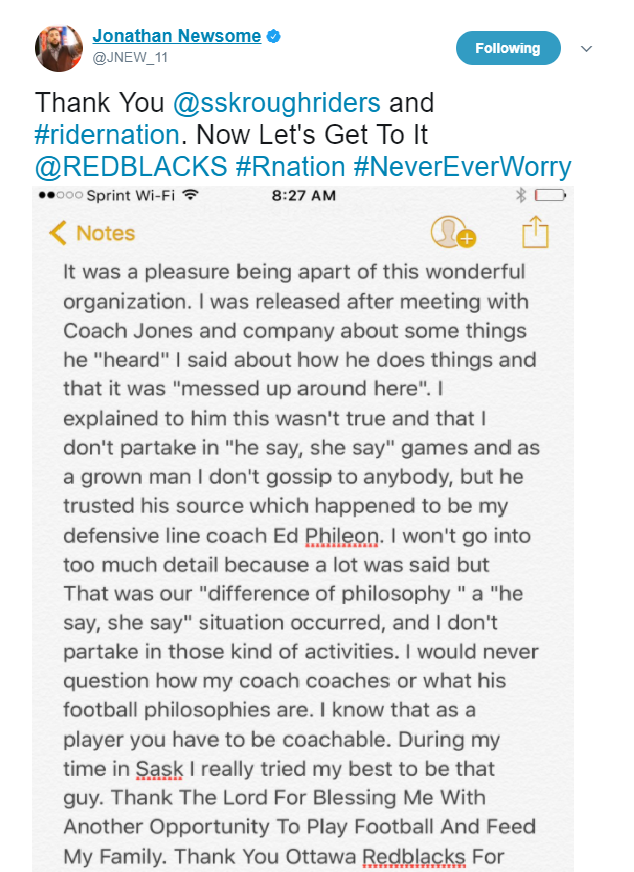