No Running From This For Harris

Stop me if you heard this one but, what jungle cat does Andrew Harris run like?

Now I am not here to debate whether or not Harris actively tried to skirt the rules. As an athlete he is responsible for what he ingests into his system, and he needs to actively check what supplements he is or was using to ensure that he doesn’t get flagged. Just ask his teammate Jeff Hecht, who I am certain will be just as understanding with Harris as he was with REDBLACK Louis-Philippe Bourassa. 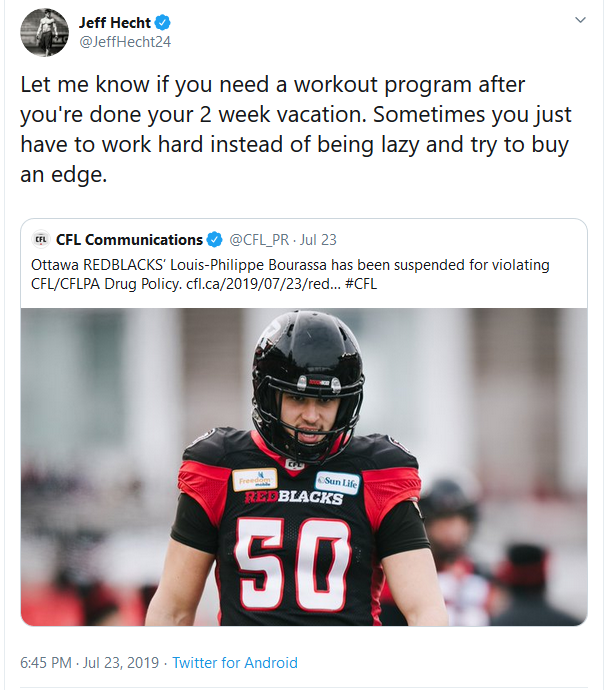 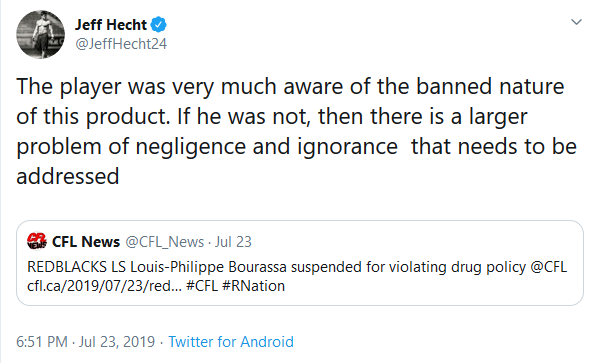 Oh, never mind that may be awkward…

I have seen people on twitter give him the benefit of the doubt because “He has never failed a past drug test.”

Look I’m not saying he did it, but drug tests aren’t infallible look at what happened at the massive scandal with Russian athletes and their massive doping complex.

Or if you really want to keep it more simple than a government and national body giving the entire sporting world the middle finger, probably one of the biggest names in Major League Baseball’s doping Scandal, Alex Rodriguez, never has a single failed drug test when MLB started testing yet was suspended for 211 games in 2014.

The people that want to skirt the rules via performing enhancing drugs will always be 2 steps of the people that are trying to catch them.

But in all honesty, it doesn’t matter if he accidentally did it or if it was intentional, either way he was feeling the rewards of a banned susbstance and he got caught.

For him there is no running from it, this accusation will likely follow him around for the rest of his career because we will never really know what happened.

I am a New England Patriots fan, and lord knows every year I have to hear about Tom Brady and slightly deflated footballs.

I hear the same jokes every year, despite the many clean championships after.

So, stay strong Bomber fans, I know from experiencw you will be hearing about this for many years to come, so we aren’t so different…

Well… besides the championships.