After last weekend’s dominating 40-27 win over the previously undefeated Calgary Stampeders, the Roughriders head out to BC to take on a desperate 3-5 Lions team that needs a win to stay in the Western Division playoff race. Let’s look at some of the keys to this game.

The BC Lions are a perfect 3-0 at home, with wins over Edmonton, Winnipeg and Montreal, while sitting 0-5 on the road. The Riders need to come out early, set the tone and remove home field advantage from the equation.

As great as Brett Lauther has been this season, the Riders needs to start converting their red zone opportunities into 6 instead of 3. 9 offensive touchdowns through 8 games is nowhere near good enough. Here’s hoping they were just waiting for relaxed touchdown celebrations to get the party started.

Get to Travis Lulay early and Often

The Lions have rallied around Travis Lulay since his return from injury , and the last thing you want to do is give him time to find an open receiver. Hughes, Evans, Brooks and Jefferson have done a solid job of keeping opposing quarterbacks moving, and they will need to do a solid job of that on Saturday night.

What was described as a weakness only a few short weeks ago, has turned into a position of strength. The Riders have only allowed 2 sacks over the past 4 games, but they will certainly have their hands full with Odell Willis and Shawn Lemon. They are 2 of the best pure pass rushers in the league right now.

Holley Out, Bailey In

With the injury to Caleb Holley, the Riders appear ready to turn to Devon Bailey to take his place. An extra Canadian on offense can only mean good things for our defense, but what will it mean for an already struggling offense. Bailey has performed well in his limited opportunities, and he will get a good chance over the next 6 weeks (or more) to show that he should stay on the starting roster.

I think the Riders finally start converting those red zone opportunities, and finish with 3 offensive touchdowns on route to a 31-17 victory over the BC Lions, and a 5-4 record. 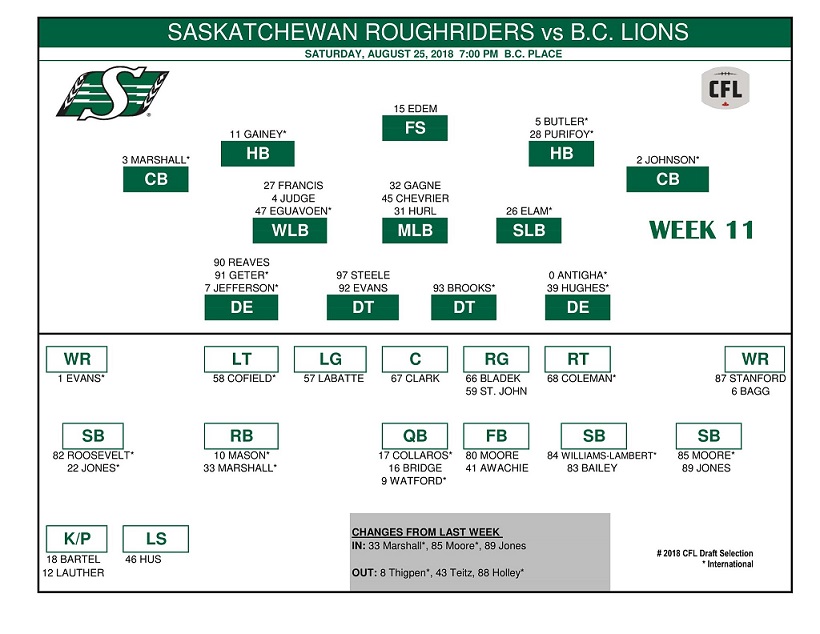 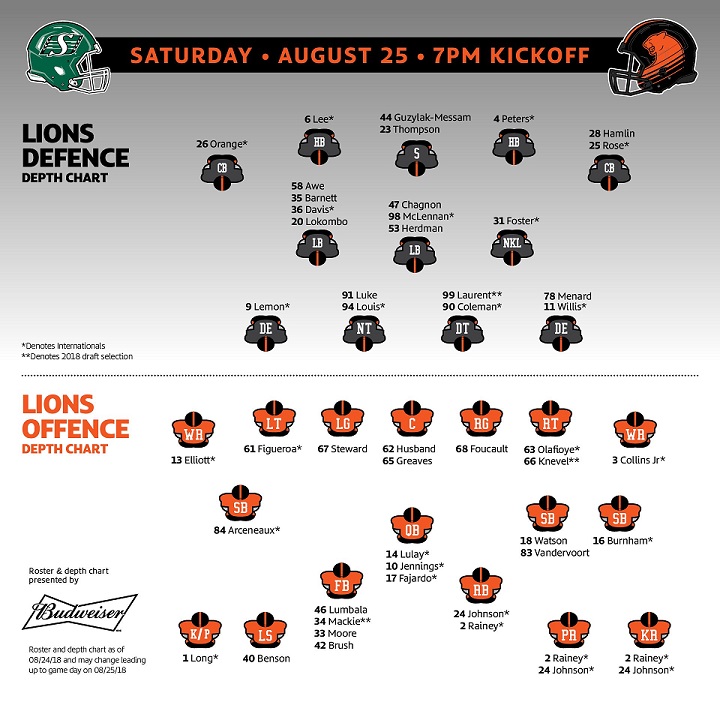