Now that the bloodletting is over with CFL cut day, it is time to speculate on what that means for the roster.

– First, it appears the Riders have 8 National starters. Which is good because if they really are going to keep Messam on a pitch count until late in the season, Marcus Thigpen and Tre Mason will be expected to carry the load.

– Looking at the Offensive line, the surprise cut of Travis Bond will save the team money but also has sacrificed depth. Will the team make a move to bring in a vet to bolster the line, especially after the terrible preseason performance against Calgary? I am sure they still have Peter Dyakowski’s number somewhere in the Riders front office.

– We have been saying it for months the defence is stacked. The only true question mark is how is Cameron Judge/Sam Hurl at Middle Linebacker going to play out. Riders haven’t been known for their run defence the past couple of seasons, hopefully, this is not more of the same.

– Yes, Rob Bagg, Bakari Grant, and Chad Owens were cut but I am not mad at looking at the receiving starters of Duron Carter, Naaman Roosevelt, Caleb Holley, Devon Bailey and Jordan Williams-Lambert.  Williams-Lambert looked great in the preseason and we will see if he can keep it up when the games are for real, but with Christion Jones and Shaq Evans on the roster, there is plenty of talent still there.

– Devon Bailey is probably in the worst spot of anyone, he is replacing a cut player that was BELOVED to RiderNation. Bagg was the ultimate Rider: Undrafted, played his way on to the team, had several major injuries, played himself back on the team. You couldn’t help but love the guy and his work ethic, but he is gone and Bailey is the next man up.

But I am calling it now Bailey could catch 1000 yards this year make and 100 out of 101 catches… there will still be some fans who would lament that Bagg would have made that missed catch. 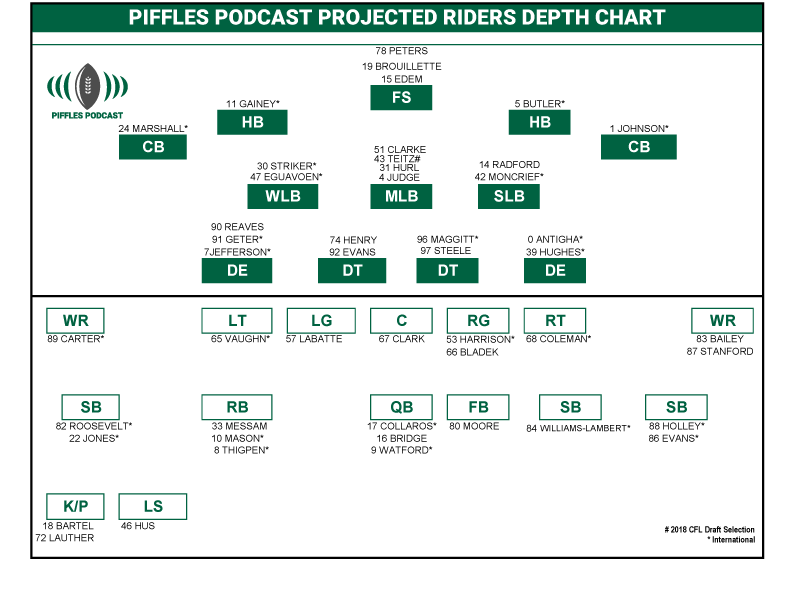