It’s a bye week and I am starting to get Manzieled and TO’ed out… well until the Riders have the announcing press conference then I will be back on it.

But going through my memories on Facebook I discovered something was celebrating a birthday on August 8 and decided it was time to revisit it.

If you don’t know what I am talking about here is Rob Bagg’s biceps with Rob Bagg modelling the look in Reeboks promo photos. 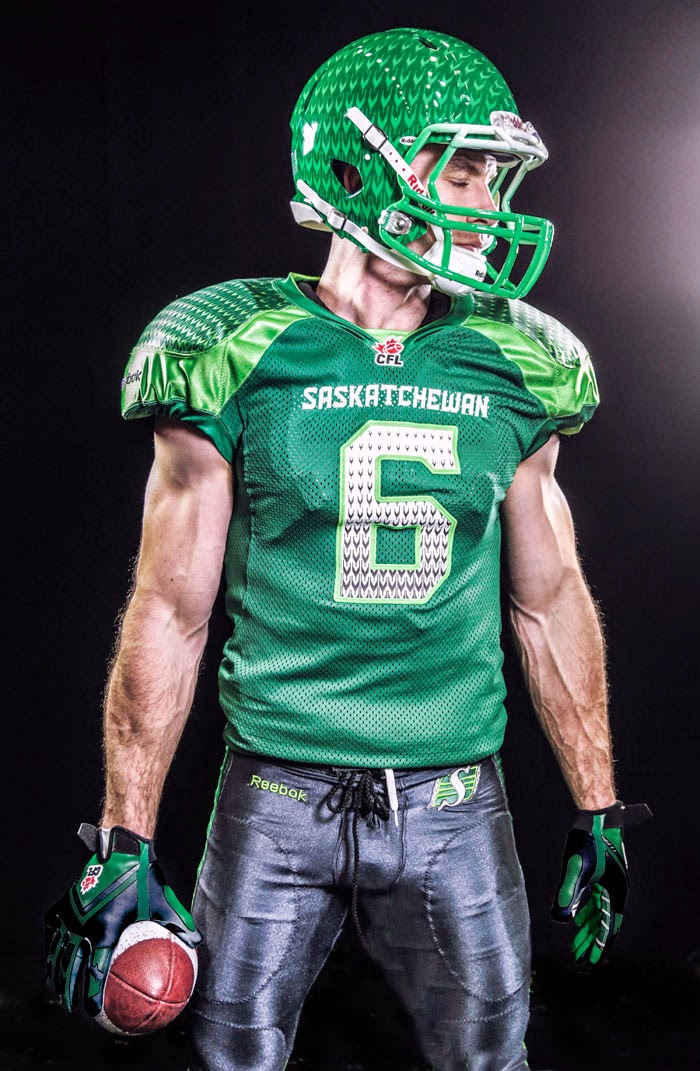 The signature look series was Reebok’s way of being more creative with the CFL looks and some of the things they did look really good, like the Stampeders’ All Black with 2 tone helmets and BC’s Gunmetal grey uniforms. While some others just looked like garbage, I am looking at you Winnipeg’s pigeon crap uniforms and Edmonton’ Practise jersey with oversized logo.

The Riders look was a mixed bag of positive and negatives.

Green with envy – The 2 shades of green really made the jerseys pop. The Riders had to release their teasers in black and white trying to keep it a secret. However, when a lot of the Rider merch that season had the lighter green already featured it wasn’t difficult to figure out why the teasers were without colour.

Tell them where you are from – The Riders have had the word Saskatchewan across their chest since the mid-2000s, however, the signature look made it bigger and more of a focus on the uniform. The Riders carried the same font over into their initial Adidas uniform, chances are it will be transferred into their new look by the new supplier next year.

I am Rider Nation – Such a simple phrase but a reminder for everyone who sees the jersey hanging. The collar marks have been a feature most teams have now implemented into their uniform designs in all sports, usually as a nod to the fans who spend their hard earned money to show their passion.

The not so good:

It’s not a watermelon – Many have theorized that the wheat on the helmet was put on that way to make it look like the team was wearing a watermelon in honour of the fans. It wasn’t, that was a happy coincidence and it looked terrible.

Too much wheat – The wheat was a great idea and looked great on the shoulders, but the helmet and the numbers didn’t look that good. Plus, on a logistics side of things having those speciality numbers for that one jersey probably made it difficult to custom a jersey quickly for fans.

What I would have done:

Below is a mock up of what I would have done. Clean up the numbers and helmet and do some small tweaks on the size of the wheat 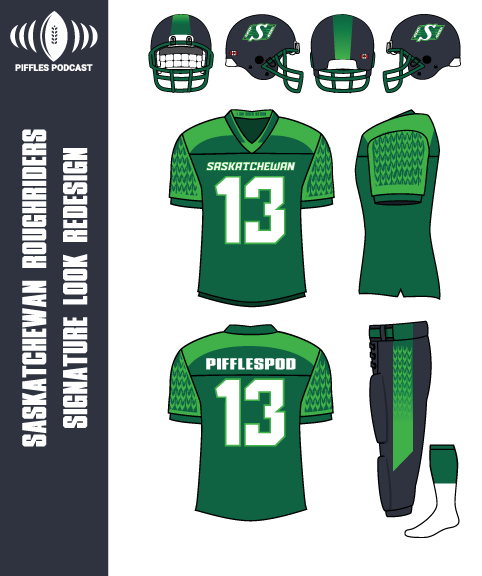 Let me know what you think in the comments below or hit me up on twitter.

Should I redesign more? If so who’s next?