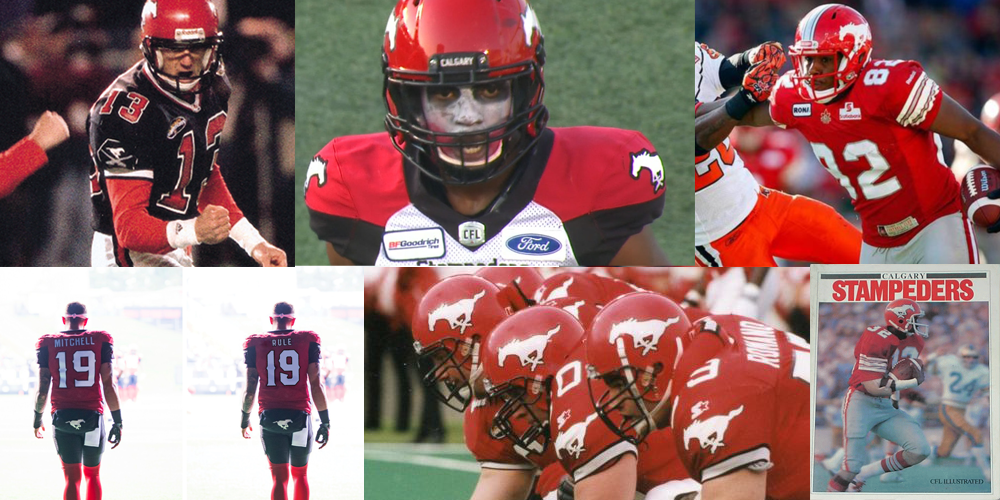 My Calgary Stampeders Vision Board

You know for being arguably the most successful team in the past decade the Stampeders have been pretty blah when it comes to looks.

It could quite possibly be that since Ottawa came back into the league it it looked like they were 2 pallette swapped teams, like Sub Zero and Scorpion from Mortal Kombat… except football… and one team was usually good…

The Stamps were/are rumoured to be getting a new look with this being their 75th anniversary, it will be interesting to see what they come up with. 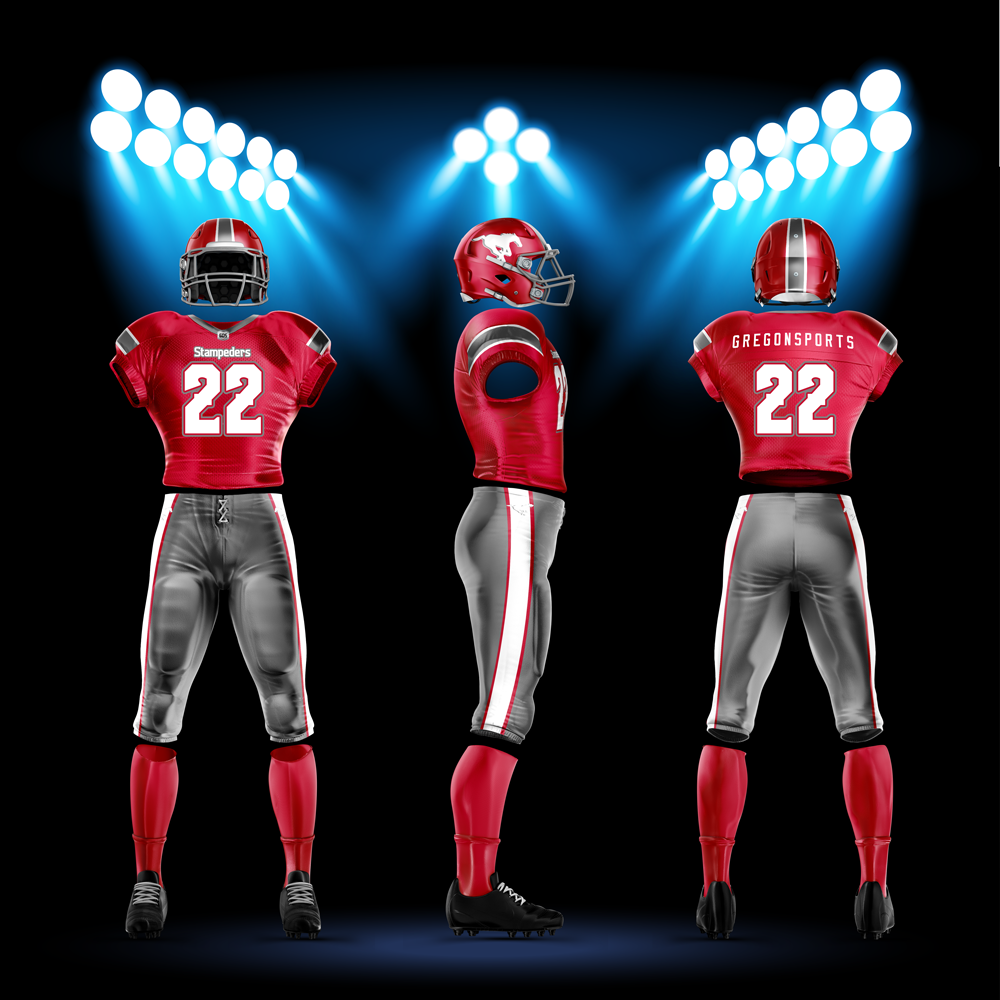 First thing I would do is trade the black for the throw back silver/grey. No other team wears silver/grey anymore so this would automatically distinguish them from the rest of the league but more importantly the REDBLACKS.

The numbers are a custom font that I believe the Stamps accidentally leaked this year, time will only tell. 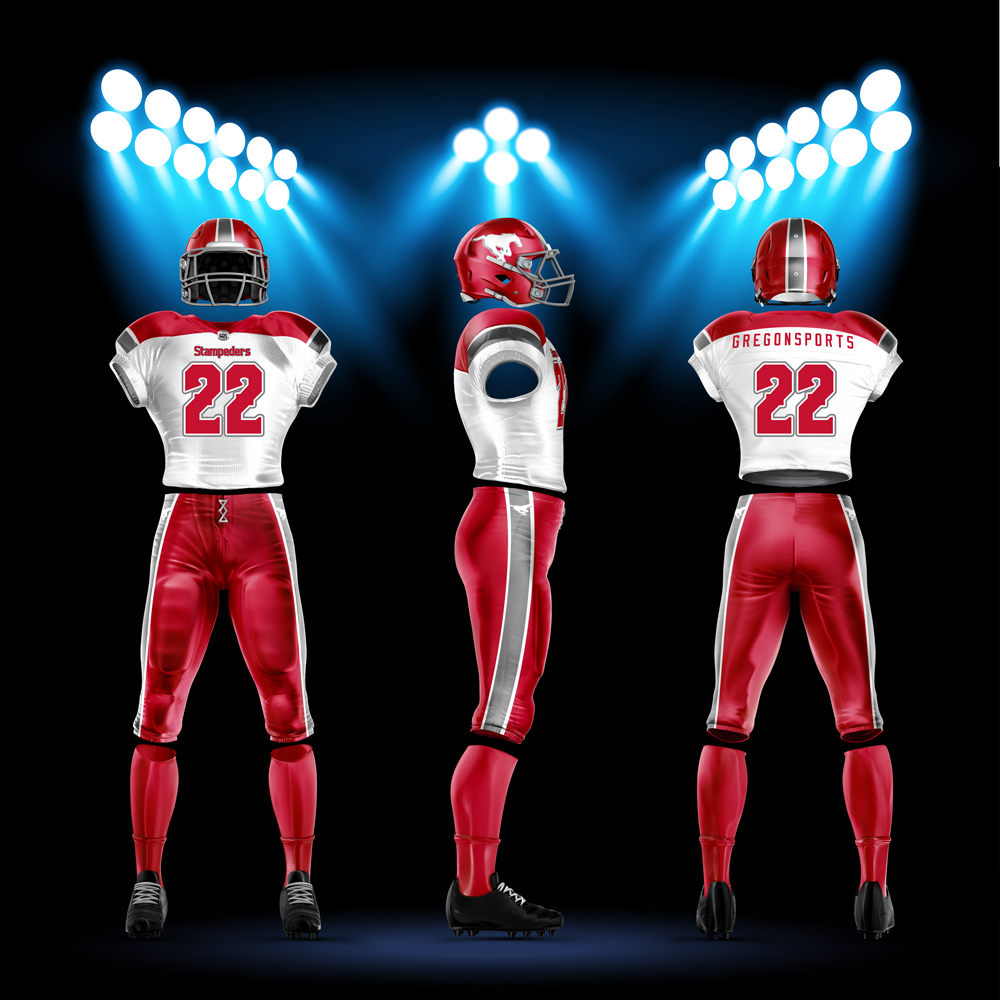 Same look as the home added a shoulder yoke, which has been staple of the Stamps since the Henry Burris “clown collar” era.

Red pants instead of the silver for a different look, which also matched the red jersey if they ever wanted to go a monochrome look. 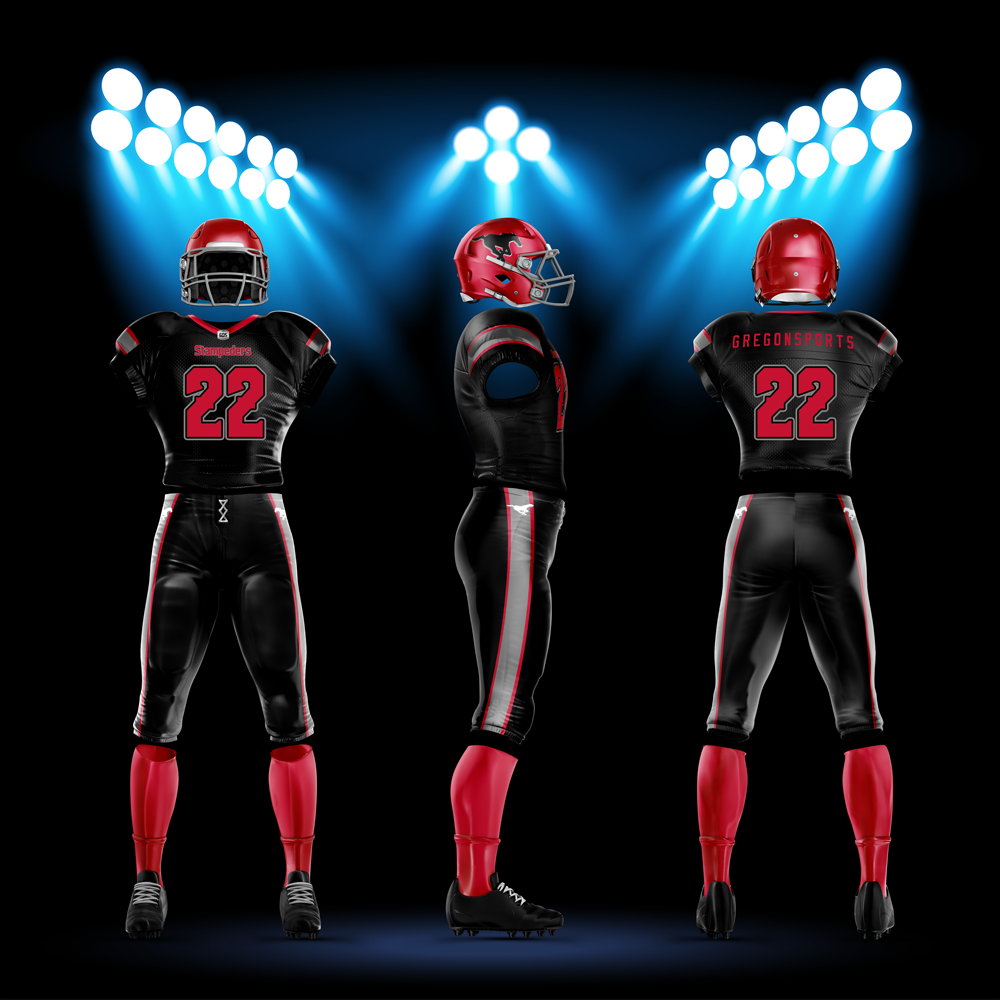 I know I said get rid of the black.

But the black Labour Day set has been a tradition since the days of Doug Flutie.

Because of the one shell rule we can’t do the fading helmet but we can have a black and silver horse.