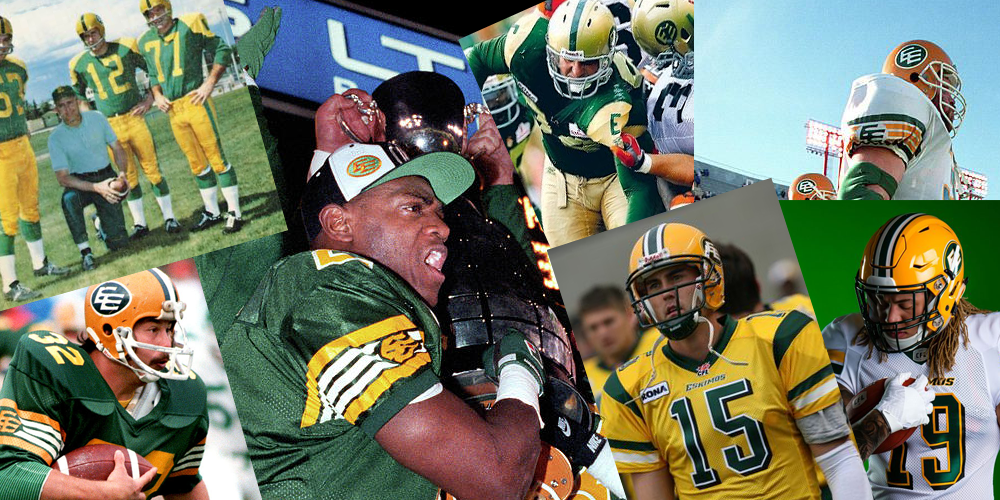 My Edmonton Vision Board

Edmonton has always had a very clean look.

The Green and Yellow just pops, yes we have all heard the Green Bay comparisons but if you listen to anyone from Edmonton they will gladly tell you they had the colours first.

My biggest problem is Edmonton has black as an official colour… BLACK!!! It is just there for the drop shadow and some striping so really what is the point. Let’s clean that up. 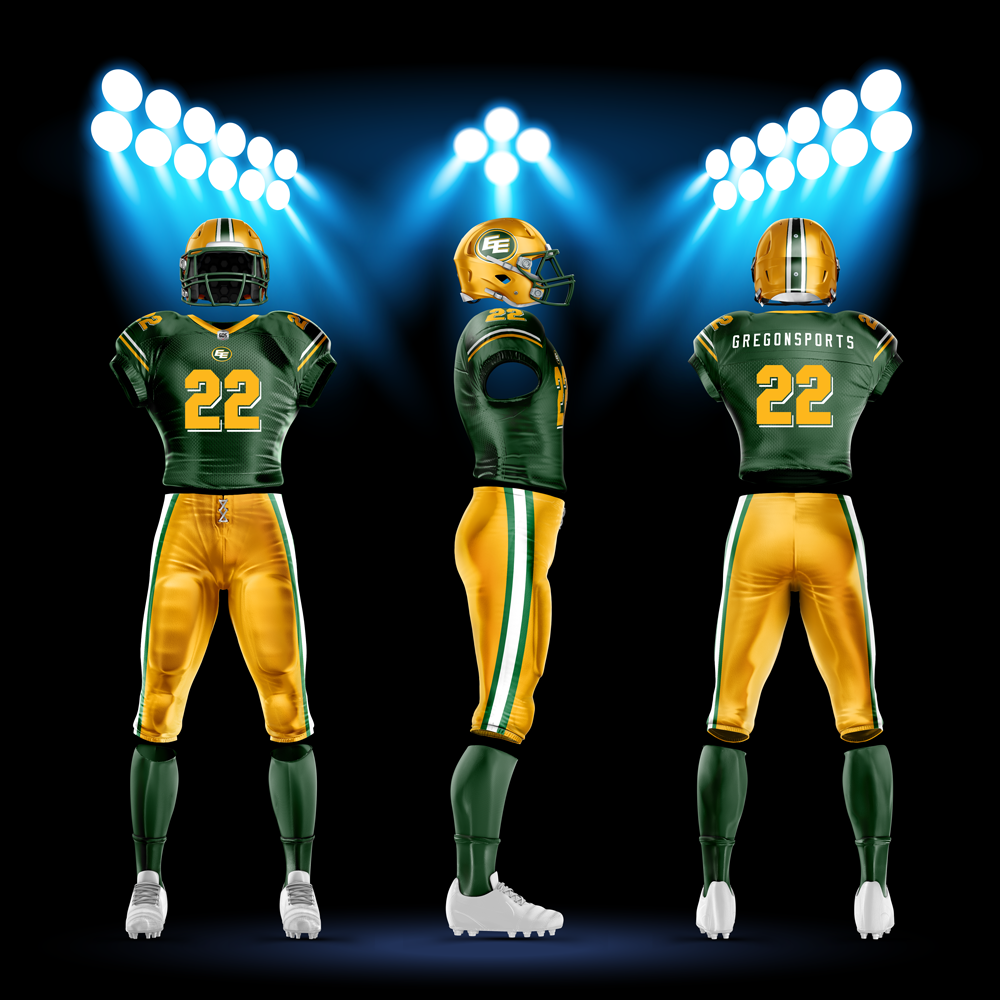 See it doesn’t need black if you want to keep the drop shadow. Just get creative Edmonton.

I kept the basic helmet that they have had for years but black from the logo and helmet stripes.

Put the Double E on the chest, sort of a mini-superhero logo. Streamlined the sleeve stripes so we could bring the numbers back to the shoulders.

Edmonton have been rocking a variation on these pants since the 60s why change now. 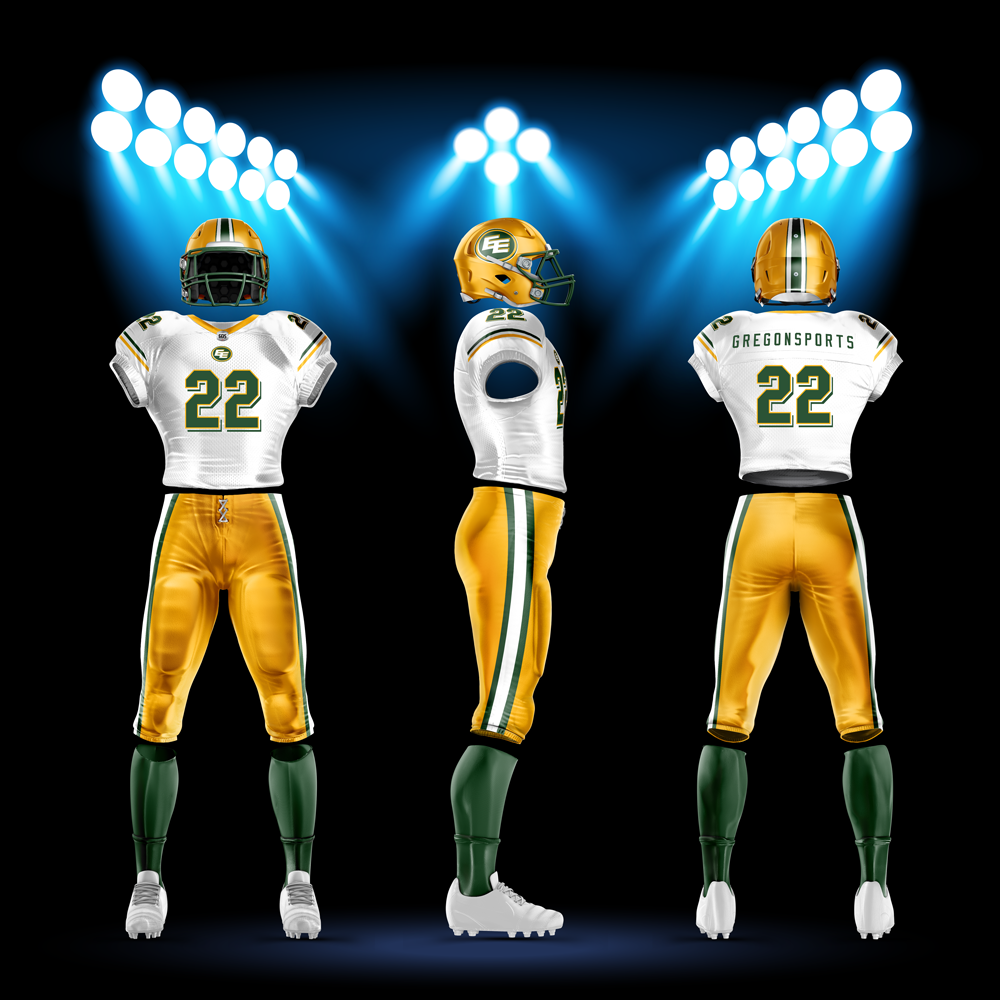 Not much to say here other than a new take on a classic look. 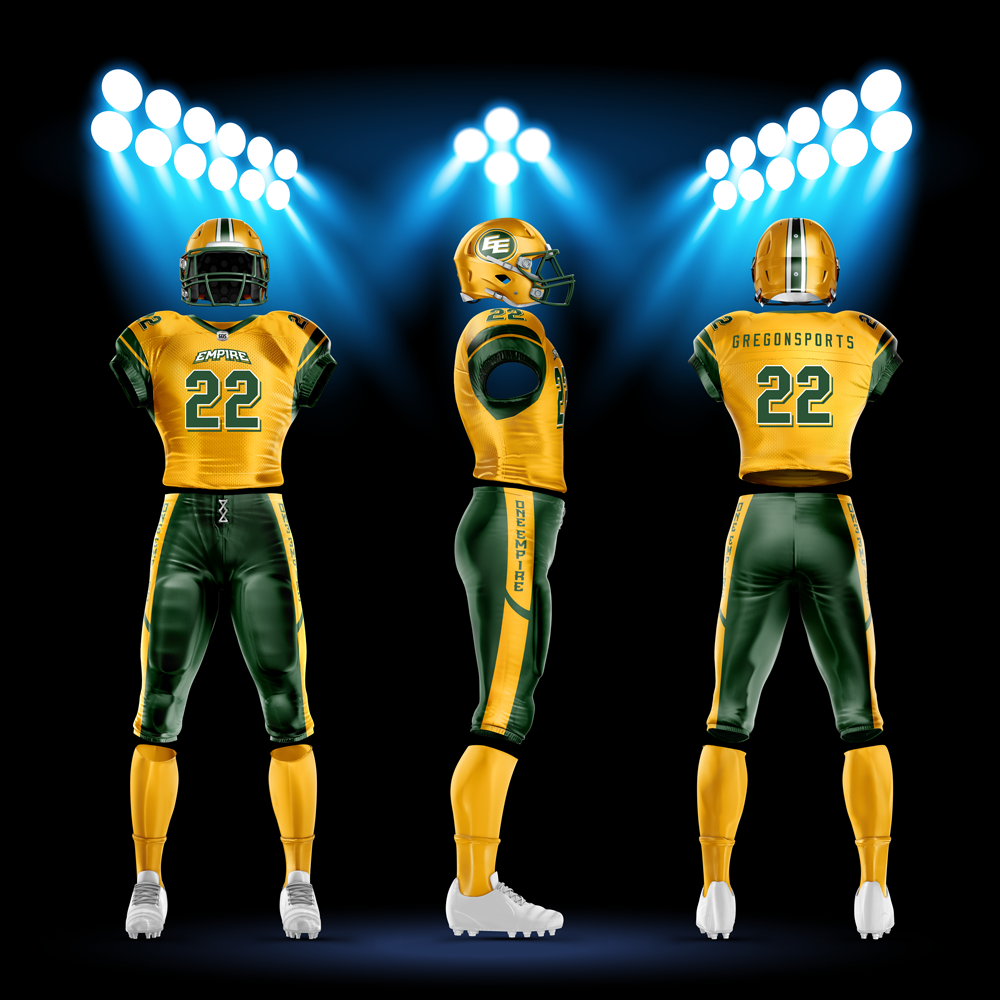 Now here is where I can see this getting controversial.

I looked at the yellow alternate from years past and decided to do some tweaking.

One Edmonton fan I showed it to accused me of “backdoor name change”, which it really wasn’t.

But if that was their only criticism I am ok with that.