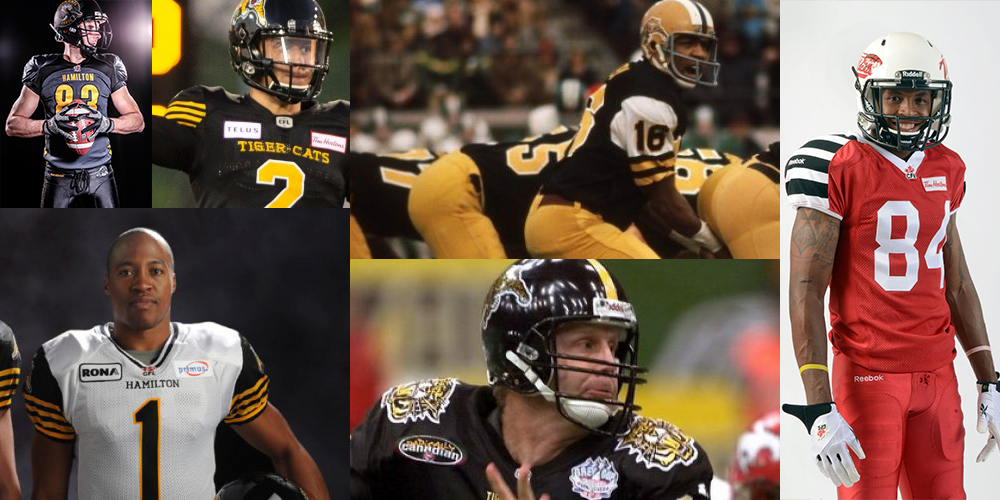 My Hamilton Tiger-Cats Vision Board

Hey all you cats and kittens… wait… No.. Let’s not go there….

Yes we are… well unless I redo the American expansion.. but nobody wants that… right….

But back to the matter at hand, Ticats have a pretty great look now as it is.

Black and Yellow is classic but I think they could use some minor tweaks.

I have included a secondary logo for the the Ticats, it is based of a logo they used for their 150th Anniversary. I made a few small tweaks but I think it would be a great addition to the “Hammer.” 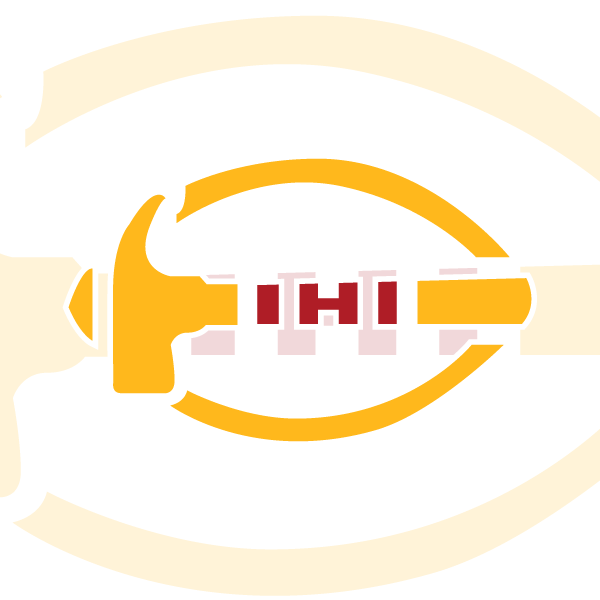 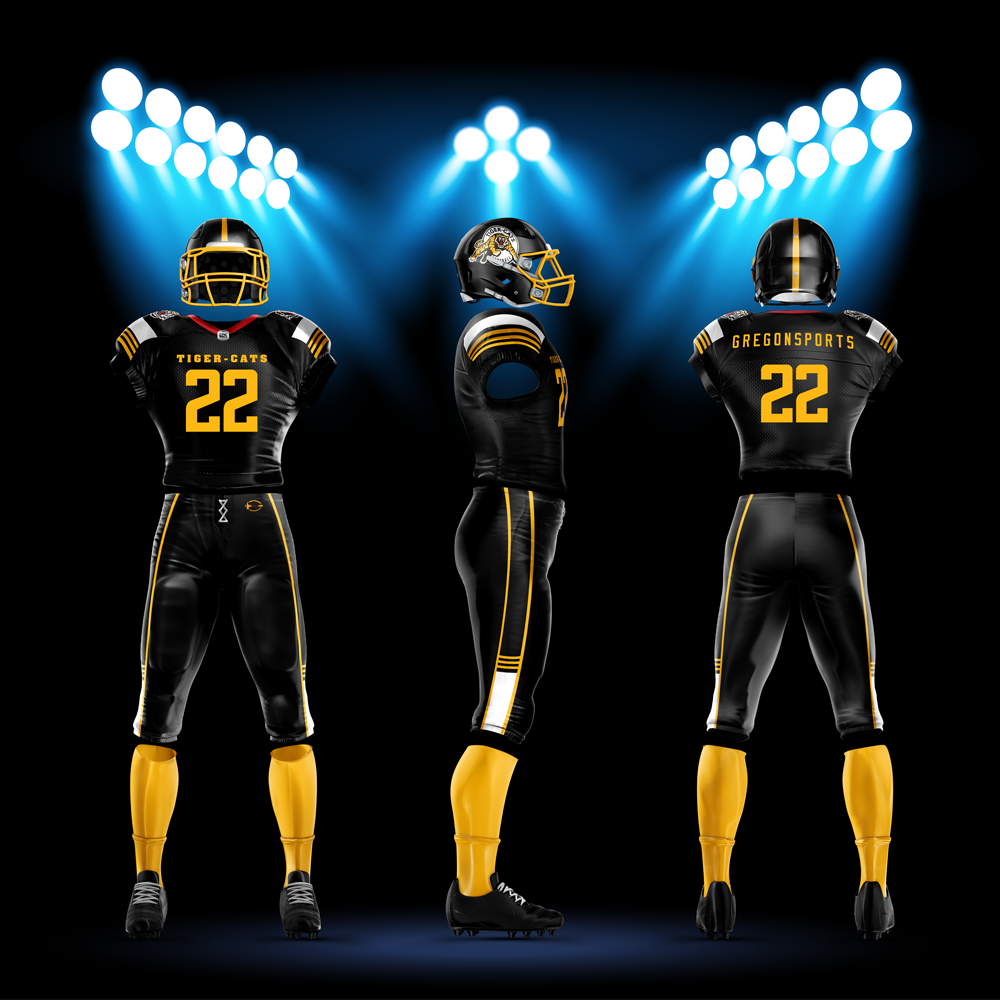 When I talked to Ticat fans I was told “No Yellow PANTS” so black it is.

Tiger head back on the shoulders. Familiar Stripes on the sleeves.

Put the full logo on the helmet instead of just the jumping tiger to give it some “mass”.

As for the red collar, it is not a mistake. It is in honor of the “Flying Wildcats” which is the reason for the “Cats” in Tiger-Cats. 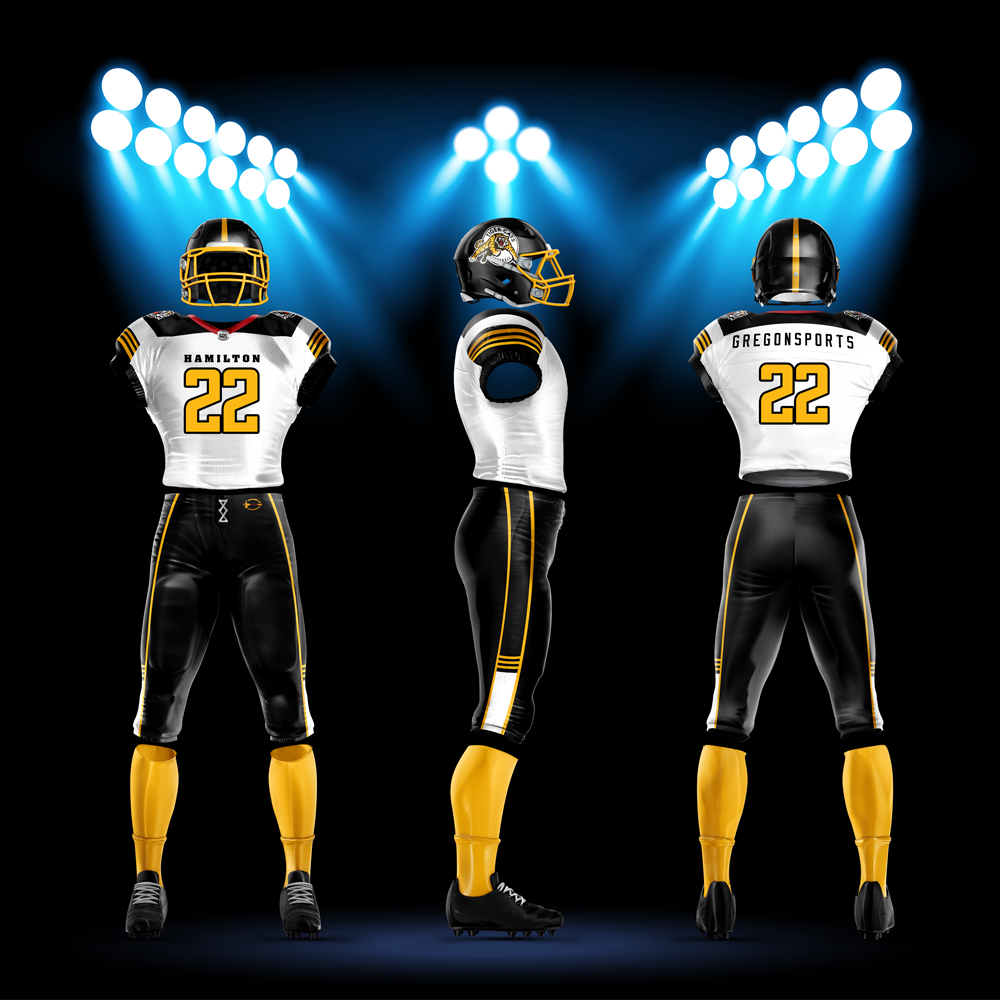 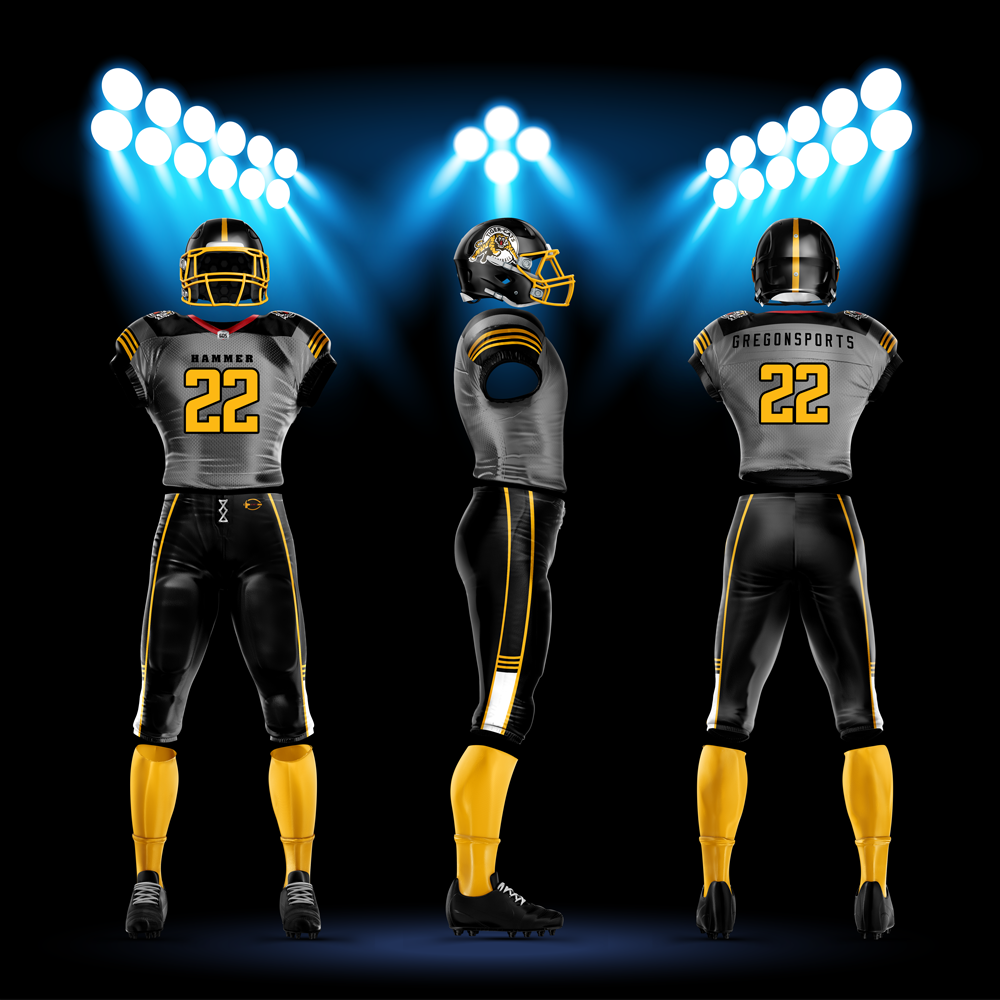 I normally hate pallette swap jerseys…but I think this works.

A steel town like Hamilton deserves a steel grey jersey with “Hammer” on the front.