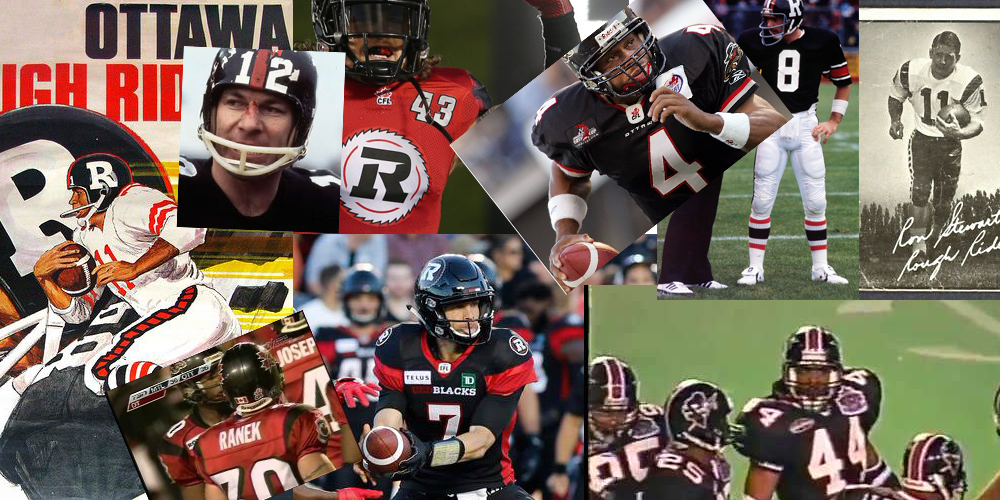 My Ottawa Vision Board

Ottawa was an interesting one to put together. While they are the youngest franchise in the league, if you include both the Renegades and the Rough Riders, there is a long football history to honour in the nations capital. 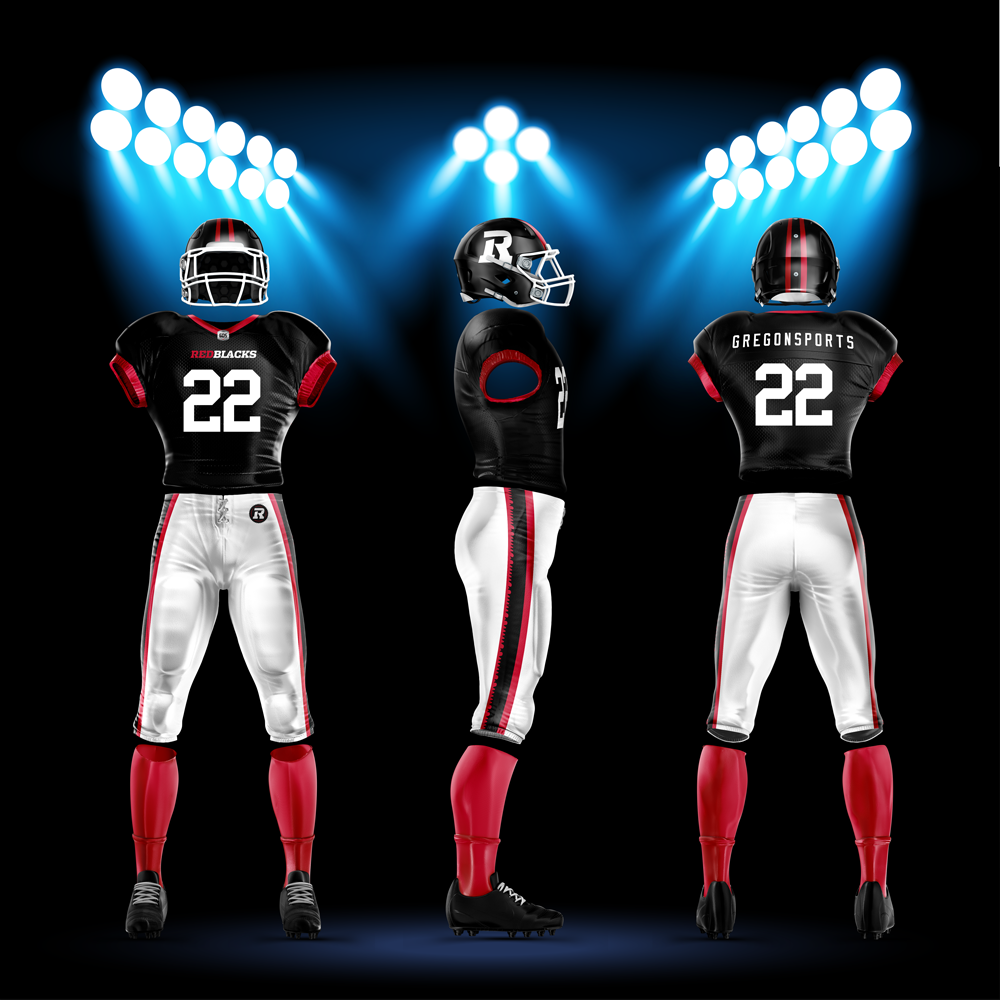 The first thing I decided was the R had to be a bigger part of the overall look.

The REDBLACKS ownership were not going to give up till they got an R name just so they could put an R on the helmet, but the problem is they shrunk it and put it a barely visible sawblade. So let’s ditch the sawblade on the helmet.

Since I ditched the sawblade on the helmet, let’s have fun with the leg stripe and add a bucksaw blade.

Took the numbers back to a simple collegiate style that would make Russ Jackson proud. 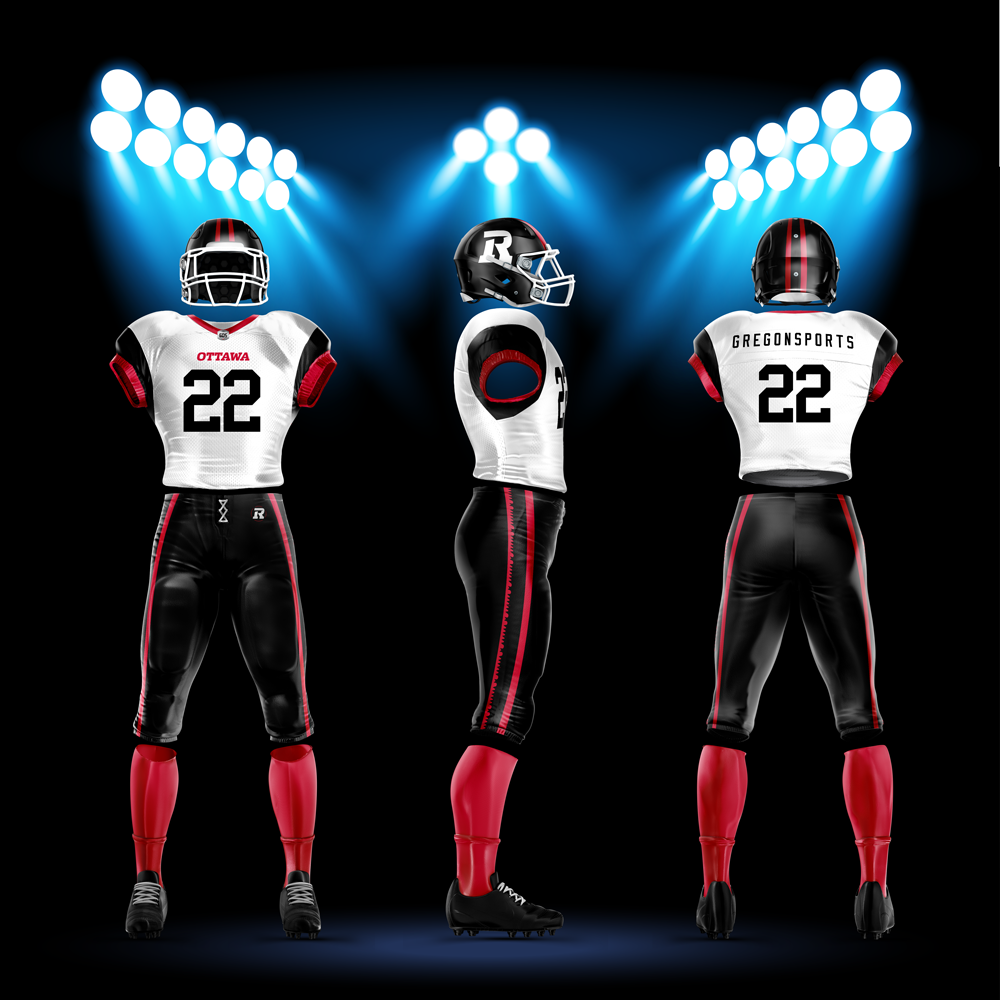 The away is also a simple white uniform with one colour digits and black and red sleeves.

Pants are black with the same striping as the white pants. 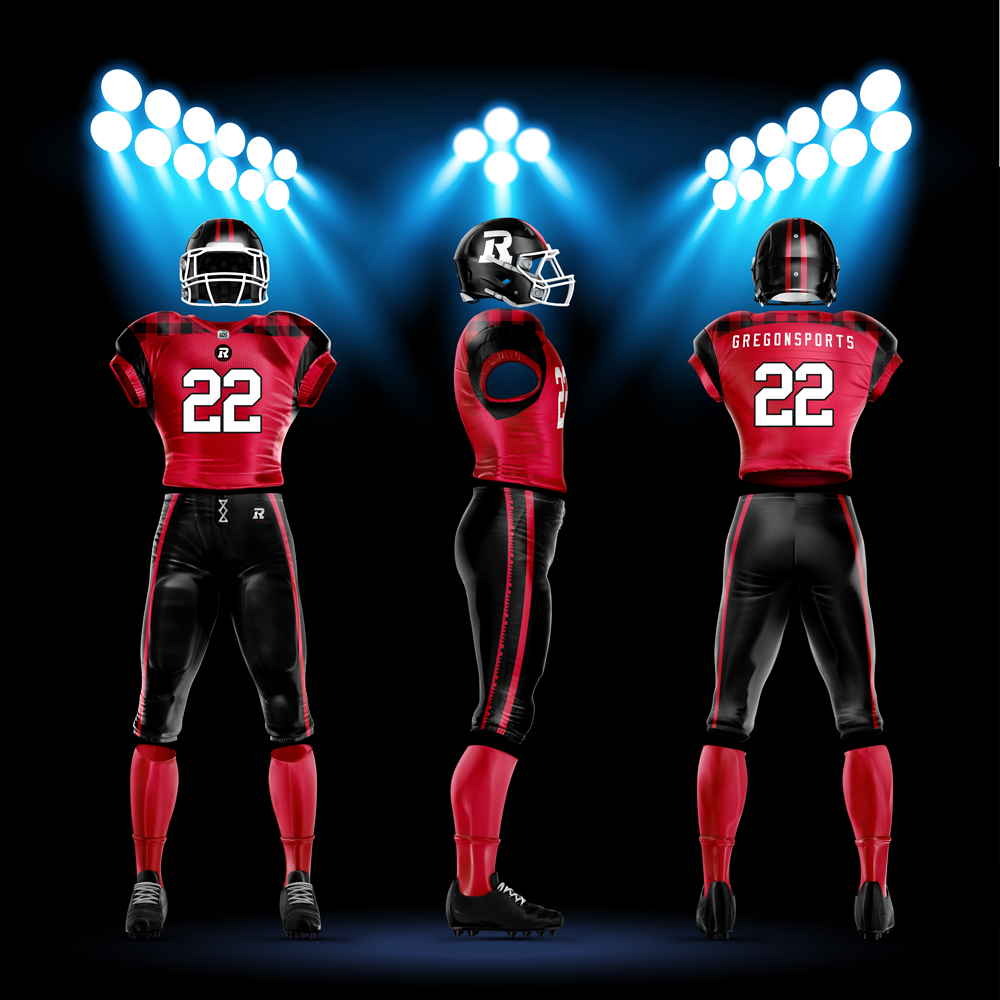 The Alternate is inspired by the Reebok signature series uniform, but with some esthetic changes.

Gone is the giant “Superhero” sawblade from the front, replaced with a simple logo above white numbers, with a black outline so the press guys can read them better from the booth.

Instead of a patch of plaid on the sleeves, we take the plaid across the shoulders.