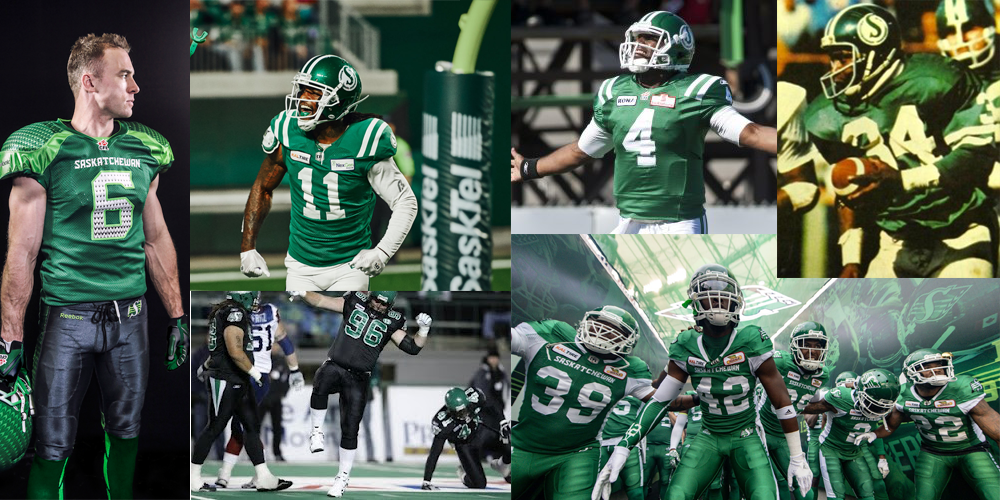 My Saskatchewan Roughriders Vision Board

Now for the one I was the most nervous about, my Saskatchewan Roughriders.

Really the home and away looks were no brainers.

Racing stripes, all day, every day.

This is the look that the Riders brought back in 2007 and fans can’t wait for Labour Day every year when they bring that look out. So why not just embrace it.

However, I never liked the old logo. Don’t get me wrong it looked great when Ronnie was handing the ball to George but from a design aspect it is messy and uneven.

So I cleaned it up…. 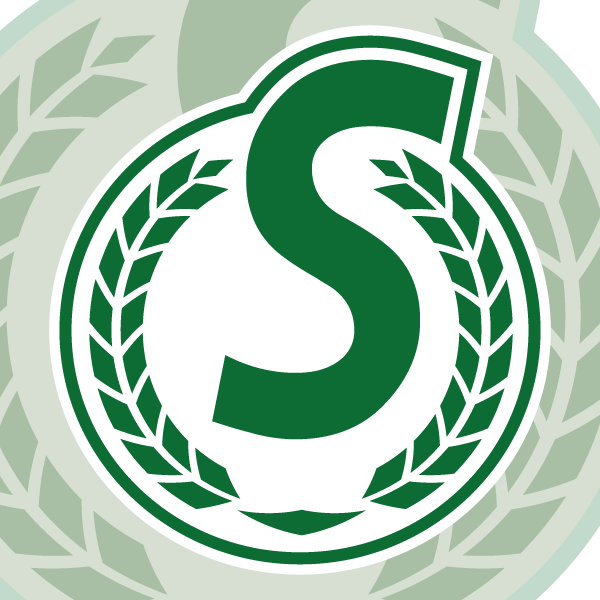 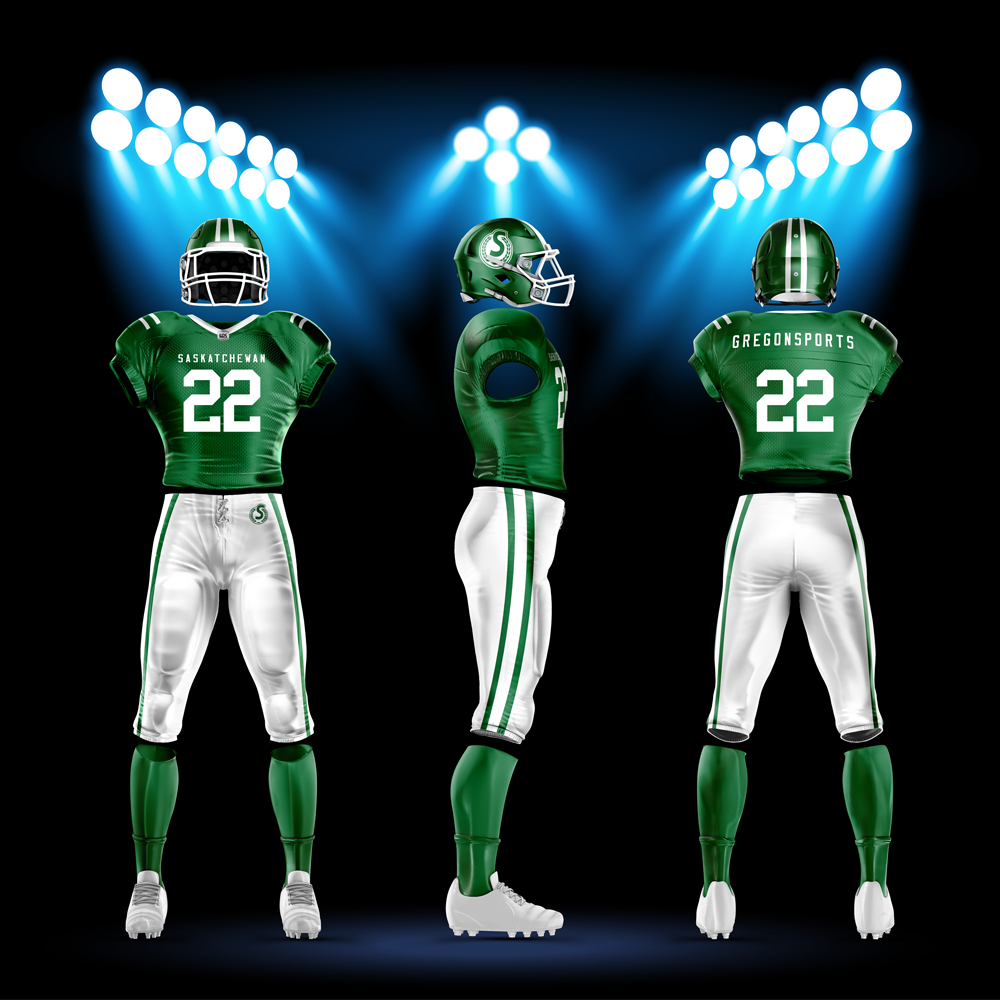 Green and white, 2 stripes, literally that is all you need. 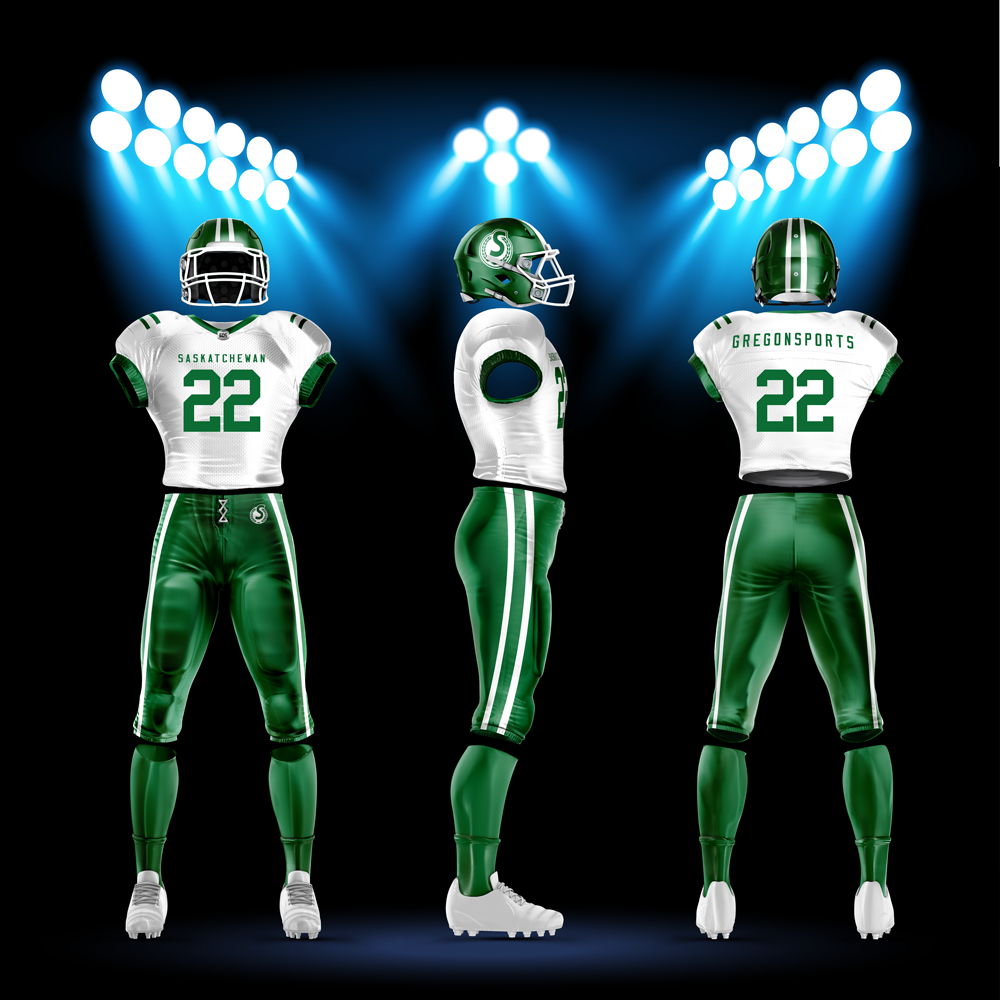 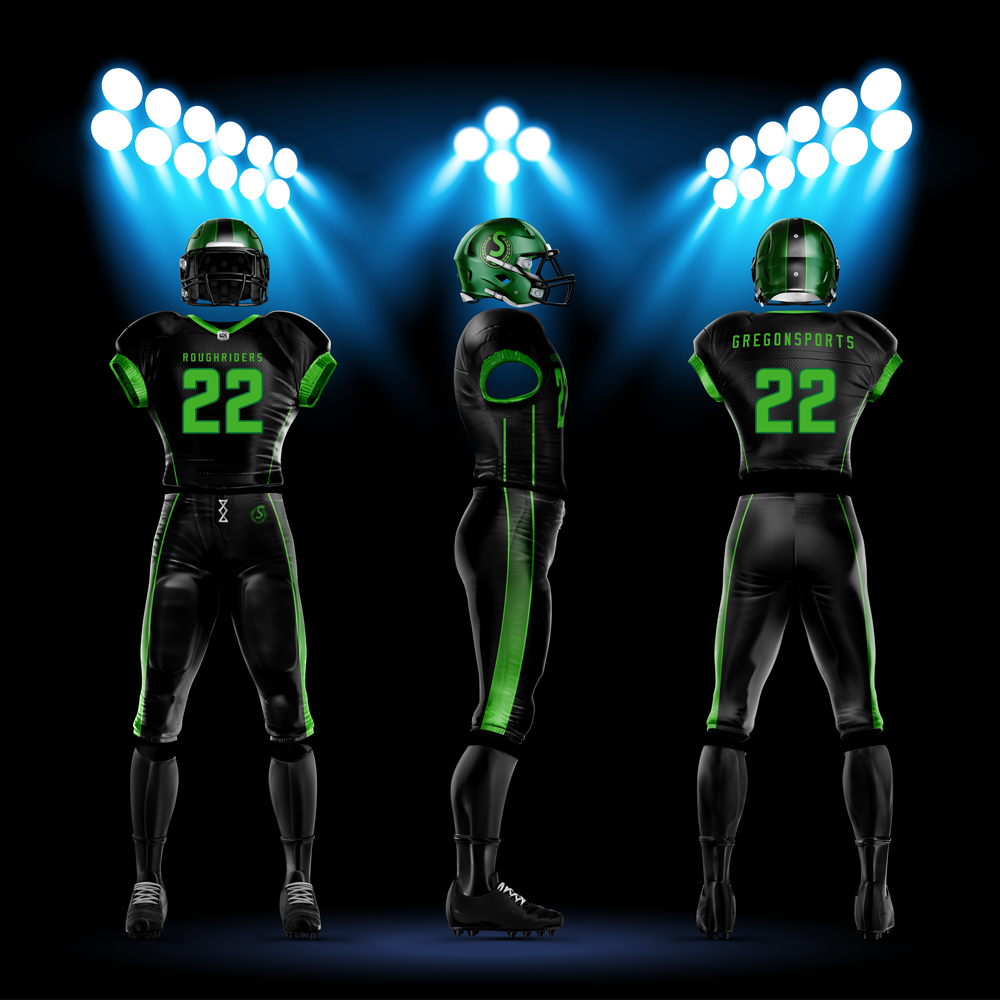 OK I can explain this I swear….

If I was going to go retro in the home and away looks, I better go a bit more modern in the alternate look.

One of my favourite things they do in the new stadium is when they have the night game and they do the lights out entrance with the laser show and pyro. That was the inspiration for this look.

Plus when I was asking what people preferred the double green or the black looks it was a fairly even consensus (and like Edmonton I will not show you the numbers) so I used both.

In a perfect world it would be a black helmet, but 1 shell rule so change the white mask to black and get a whole new decal package for the look.