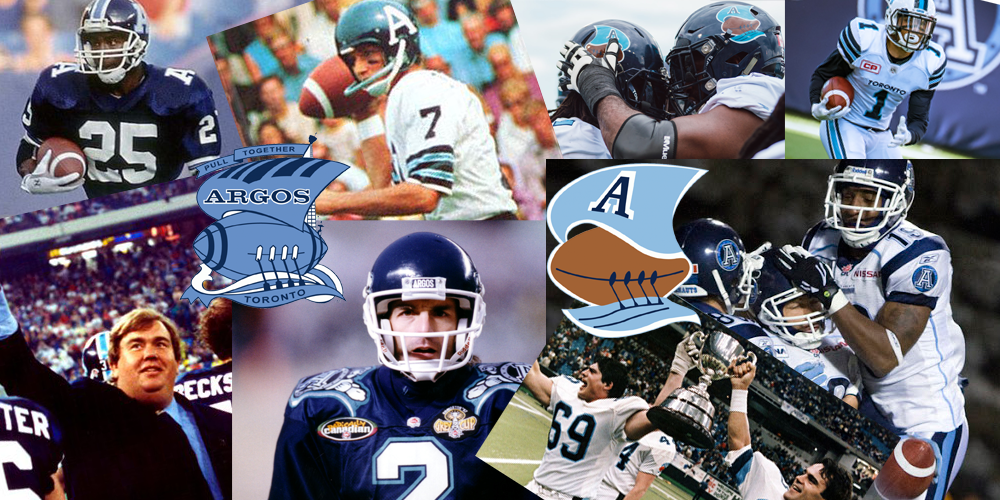 My Toronto Vision Board

Toronto is a hurting franchise lately. Not necessarily in record, as they have won the Grey Cup more than the their rivals down the QEW, but in the stands. Wish washy ownership and stadum issues has depleted the fan base. Maybe it is time harken back to some better years. 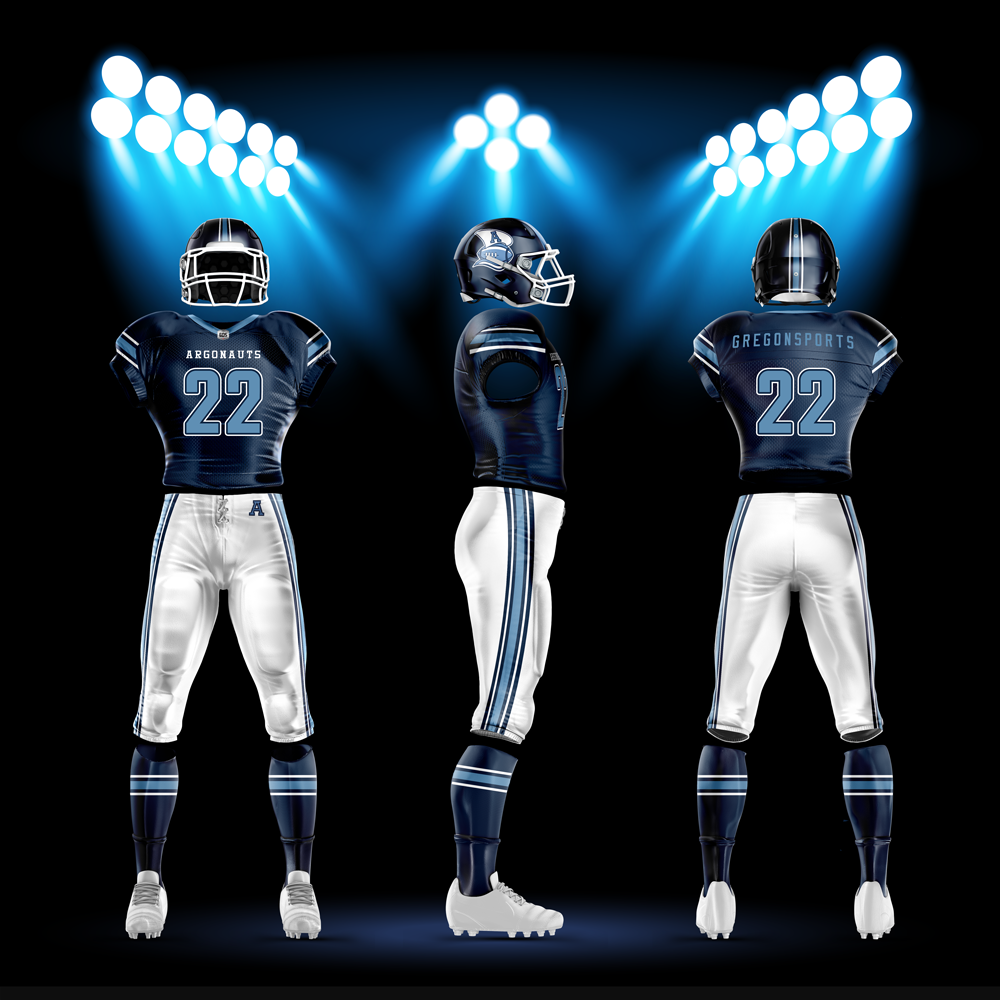 Good bye shield!  Welcome back Football Boat! Or in reality… Hello New Football Boat! I looked at the old boats the Argos used and tried to come up with an amalgamation of the two with a modern twist.

With the team nicknamed “The Double Blue”, I went back to the Cambridge and Oxford blues with white to tie it all together.

Completely ditched the shield as a secondary mark and went back to the classic “A” on the pants.

Here is a better look at the boat: 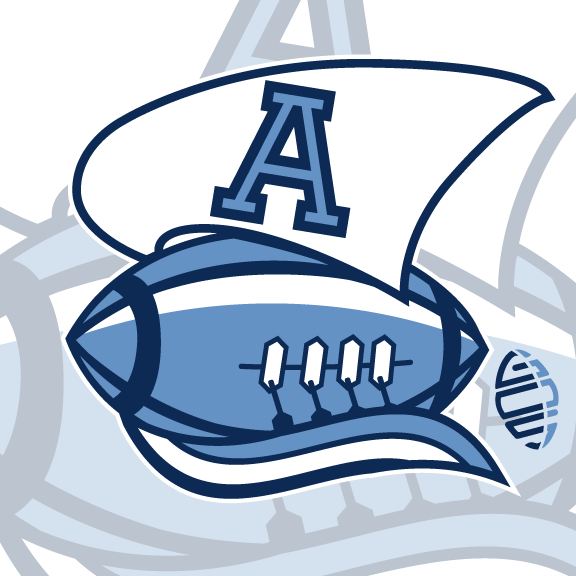 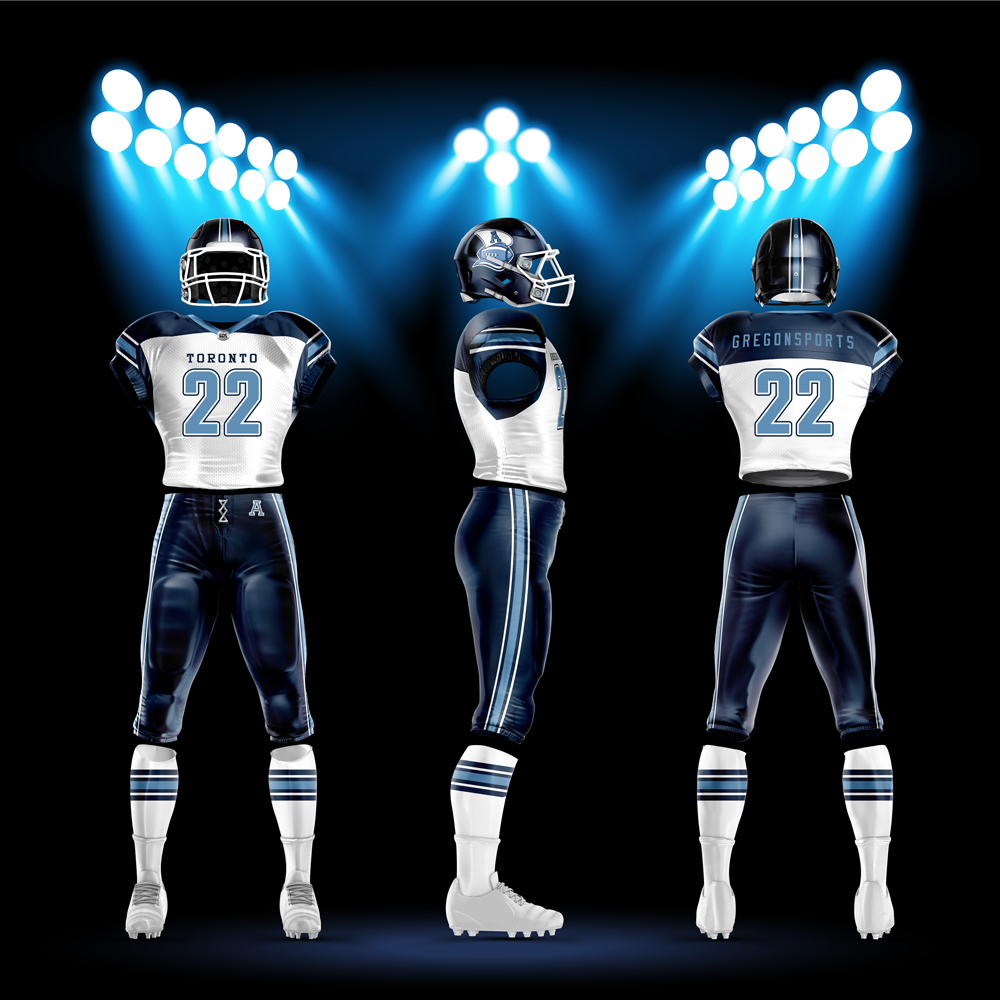 The away is also a simple white uniform has blue yoke and sleeves with matching striping.

Pants are navy with the same striping as the white pants. 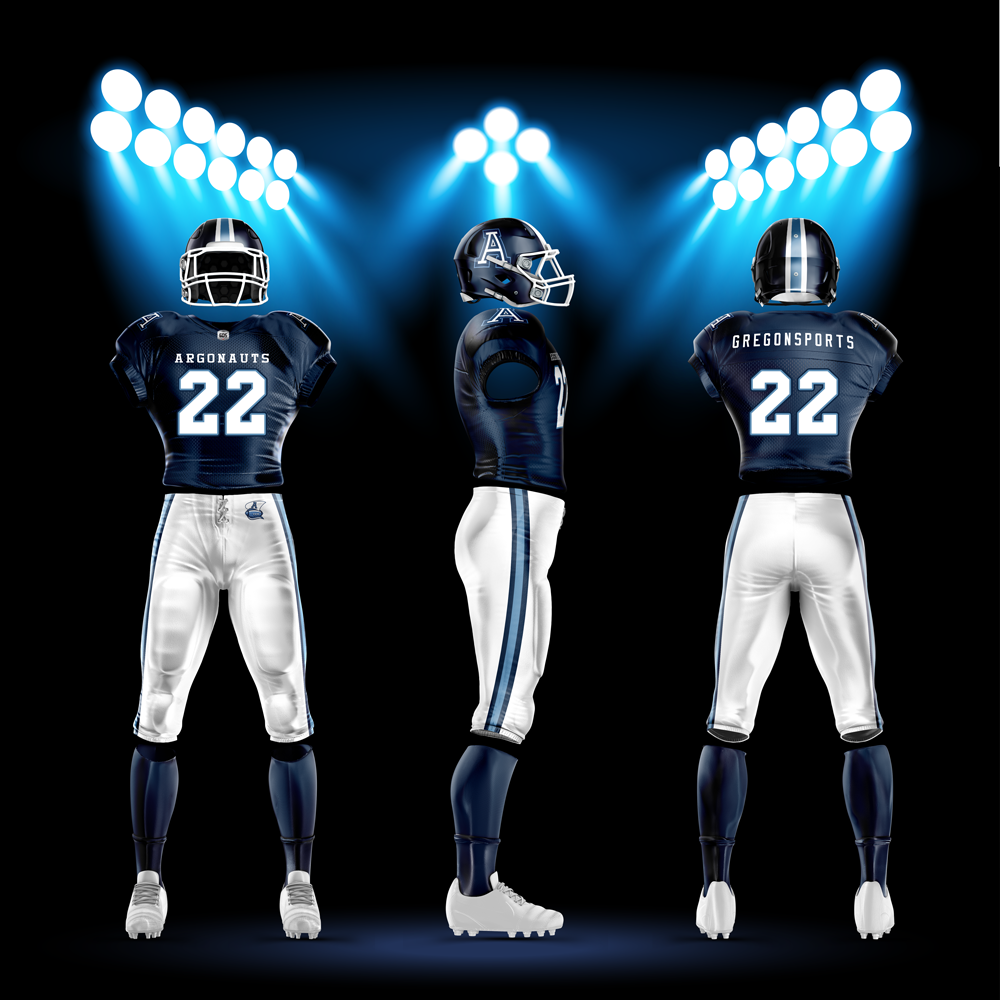 The Alternate is a “Faux-back”, inspired by an retro uniform but not 100% accurate.

As stated in my intro, I want to remind Argo fans of better days like the 1991 Argos with John Candy patrolling the sidelines while Rocket Ismail ran by everyone.

I know I can’t think of John Candy and not smile.

The helmet features the classic bar “A” while the pants gets the boat as a patch. The striping on the helmets and pants match the 1991 team’s look.