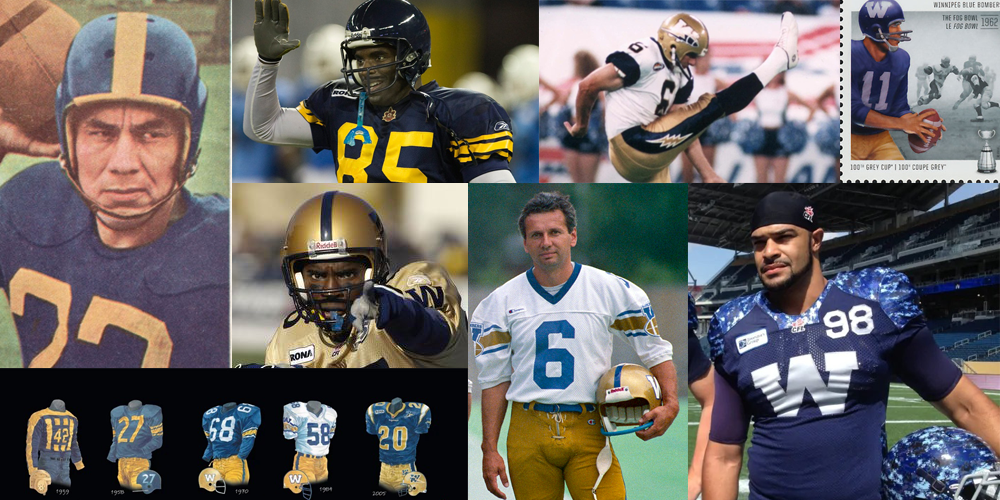 My Blue Bombers Vision Board

First I feel I should point out this is a week late because last week I was stuck in my basement waiting for a COVID-19 test. Obviously, it has come back negative, but wear your F’n Masks People.

If I am being honest, the Bombers current set is the best they have had in probably their entire history. Seriously look at that vision board, stinkers all of them.

Plus now that the Bombers have won their first Grey Cup in almost 3 decades they are never changing their uniforms again. 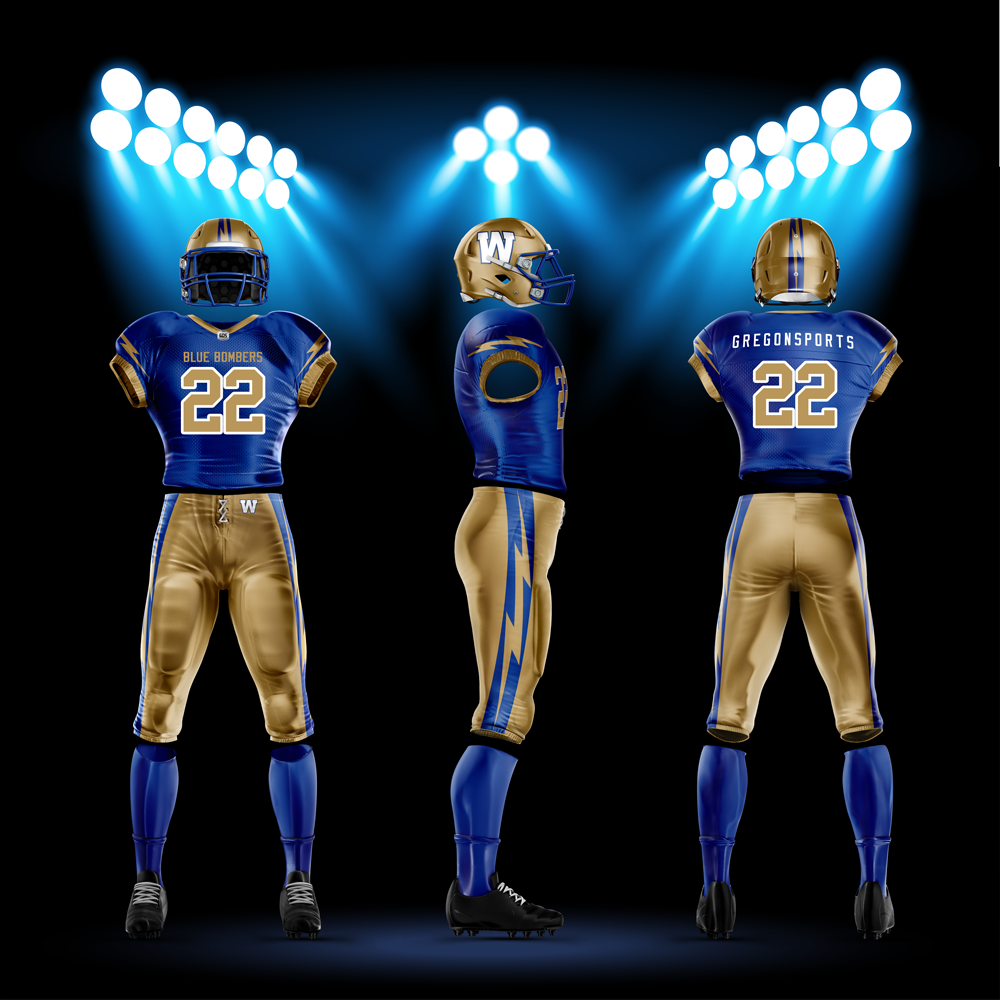 One thing I would do if I were the Bombers I would re-embrace the lightning bolt as an accent. When they brought in their current look they brought back the block W and that’s it, which is simple and timeless but also makes them look like the University of Washington.

I stuck with Royal blue and gold for their home look, but kept it simple 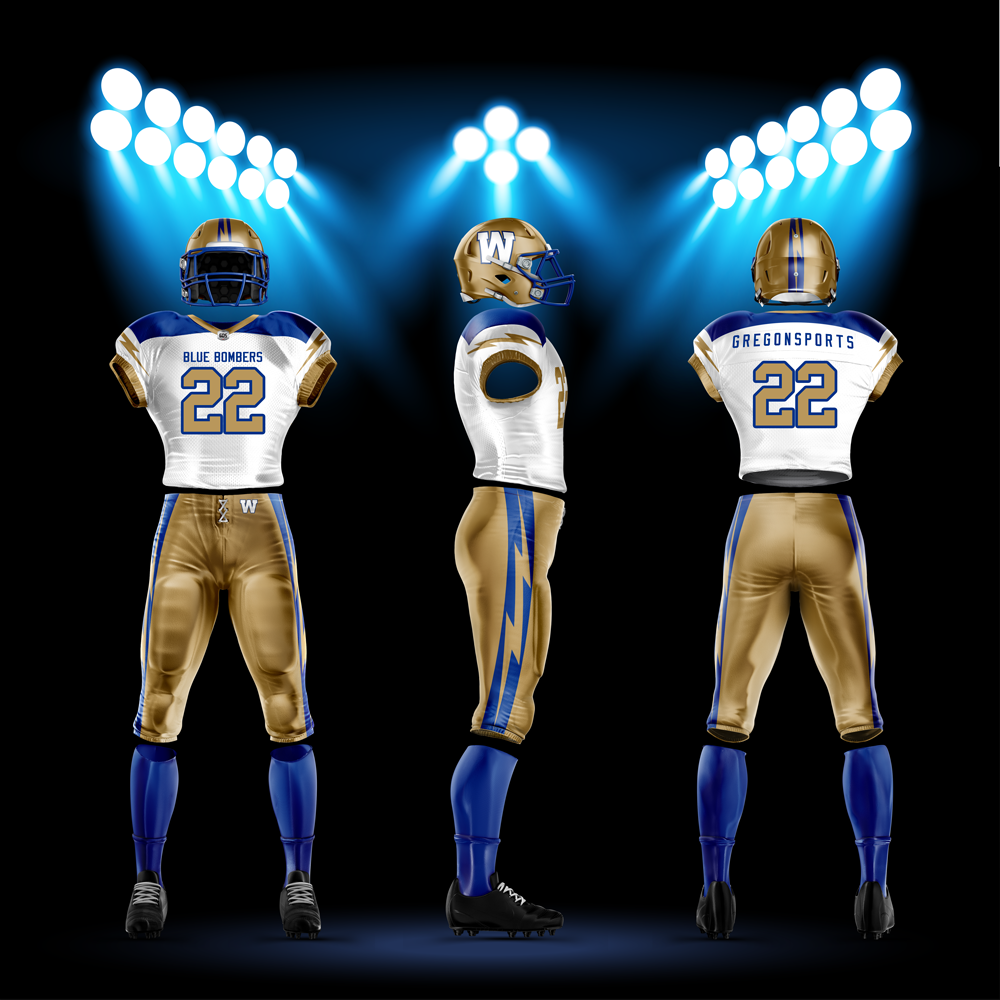 Same look as the home added a shoulder yoke. 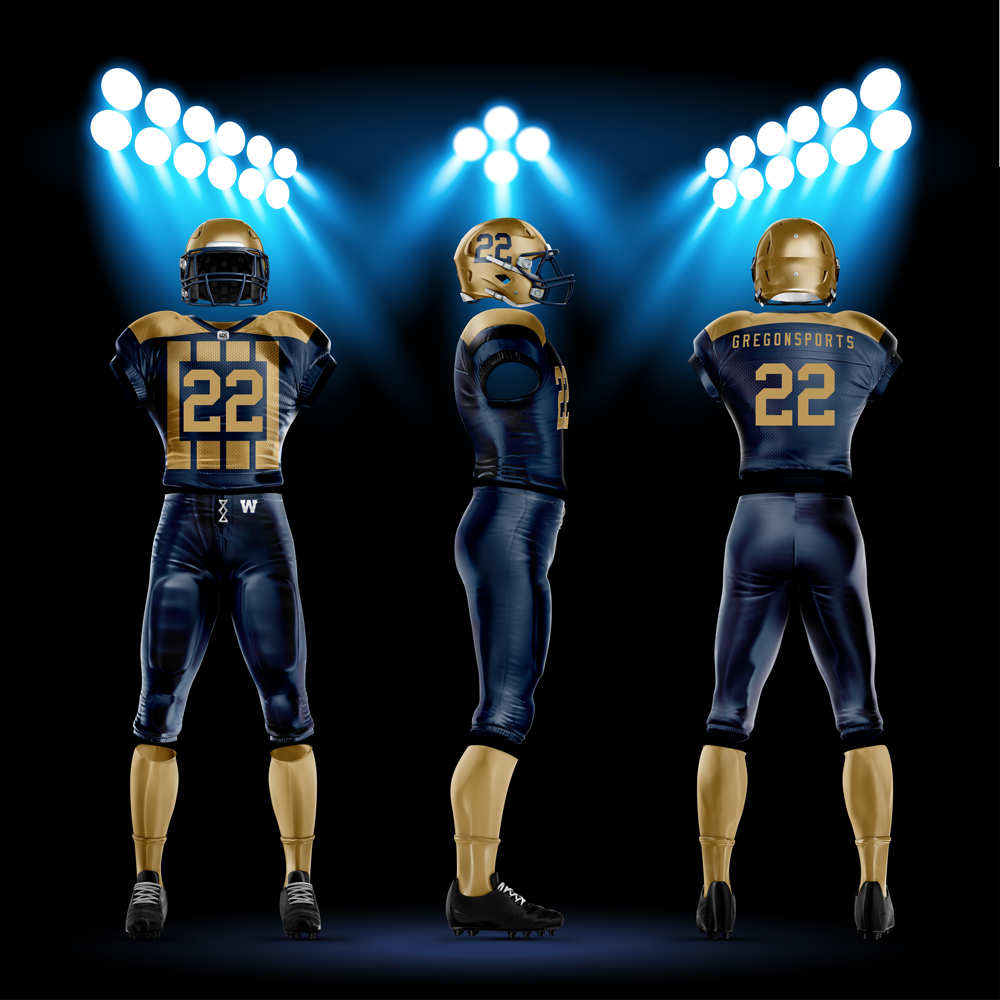 This is probably the most ambitious and furthest throwback in the entire series.

This look throws back to the 30s, back when the helmets were made of leather and the only performance enhancing drugs were whiskey and tobacco.

Went navy and gold for the authentic look. The helmet would have the decals removed with a navy mask added and have numbers on the side.