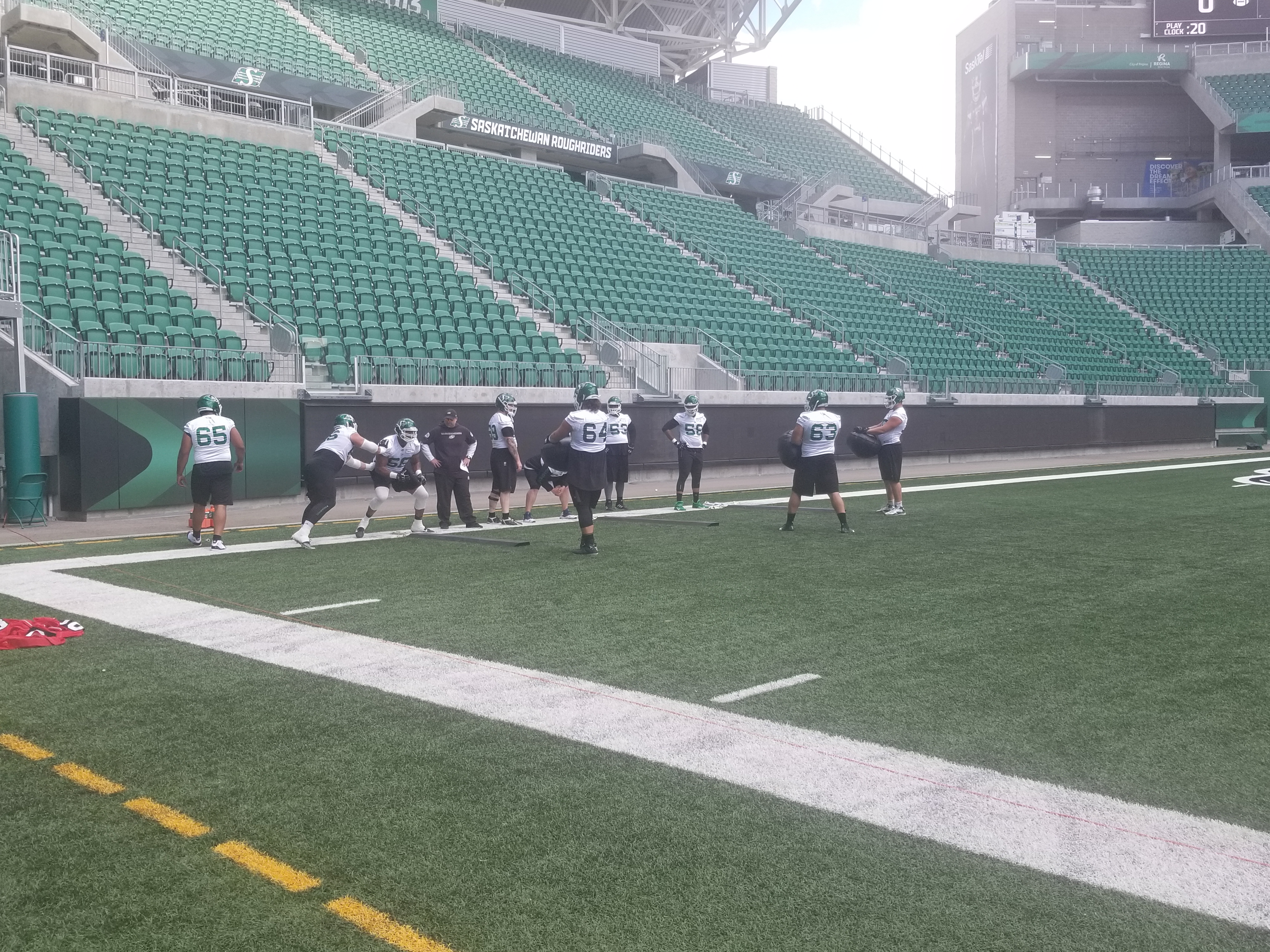 For the first time in 2019, the Riders hit the field with their final roster, preparing for Thursday night’s season opener in Hamilton. It was great to get back to the field and watch the team after not being able to go to Saskatoon for Training Camp.

Out of respect for the team and the preparation process, I won’t get into details about who lined up where and specific plays, but I will give some general observations.

– I have absolutely ZERO worries about the defense. Even with Solomon Elimimian out for a little bit, our LB group is going to be good. Judge, Moncreif and a mix of newcomers Dyshawn Davis/Oluwaseun Idowu will be just fine. I know a lot of people have concerns here, but not me. I think they’ll surprise people until Elimimian gets back.

– Nick Marshall is going to be a CFL All-Star this season. What a find he was last year and I fully expect him to go off this season. Solomon Means will definitely be a guy to watch this season, but he seems like a good one.

– I got to chat with DL Micah Johnson after practice (you can hear from him on episode 118 of the Piffles Podcast this week… special thanks to Claire Hanna of CTV for allowing me to get some of her audio with Micah as well!) and I didn’t realize how NICE of a guy he is! For what it’s worth, he’s been on some DAMN good defenses during his career with the Stampeders and he told us that this is the best defensive line and best defense PERIOD that he’s been apart of. I can’t wait to see him dominate the league in green this year.

– We’ll see some different combinations on the O-Line this year, but I’m confident in this group. I think they overachieved this year, but it’s a good mix of young and “old” in the group. They’ll be great run blockers and they will give Collaros enough time to go downfield this year.

– Running the ball wasn’t a problem for the Riders last year, but adding William Powell was brilliant. He’s going to be a beast all year.

– Another year of continuity from Collaros and the receivers is going to be important. There are still some worries from me, but the playmakers around Collaros are much better than last year. I’m not expecting an all-star season from our QB, but I think he will be better. There will still be groans about the offense for sure (and rightfully so), but I think we see a bit more imagination from the offense this season.

– I can’t wait to see what they have drawn up for K.D. Cannon and Kyran Moore this year.

It’s a tough opening game for the Riders this Thursday against Hamilton, but we notoriously play well there. It should be a great game to kick off the CFL regular season! We’ll preview the game this week on Episode 118 of the Piffles Podcast! PLUS we will be joined by Rider great Matt Dominguez who will talk about his charity BBQ Cookout next weekend! Be sure to check it out!