Riders Dominated in the Trenches, Fall to Stampeders

I said on the Piffles Podcast this past week that I wouldn’t be surprised if Calgary Stampeders running back Jerome Messam ran for 150 yards and 2 TDs. Well, the TDs weren’t there, but he absolutely dominated Sunday afternoon’s showdown at Mosaic Stadium in Regina, running for 127 yards on 23 carries. The Riders defense was that bend but don’t break all game long, but were on the field entirely too long as Messam and the Stamps just kept grinding out the yards and settled for 5 field goals to win 15-9.

As well as the Riders D played (holding the best team in the CFL to only 15 points is impressive), they were dominated all game long until the final 6 minutes of the game. Calgary controlled the game, but it was handed to them by Chris Jones. I’m not sure what kind of game plan on D was put into place, but when you are facing the best running team in the league, why only rush 3 the majority of the game and give them free yards? Calgary was more than content with killing the clock and taking advantage of a soft defensive front and that’s exactly how this game went. When the Riders decided to bring 4 or more after Bo Levi Mitchell, he still had loads of time to find his receivers open in the middle of the field for first downs.

Kudos do need to be given to the Riders secondary though as they didn’t give up the big play and like I said, only giving up field goals to the best team in the league means that you played well. The Riders D has come a long way this season in terms of coverage, but we are still clearly missing that piece in the middle of the D-Line (Nick James) that can take up space and let our DE’s get after the QB. What I can take out of this game from the defense, we can hang with the best. I wouldn’t say Grey Cup contender, but certainly a threat for a playoff run.

On the other side of the ball, the Riders offense was offensive. Kevin Glenn got nothing going and the run game (if that’s what we want to call it) was beyond terrible. The Riders O-Line struggled hard much like the last time these teams met in week 5. Calgary didn’t have to blitz to bring pressure on Glenn, they did their damage with their 4 linemen. Where were the quick passes to the slot or bubble screens and hitches to combat this pass rush? Offensive Coordinator Stephen McAdoo has been great at simply not making any in-game adjustments many times this year and Sunday was no exception. They have been a big play offense, but have proven to be a very good and effective ball control team and taking a few shots deep throughout the game, so this has me curious as to why we got away from that.

Glenn as we know wasn’t effective and Brandon Bridge replaced him in the 4th quarter, led a TD drive and had a chance to win the game at the end. Going into the final third of the season, a lot of people want Bridge to take over as starting QB. I think it’s too late in the season to do that, especially with the season that Glenn has been having, but it is nice knowing that the team does have confidence in Bridge to go out there, spark the team and play well. Is there a QB controversy in Saskatchewan?

I do have to send my thoughts out to Riders receiver Naaman Roosevelt who was knocked out after catching a ball over the middle of the field. He’s one of the elite receivers in the league and no one wants to see any player lose consciousness on the field. Dirty hit? No. I feel this was one of those hits that was unavoidable and it is unfortunate what happened. My real issue was not getting the cart out there to take him off the field. I’m sure that he said he was fine and he could do it, but if player safety is truly the goal here in the CFL, you take every precaution you can. Roosevelt got up and immediately crumpled back down because he wasn’t in any shape to walk off the field. Rest up Naaman, don’t rush back, especially on a short week with only 1 real practice day before the team leaves for Ottawa.

This short week will be a tough test for the Riders, but I’m confident that this team can beat an Ottawa team with Ryan Lindley (or Drew Tate) at QB. We will talk more about the Stamps game and this upcoming REDBLACKS game on the next Piffles Podcast to be released on Wednesday. In the mean time, follow us on Twitter @pifflespod @RealAlexD @safimod @CFLHottieBowl and @GregOnSports for more Rider talk. Give us a like on Facebook, facebook.com/pifflespodcast and please send any and all feedback to us!

Finally, I want to say thank you to all the Stamps fans that made the trip here from Calgary that we got to meet at the Piffles Podcast tailgate. We were able to meet a big group of great fans, but more importantly, great people. The #DreamTeam is pretty alright (for Stamps fans…) 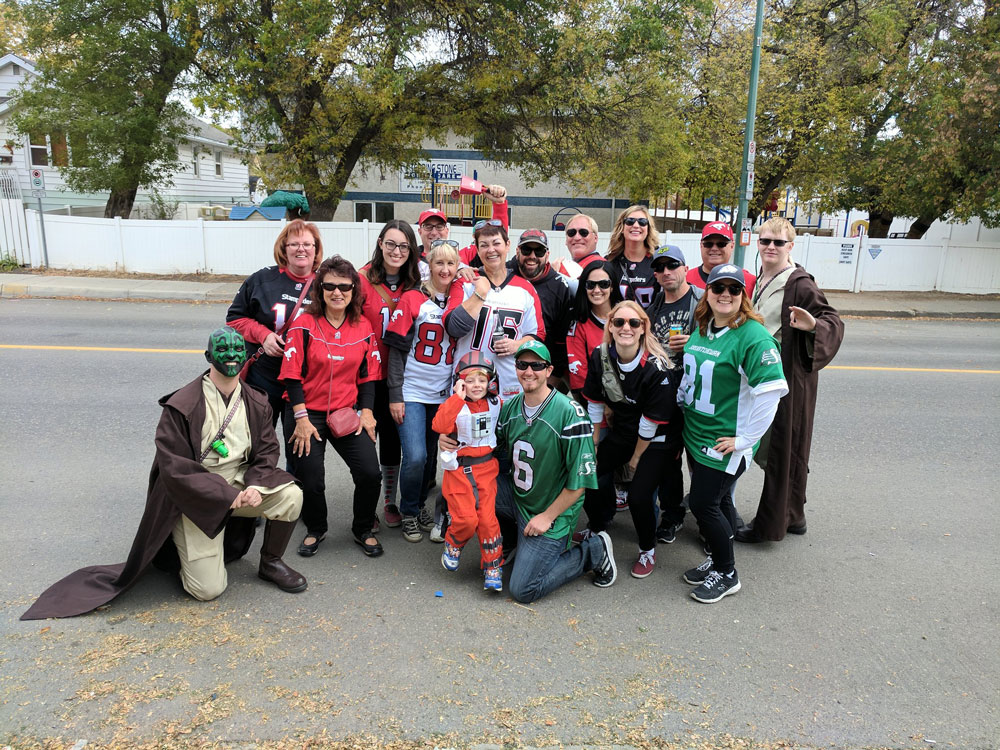 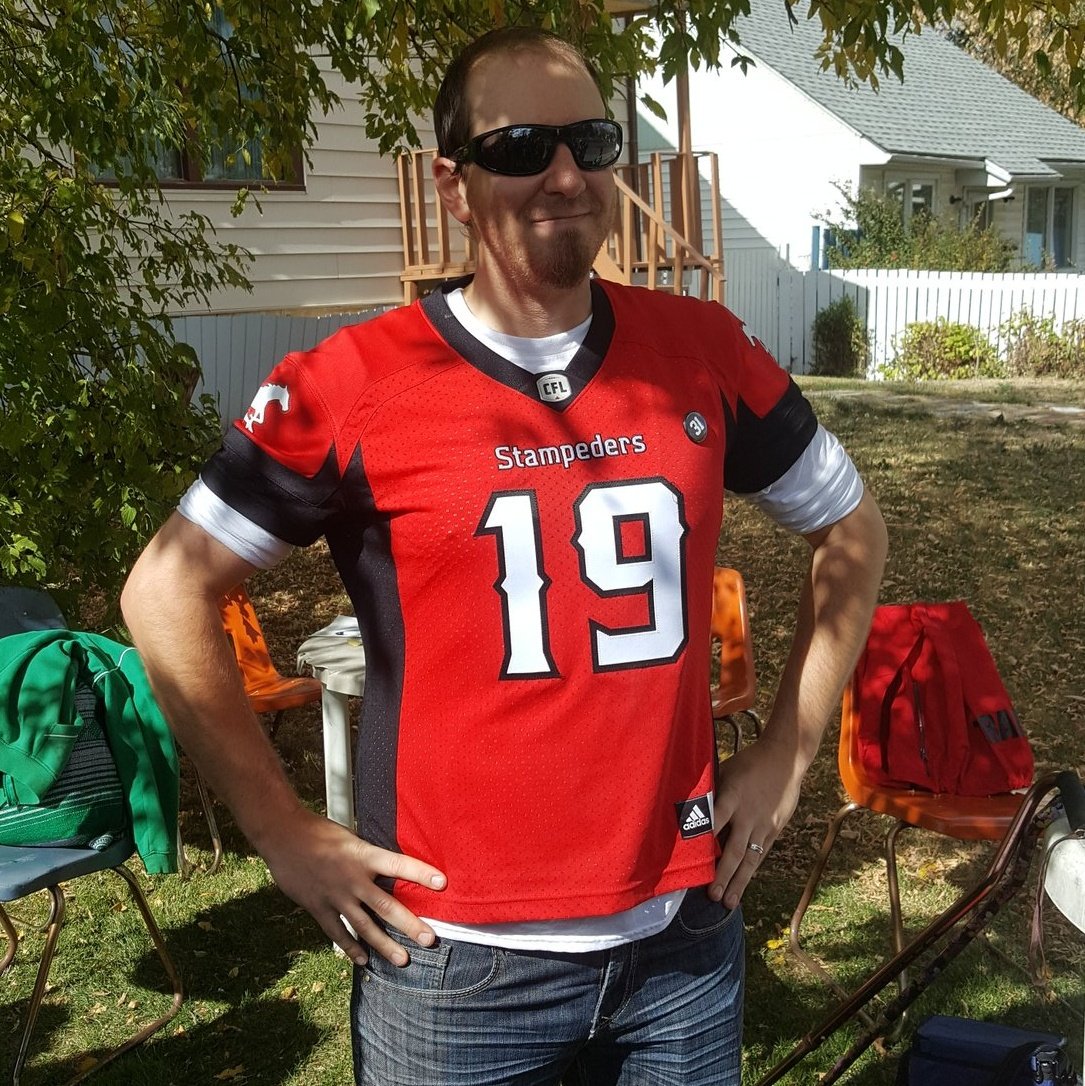 The Riders control their own destiny heading into the final stretch of the season. We will be in for a wild ride, so buckle up!