If Dakoda Shepley’s NFL career doesn’t pan out, apparently he has opporunties in Hollywood that may just keep him out of Saskatchewan.

In the Blu-Ray release of Deadpool 2, there is a deleted scened titled “Chess With Omega Red”. Omega Red was played by none other than Riders 1st round draft pick, Dakoda Shepley. Below is an image of Shepley in his role as Omega Red. 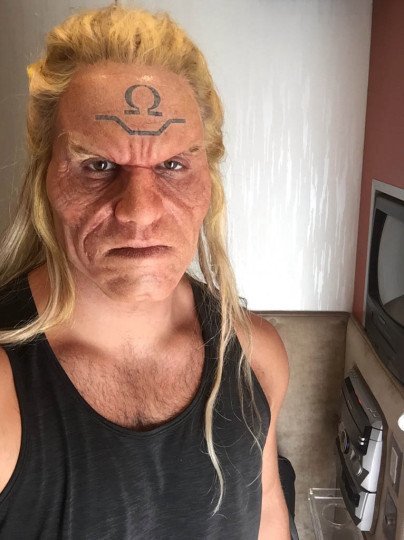 According to the New York Post, Shepley believes he could have played a bigger role in the movie had New York Jets training camp not conflicted with filming.