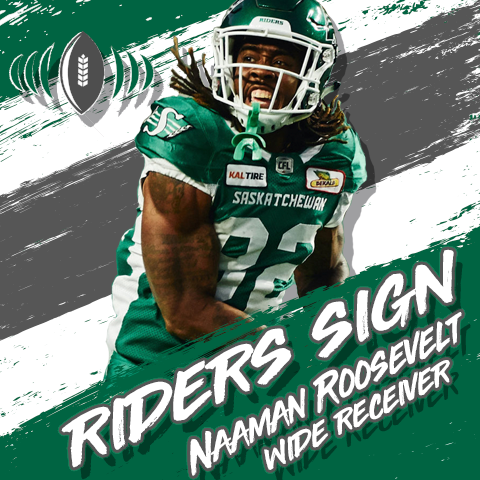 The Riders have re-signed WR Naaman Roosevelt, according to 3 Down Nation. Roosevelt has spent his entire 4-year CFL career with the Saskatchewan Roughriders, amassing 3188 yards on 224 catches with 19 touchdowns. Roosevelt gives the Riders a clear #1 receiver, though he is coming off an off year that saw him finish with 48 catches for 570 yards and 4 touchdowns.