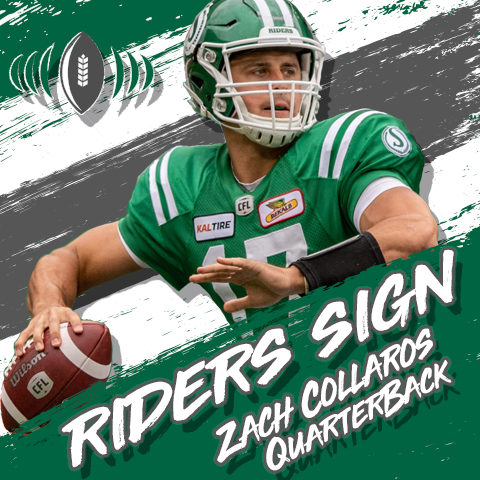 The Riders have re-signed QB Zach Collaros to a new one year deal, through the 2019 season. With Mike Reilly, Trevor Harris and Bo Levi Mitchell off the market, the obvious choice for the Riders became either Jonathon Jennings or Zach Collaros, and the Riders appeared to go with the player who has familiarity with their system.

Last season, Collaros through for 2999 yards and 9 touchdowns, while missing 4 games due to injury. There is some obvious concern regarding the health of Collaros, who suffered multiple concussions in 2018.