The Riders announced today that they have released National RB Jerome Messam. According to the team, his release is due to being charged following an incident in November of 2016. No other details at this time. 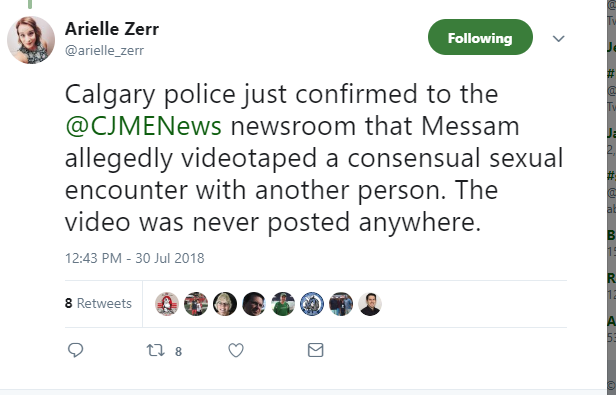 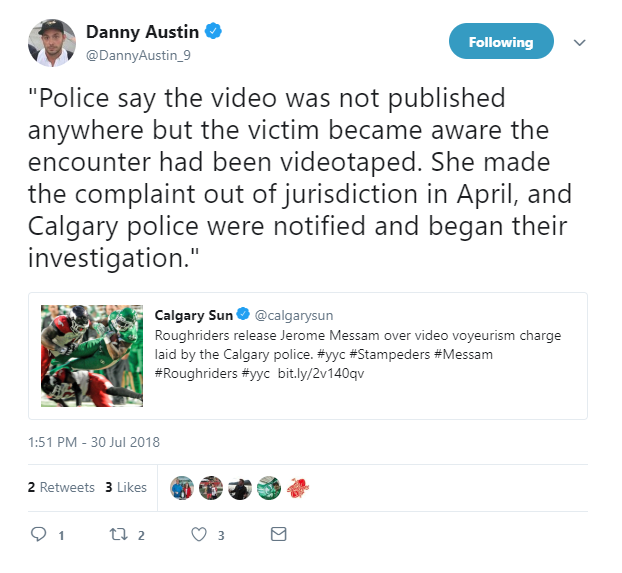 Through 6 games this season, Messam had run for 205 yards on 52 carries.

The CFL released a statement to explain the release: 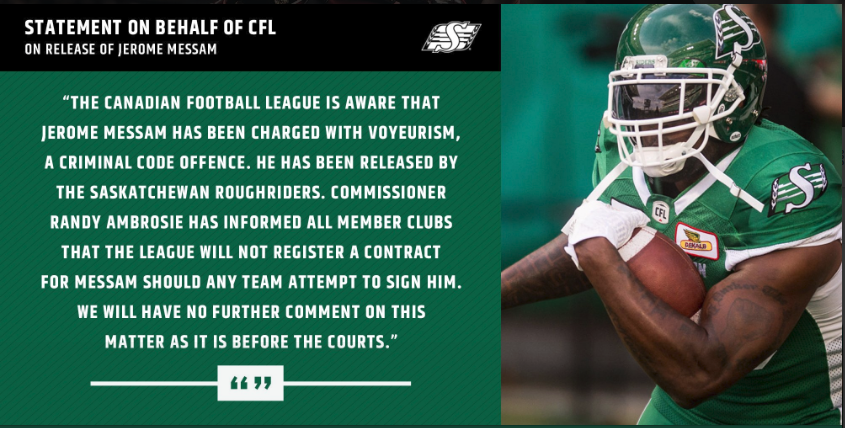