Now that the calendar has flipped to May, we are officially under a month until CFL preseason is here! With that in mind, I finally had time to sit and look at the theme games that the Riders are putting on this season and I have one reaction…. yay, I think? 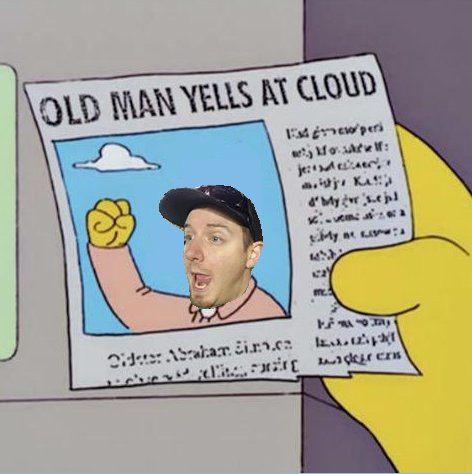 Yeah, yeah, old man yells at clouds and all…

I DO love that we have theme games every game this season. The Riders marketing team has been lacking in this kind of thing the last few years and it’s great that we finally get something. Some are great ideas… the others… well, they just don’t excite me one bit.

June 6th (Preseason) – ‘Riders R Back’ – It’s a preseason game. There’s nothing different happening this game. Great spin by the team to say you get to welcome the team back, but it’s preseason… season ticket holders skip this game most years and those that go, leave early. It’s nice getting back to the stadium for the first time of the year, but it’s BORING. Glad I’ll be in Vegas at the Lady Gaga show instead of this one.

July 1st – ‘Canada Day & Home Opener’ – Here we go, here’s a game that needs no hype. First, it’s the first home game of the year and it happens in week 3 of the season. We’ll be eager to get the team back at home, regardless of what else they have planned. Big Sugar will be performing a couple of songs at halftime and I’m actually excited for that. Loved those guys growing up… that said, they haven’t been relevant in about 18 years. We can’t do better than that?

July 6th – ‘Sasky Saturday’ – The “first ever game celebrating the very best Saskatchewan has to offer.” Okay… whatever that means. Weyburn’s Tenille Arts will be the halftime concert. If you haven’t heard of her, she’s an up and coming country music star who has had songs featured on ‘The Bachelor’ the last couple of years. While her music isn’t my cup of tea, I think this is a really good act and a good theme game to have her at.

July 20th – ‘Country Day’ – Oh good, more country. We have country on July 6th, Craven’s Country Thunder is the week after and then Country Day again? Really thinking outside the box here… We don’t know who the halftime performer is yet, but I’ll put money on Jess Moskaluke again (not a bad choice, but it’s the same thing over and over again).

August 1st – ‘Thursday Night Football Concert Series’ – A “soon to be announced major Canadian performer” will play halftime at this one. It’s the same night as the Tom Cochrane & Red Rider/April Wine double bill at the Queen City Ex stage. I think it’s safe to assume that Tom Cochrane will make the 3 minute walk to Mosaic Stadium for this one. I like Tom Cochrane, but meh. That said, classic rock always wins out here in Saskatchewan, so you can bet the fans at this game will be happy.

August 24th – ‘Family Day’ – Mascots for the kids. Cool. The best part about this theme game is that at halftime we will get the 2019 Plaza of Honour inductees paraded around the field. We should be finding out soon who this years’ inductees are and they always deserve their time in the spotlight. This is one of the things I look forward to every year. Hopefully Mike McCullough gets in this year.

September 1st – ‘Labour Day Classic’ – The other game on the schedule that needs no hype. Saskatoon’s Bombargo will play halftime. I like that it’s a local act, but the atmosphere at this game and visiting with the great Bomber fans that make the trek for this game is much better.

September 14th – ‘Saturday Night 80s Party’ – NOW WE’RE COOKING!! Music from the best decade, the clothes, and of course, we celebrate the 30th Anniversary of ‘The Kick’ and the 1989 Grey Cup Champions. SIGN. ME. UP!

October 5th – ‘Community Appreciation Day’ – Honouring great community members and heroes, the Touchdown for Dreams program and honouring members of the Canadian Armed Forces. Nothing bad to say here, this is a great idea and these people deserve the recognition. Great job, Riders marketing team!

November 2nd – ‘13th Man Appreciation Day’ – The team gets to thank and honour Rider Nation… just thank us with a win over Edmonton. Unless you are giving away jerseys off their backs to season ticket holders, this is a marketing spin that has nothing to it. Halftime will be the giveaway of a vehicle from Capital Auto Mall. Great if you are one of the 10 contestants or if you know them, but for the other 30,000 people there, there’s nothing there for us.

WHERE ARE THE DOG SHOWS?? Halftime is when people leave their seats to go visit, get food and drinks and hit the bathrooms. BUT, the one that people stay in their seats for the most are the dog shows. Weiner races, puppy obstacle courses, whatever. JUST. GIMME. THE. DOGGOS!