The 7-5 Saskatchewan Roughriders travel to where their 2017 season ended in heartbreak, as they face the 3-8 Argos in Toronto Saturday afternoon.

The Riders are looking to rebound after a disappointing 30-25 loss to the Ottawa REDBLACKS last week, while the Argos are coming off a bye week.

There aren’t many story lines going in a West vs East game, but this one is different, thanks to one person.

Duron Carter spoke to Piffles Podcast first this week before any other media outlets and spoke on who he is looking forward to facing the most in the Riders secondary.

While Duron only played a handful of snaps in his Argo’s debut, you can expect him to be in all game long against the Riders. He won’t line up against Marshall exclusively, but this is going to be a matchup to watch all game long. Both players like to talk and get up close and personal with their opponent, so it will be interesting to see who cracks first and gets the first penalty.

Get the Offense Going

It’s simple for the Riders… do something… ANYTHING on offense and they should win this game. QB Zach Collaros and the receivers (mainly Shaq Evans) all had a bad game last week against Ottawa and this is a prime bounce back game.

Don’t miss wide open receivers and if you are open, catch the damn ball! That’s it! If the Riders can do that and keep the chains moving, they should have no problems winning this game. However, as we’ve seen in the first two-thirds of the season, that’s not as simple as it seems for these guys.

The Riders defense has been the backbone of the team all season long. If they aren’t scoring, they aren’t winning. Lately they’ve been giving up a ton of yards, but offset that by getting plenty of turnovers and turning those into touchdowns.

Last week they had an off week. No turnovers, no pressure on Trevor Harris and they were just on the field too long at times and ran out of gas. I fully expect that to change this week and they go back to their dominant ways. Although it all starts with the offense. The less the defense is on the field, the better they will play.

It’s a must win game for both teams. Toronto NEEDS to win to keep their slim playoff hopes alive and the Riders need to win if they hope to get a home playoff game. The better team wins this one. 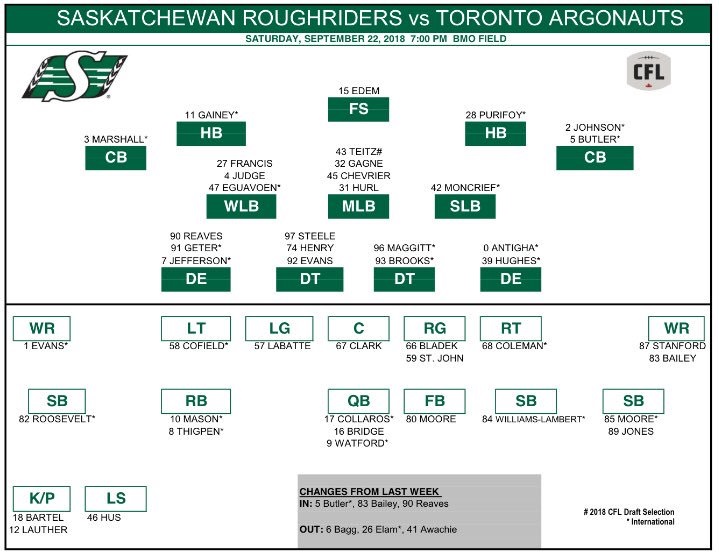 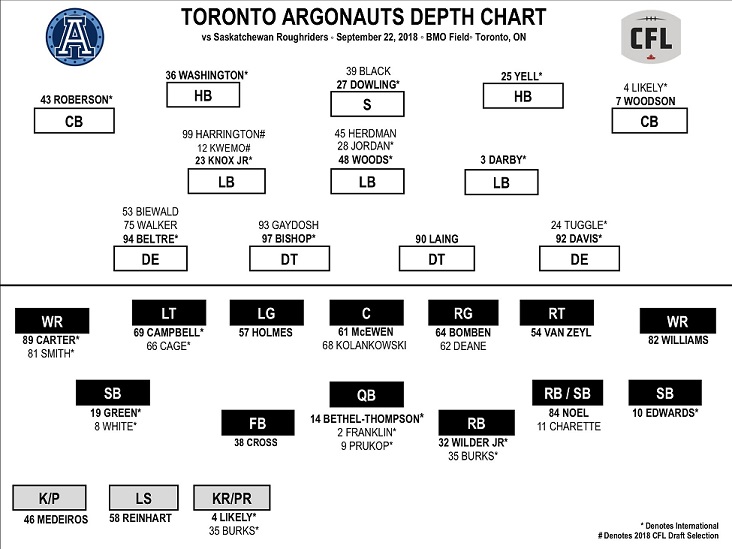