Riders vs Redblacks: What to Watch For

The Saskatchewan Roughriders are in the nation’s capital to play the Ottawa REDBLACKS in their first game of the 2018 season and there are no shortages of things to watch in this game. It’s the rematch of the 2017 East Semi-Final, the one the Riders dominated and won 31-20. Here are a few things I’ll be watching for on Thursday night.

Because of the finger injury to Riders starting boundary cornerback Nick Marshall (now on the 6-game injured list), the Riders are short on defensive backs, so star receiver Duron Carter is going to start at CB this week.

The decision to move him there makes sense… and it doesn’t.

It doesn’t make sense to move one of your 2 best receivers to DB when your receiving corps is a bit thin with proven receivers. Especially when you have a new starting QB on the team. Carter needs to build that chemistry with Zach Collaros, but that will have to wait one more week at least. It’s a little frustrating that with all the scouts the Riders have and how much of our money is spent on them, that we don’t have a replacement cornerback waiting in the wings somewhere and we have to resort to using one of the elite receivers in the league.

But it DOES make sense to have him there because of what he did last time he started at corner.

And while playing DB against Montreal late last year, Carter almost had another pick in the endzone, so we know that he is capable of making big plays. It’s a short week for the Riders, so Carter IS likely the best replacement as he is more up to speed on the defensive playbook than one of the new guys that have been brought in over the last couple of weeks.

All I know is that I expect REDBLACKS QB Trevor Harris to pick on Carter with Diontae Spencer and Greg Ellingson all game long. That will be fun to watch. I’m also curious as to how the Riders decide to run their defense. Will they play zone, or man coverage? Will they dummy down the playbook for Carter? This is going to be a fun battle to watch tonight.

The Health of Trevor Harris

The REDBLACKS survived a scare in the preseason when Harris went down with a knee injury, but thankfully it wasn’t a serious injury. But we haven’t seen him play in nearly 3 weeks and his reps were limited in practice. To top it off, Ottawa is starting Evan Johnson (from Regina) on the O-Line as well in his first start and he goes against Charleston Hughes and Willie Jefferson. Yikes.

Harris will need his O-Line to step up huge, as we saw last week the Riders D-Line can feast at willl, so it will be interesting to see how the REDBLACKS defend against Hughes, Jefferson and Zack Evans, who is returning to Ottawa to play his former team.

No, not height, I think Collaros had his final growth already, I’m talking about the growth of Collaros in the Riders offense. You saw last week that he started out shaky against the Toronto Argonauts, but got into a rhythm as the game went on. His passes were thrown with more confidence and more intent later in the game. It’ll still take a few weeks for the offense to get where they want to be, but I’m looking to see if they start out slow again or pick up where they left off last week, especially without Duron Carter at his disposal.

Bottom line, the Riders will need to finish drives, score touchdowns and not settle for field goals.

I was surprised with how much work Jerome Messam got last week against Toronto. His average wasn’t good, but he got the tough, important yards when the team needed it. We were told by Chris Jones that he was going to be on a snap count, but that didn’t seem to be the case. Will we see another ball control offense led by Jerome Messam or do we see a more balanced attack? Tre Mason looked explosive in his limited snaps last week, but was benched in the second half for his fumble late in the first half.

Going into Training Camp, we all figured if a receiver got hurt or if Duron Carter had to play DB, the Riders would be fine with the likes of Namaan Roosevelt, Bakari Grant, Caleb Holley, Rob Bagg and so on. Now that Bagg and Grant are gone, we have guys like Jordan Williams-Lambert, Shaq Evans, Joshua Stanford and Devon Bailey to showcase their talents.

Shaq Evans draws the start in Carter’s spot Thursday night and while he looked good in Training Camp, this is his first game action with the starters and against another teams starters. I think Evans will do just fine, and no disrespect, but he’s no Duron Carter. Hopefully he makes the most of his opportunity here and he earns more playtime because of it.

Overall, this is going to be a very good game. I expect a tight, back and forth contest that comes down to a field goal. 22-20 Riders is my prediction as they go to 2-0 to start the season. 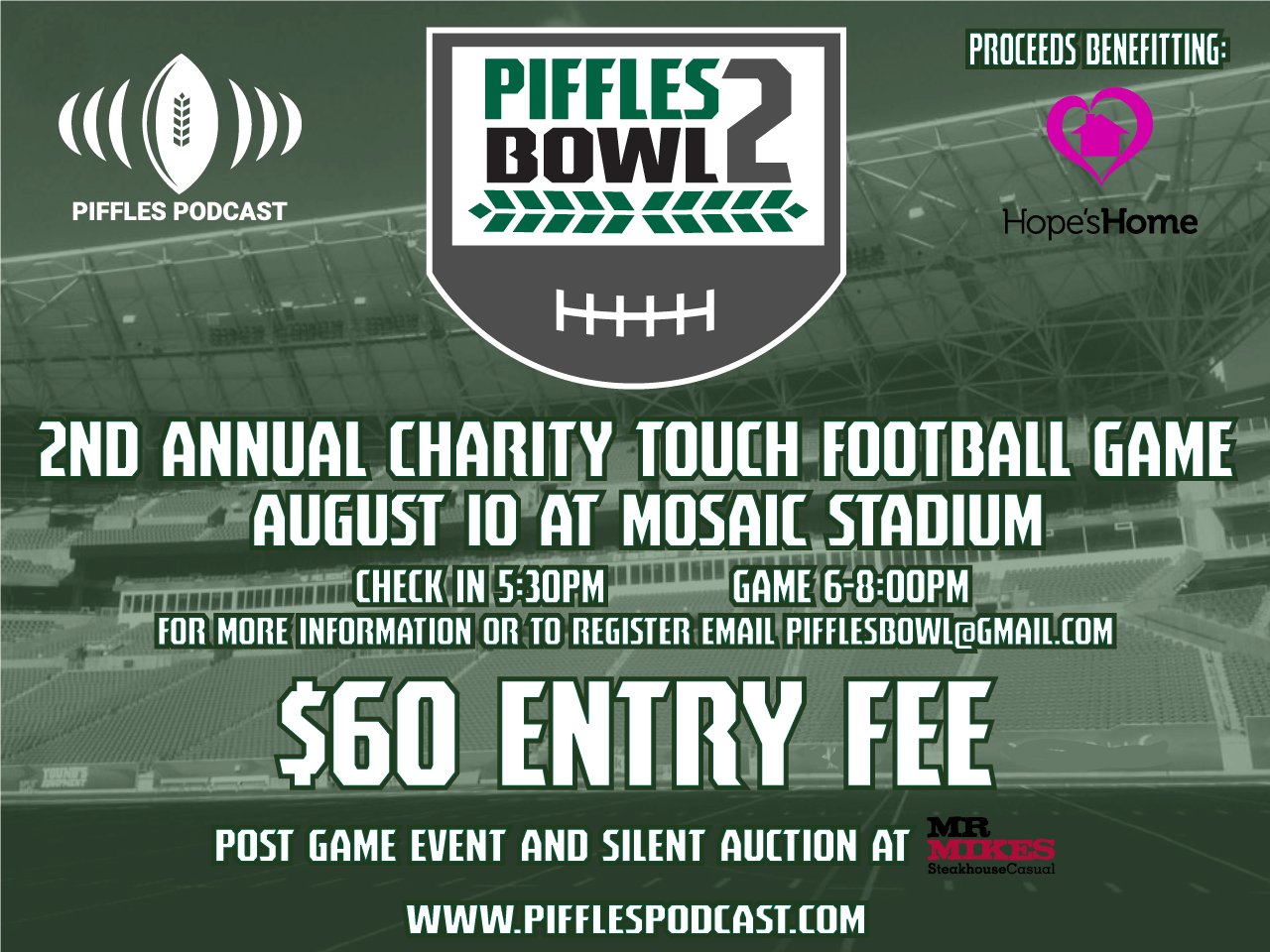 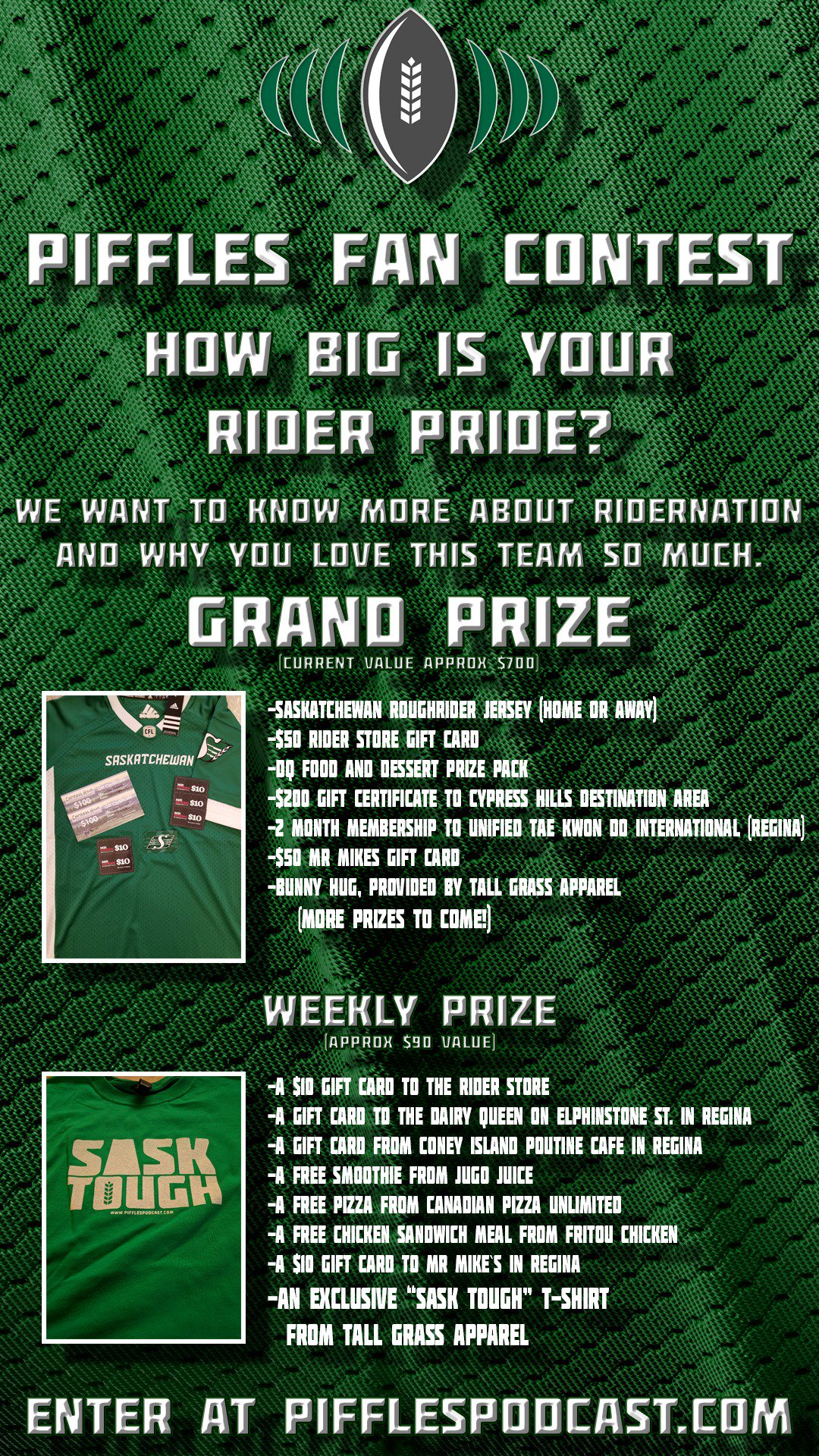