Another weekend of National Lacrosse League action is in the books with our Saskatchewan Rush on the road in Vancouver taking on the Warriors. The game was touted as a bit of a home game for us with 10 member of the rush hailing from British Columbia.
As most predicted the Rush walked out of the Rogers Arena with a win. The offensive firepower on display once again for the good guys with 7 different goal scorers, including another 5 goal effort from Ben McIntosh. Robert Church was back in the lineup this week after sustaining a wrist injury that pulled him from the lineup against the San Diego Seals last weekend, but surprisingly he was unable to get one into the net, he still managed a team high of 6 assists on the night.

Last week in the Rush home opener a concern was made of our penalty kill having gone 1-6 on that night, fortunately, we had a better evening in Vancouver killing off 3-4 successfully.

The power play was just as effective this evening going 3-3, we are off to a solid start at 75% 3 games this year. The game itself looked from the start that it could be a complete blow out with the Rush

coming out of the gate firing, Jeremy Thompson scoring the opening goal for his first point of the season a mere 17 seconds into the game.

The Rush didn’t let up from there either, scoring 3 more in the first 5 minutes to make it a 4-0 game and increasing that lead to 5-0 later in the quarter. After the first 4, the Warrior pulled goalie Aaron Bold to put in backup Eric Penney who presented more of a challenge for the rush offence.

– Shattlers 300th goal came off a spectacular behind the back pass from Matthews with a quick release to beat Penney. (10:28 into the 2nd)

– Ben McIntosh’s 4th goal of the net came off some good ball movement from the rush offence to McIntosh who was situated behind the net for a good dunk in. (8:41into the 3rd)

– Dinsdale with some serious hustle to beat both the defenders, the goalie and the shot clock going around the net for a dunk in from behind (10:02 into the 4th)

Next up the Rush come back home for a rematch of last years final with the Rochester Knighthawks on Saturday, January 19th.

Darian Durant will be in attendance as the Rush are going with the Beach Party theme night.

If you’re looking for a good time, some fun and exciting action get yourself some tickets and come on down to the Sasktel Center. 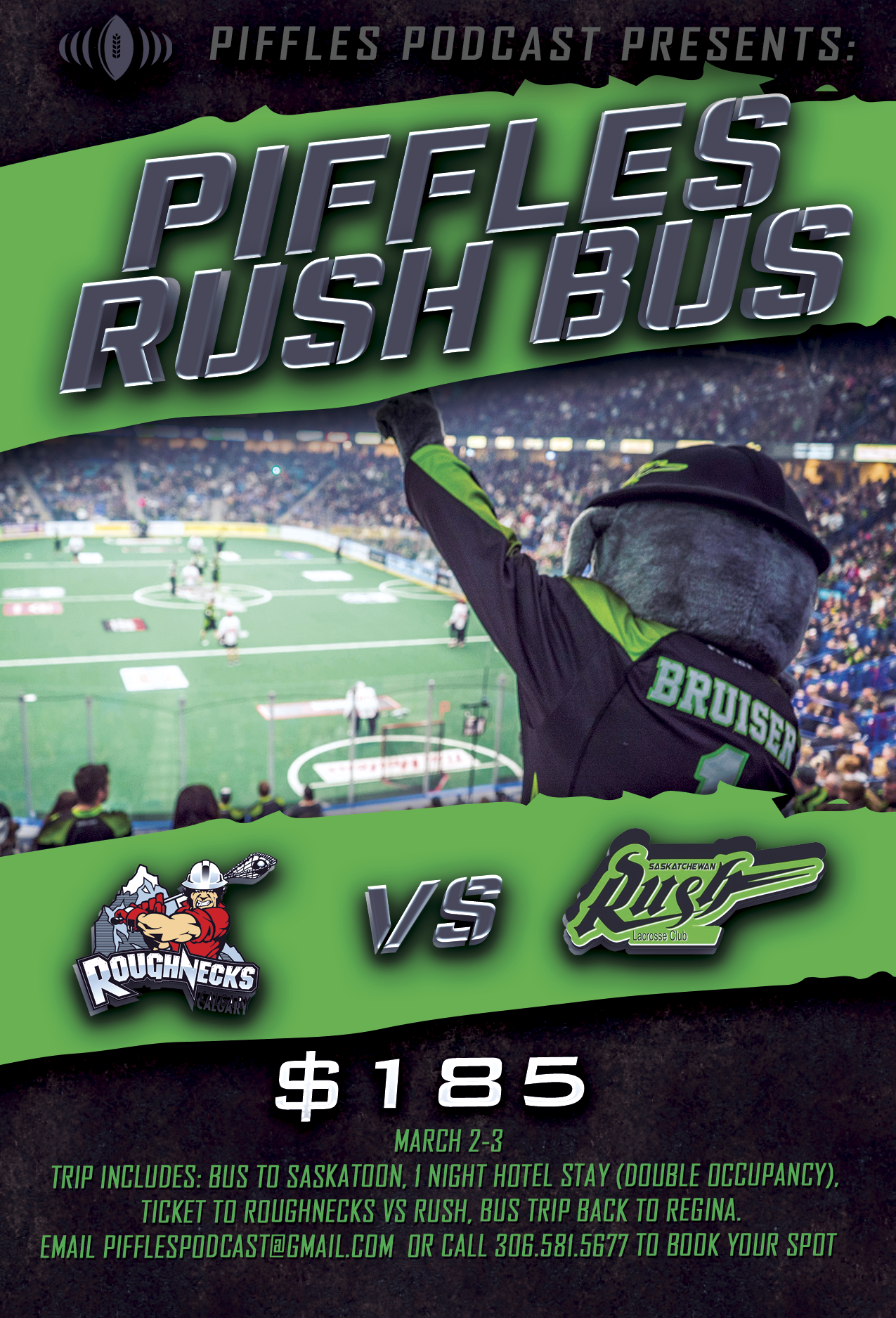