The Rush walk out of the Rogers arena in Vancouver with a much needed win. The game was much closer than one would have anticipated with back to back scoring coming the whole way, leading to an exciting, if not nervous watch at times.

There were some changes in the rush lineup tonight as Captain Chris Corbeil sat out and Evan Kirk was benched leading to Adam Shute starting in goal for his second ever NLL start, as well as our 2019 first round draft pick getting the start as well.

Vancouver would get the first of the second, but the Rush wouldn’t take long to respond with 3 of their own off of Church, Keenan and Dinsdale. In the process they would take their first lead since the opening minutes of the game. The half wouldn’t end that way though as Vancouver would tie it up with a short handed goal to make it 7-7 at the half.

Dinsdale would net the first of the second half. which Vancouver managed to respond to with their second shorthanded goal of the game. The Rush would get that one back though as Church would score on that same power play opportunity. Keenan would get his second of the game to put the Rush up by 2, their largest lead of the game. The scoring would go back and forth the rest of the quarter to bring it to 11-10 going into the fourth in favour of the Rush.

The fourth quarter would start the way the third ended, with a Vancouver Warriors goal, bringing it to 11 all. Responding was the name of the game the rest of the way as goals were matched until Mark Matthews fed Jeff Shattler putting it in the back of the net with under 2 minutes remaining forcing the Warriors to make the decision to pull Penney. The Warrior wouldn’t go down easy but down they did when Mike Messenger managed to grab a loose ball and run the length of the floor and get the empty netter to seal the deal.

Hard fought win for the Rush, and a much needed win with what is a very close western division. The Rush both outshot and out worked the Warriors, but there was a lot of iron found by both teams that could have made the difference one way or another. The Rush power play wasn’t clicking quite as well as we’ve seen it work, giving up 2 shorties and only getting one goal going 1-3.

Up next the Rush (4-4) play at home on Friday, February 22nd against division rival the Colorado Mammoth (3-5). Colorado has had a rough start to the season but will be coming into this game after winning 2 straight, dropping 2 eastern teams, the Philadelphia Wings and the Georgia Swarm.

As well if you are from the Regina area check out the Piffles Podcast Rush Road trip on April 13th! 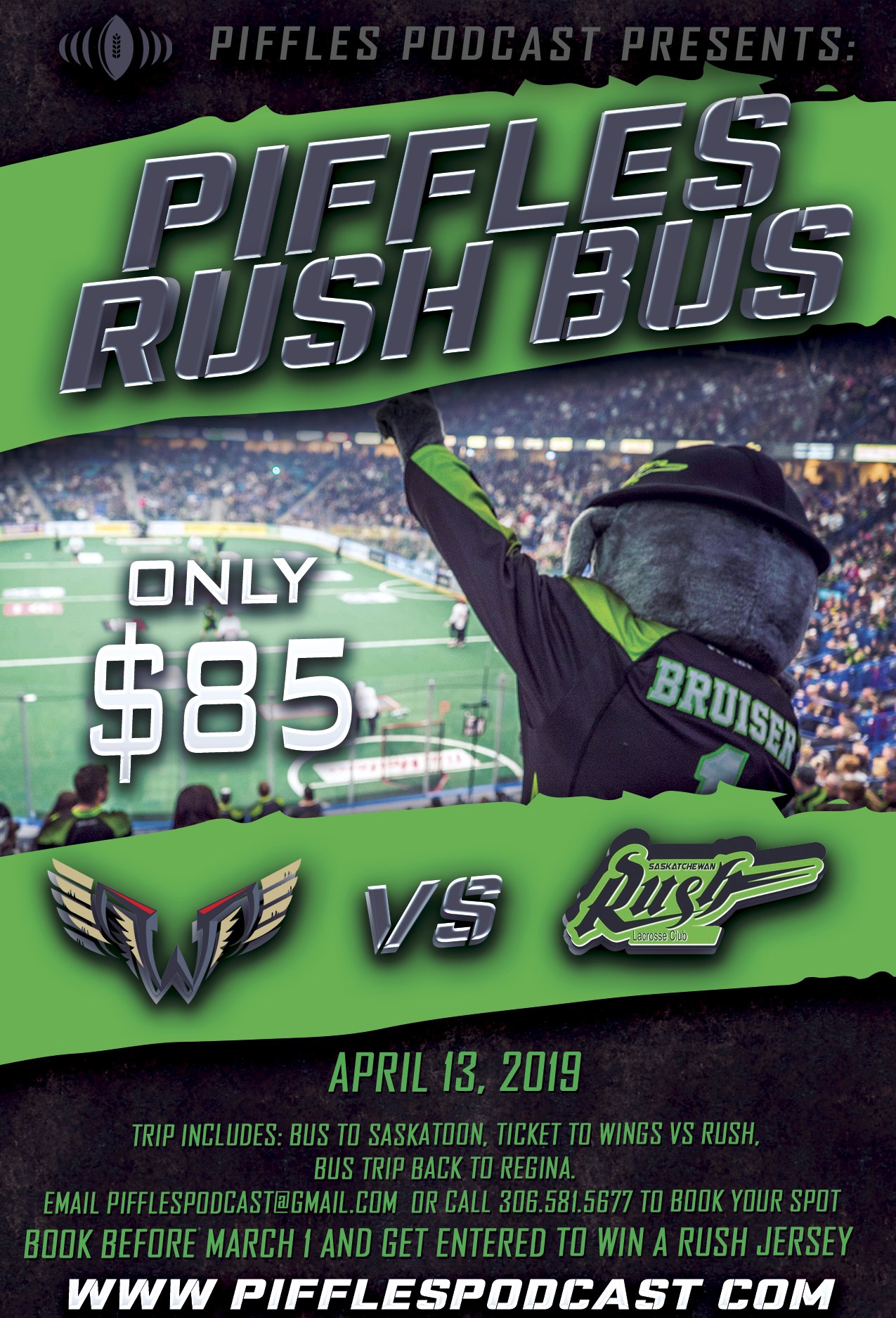