As we all know, Rider Pride is world wide and our goal at the Piffles Podcast in 2018 is to share more of YOUR Rider Pride with the world! That’s why we are running a fan contest! We want to know more about YOU, the great Saskatchewan Roughriders fans!

This week, our spotlight is on Jody Robson of Regina, SK! 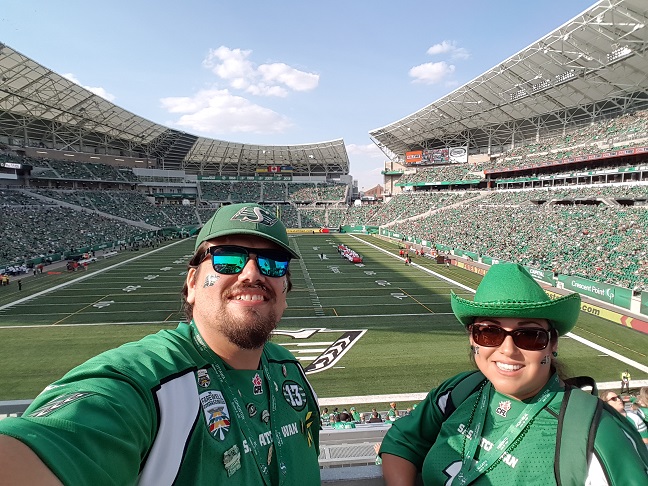