In today’s edition of “Only Things Greg Would Notice” the Calgary Stampeders appear to not only be getting new uniforms but also a new number font.

The Stampeders social media team was following the lead of many other sports franchises by offering custom name and number wallpapers using an image of Bo Levi Mitchell exiting a tunnel as the background.

But after a close look the numbers, while having a similar western flair, it is a different font all together. 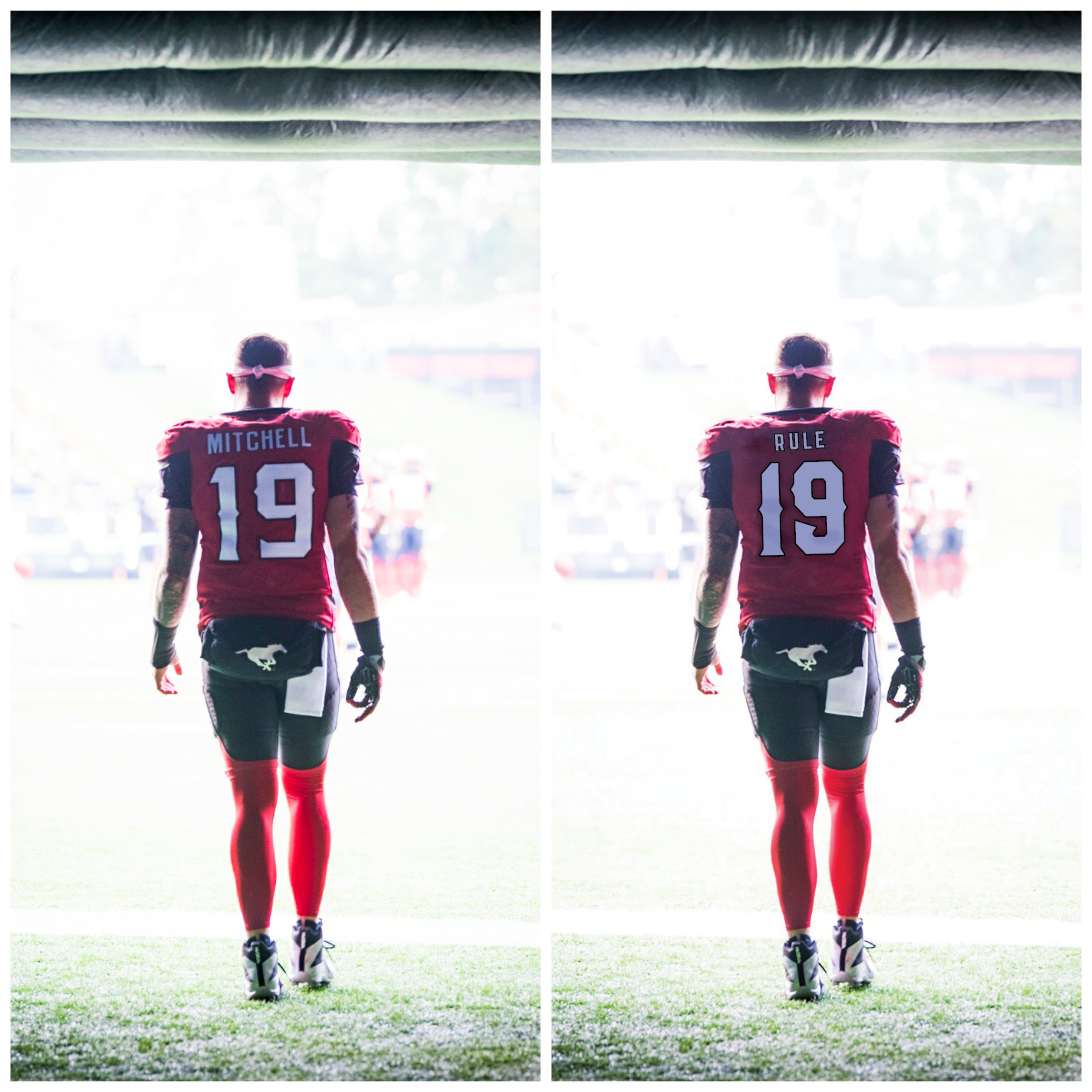 The custom “Outlaw” numbers were first introduced on the Reebok Signature series jerseys and were then promoted to full time use on all 3 jerseys when Adidas took over as supplier. New Era kept the same digits in their first year as official outfitter of the CFL but now that Calgary is getting new uniforms a switch wouldn’t be out of the ordinary.

You can scroll through the Stampeders twitter timeline to see all of the new digits.

This wouldn’t be the first time a jersey tweak has been leaked by a well meaning social media team. Last year the CFL Social Media accidentally leaked the BC Lions’ changes when they put Mike Reilly in every single CFL jersey when he announced he was going to free agency. The Lions didn’t announce the tweaks until weeks after Mike Reilly was signed.

Maybe we were on to something. The Stampeders have wiped all traces of the new numbers from their Twitter account. Whoops.