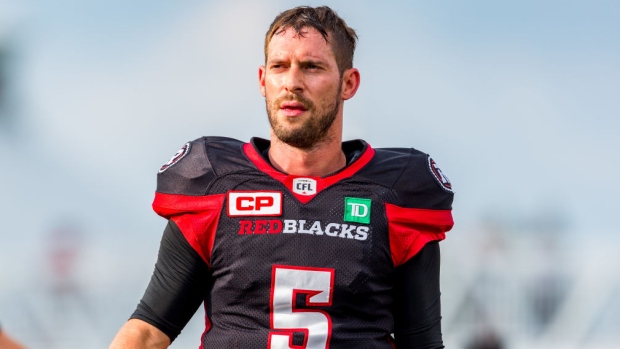 On a day where the Toronto Argonauts fire Head Coach Marc Trestman less than one year removed from a Grey Cup victory, the Saskatchewan Roughriders said, “Hold my beer!” and signed retired Clipboard holder, I mean, Quarterback Drew Tate.

Tate retired from the CFL before the season to take a position as a coach at Coastal Carolina in the NCAA. This will be Tate’s second stint in Green and White.

Many in Rider Nation were a nervous bunch wondering if this signing was directly related to the health and availability of starting Quarterback Zach Collaros. Collaros made his advertising signing today and it was tweeted out by Regina Leader-Post’s Rob Vanstone that Collaros health is not in question.

Which makes one wonders what this signing means for the organization’s faith in back up QBs Brandon Bridge and David Watford should Collaros have to be removed from a game in the playoffs?

As shown at the last game versus BC, the offense cannot find second gear with out Collaros at the helm. If it wasn’t for the sizeable lead and timely running by Cameron Marshall the BC game could have had a completely different outcome.

We unfortunately won’t really know what this signing means until the team hits the practise field next.