The First of the New Era: Als Show Off New Look

On Friday night in front of a room of fans, the Alouettes unveiled the first major branding overhaul since the team moved to Montreal from Baltimore. Gone is the “Angry Bird” and maroon and blue of old, in is navy and red with a new logo package, but with homages to the past. 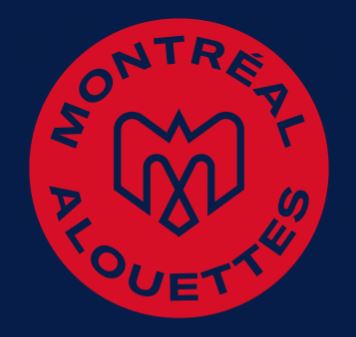 If this was just dropped on an unsuspecting public, I am pretty sure there would have been more passionate opinions on both sides, but it was scooped months ago by Sportslogos.net and the shock had subsided.

The logo is so simple that it seems like it came from an earlier era when you get the classic logos like the Yankees or Canadiens. It doubles as both a bird and an “M and an A”, it is very difficult to get that much nuance out of a logo that simple and the designers nailed it.

I am not sure how prevalent the logo will be on TV in that placement but it’s something that will get them noticed. 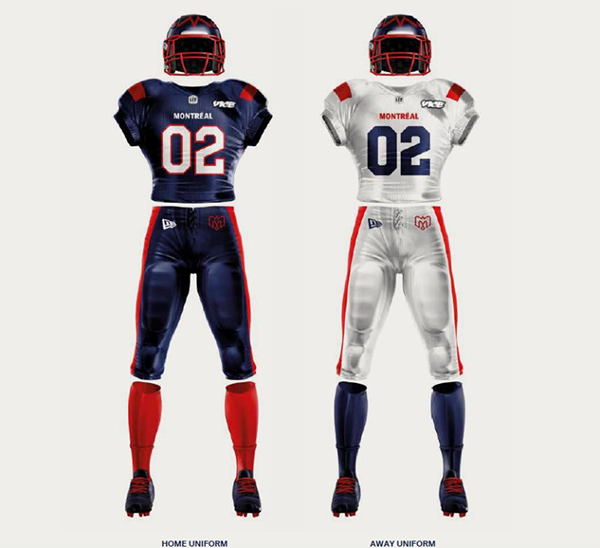 Despite being the “first” uniforms in the New Era… ummm era, this package was done under Adidas’ watch and is the last thing they really did for the CFL. If rumours are to be believed, these were supposed to be surprised launched mid-season until Adidas using their escape clause prior to the season caused the launch to be delayed for the new supplier.

As I surmised in my preview of the uniforms from the teasers that were released in October, the home uniforms look like they bought some factory rejects of the Houston Texans. 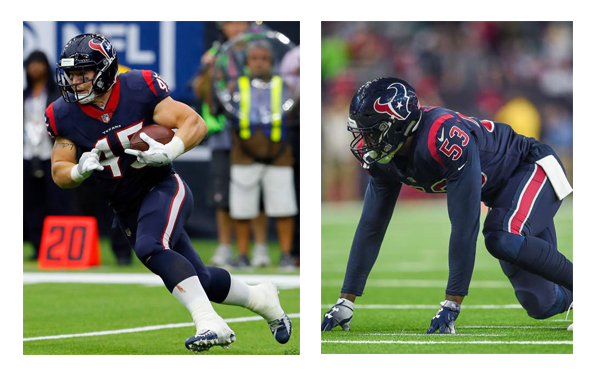 That said I think the home uniform is a clean look and looks much fresher than the same look that they have had in some fashion since the late 90s.

The away uniform, on the other hand, is a hot mess.

Primarily white with red stripes with one colour blue numbers, blue socks, and the blue and red helmet. It looks like they just spun a wheel to colour the blanks. I have a feeling we will be seeing the blue pants with the white jerseys sooner than later.

The 4 logos representing the Als history make an appearance on this uniform 4 times, on both pant legs and on both sides of the helmet. A cool nod to the Als’ history but 4 times seems a tad overkill if it was me I would have thrown it in the collar for the fans and on the back side of the helmet.

“Toujour Game” and “MontreAls” have also been added to the Alouettes marketing. The whole marketing campaign wrapped into the branding is about representing Montreal and being apart of the community.

CFL fans have been clamouring for years now that the Als needed to make a change and finally, the Als have given them that.

The look is different and as proven by the BC Lions sometimes different is good. Much like the Lions, I think the home look is by far superior to the away set. The logo is timeless and if they are going to put a concerted effort into grassroots marketing that can only be a plus to get more fans out to the stadium.