News broke early on Monday that the Hamilton Tiger Cats hired former Baylor Head Coach Art Briles as an assistance coach. On paper, without digging too deep into things, it seemed like a great hiring for the 0-8 football team. Maybe a solid head coach from a top division 1 school could help turn things around.

What the PR release didn’t mention is why Art Briles has been unemployed for the last 15 months. Briles was fired due to a sexual assault scandal at Baylor involving several players. An investigation found 17 or more women who reported being sexually assaulted by at least 19 Baylor football players. Some reports, including a lawsuit, claim that the number of sexual assaults stands at more than 50.

This hiring could not have come at a worse time for the CFL. They are currently riding a PR high after a very successful Diversity is Strength campaign that saw a lot of positive PR south of the border. This campaign saw commissioner Randy Ambrosie on CNN promoting our league and its great message.

Less than two weeks later, all that positive PR could be gone in one fell swoop. Within an hour of the hiring, the CFL and the Ticats have already been getting shredded by fans both in Canada and south of the border. 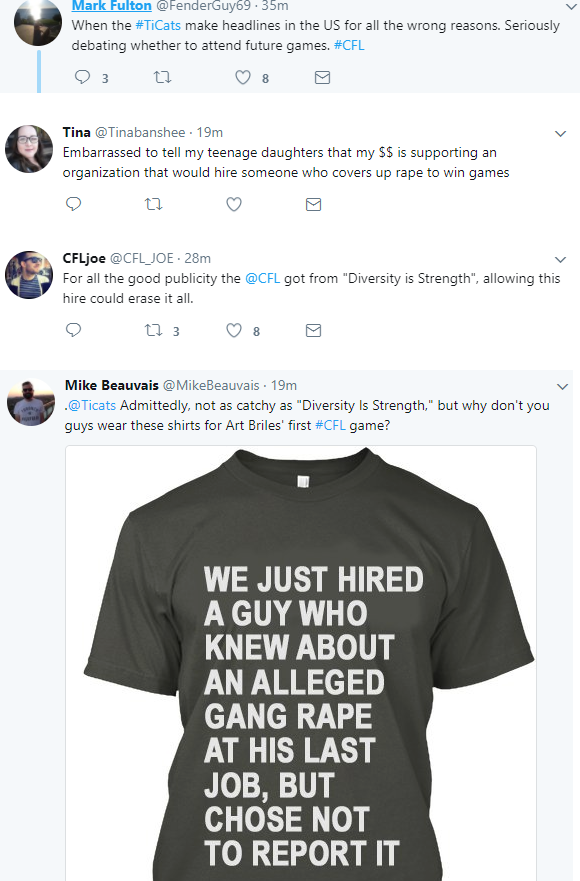 The league was very specific with their zero tolerance policy under former Commissioner Jeffrey Orridge. 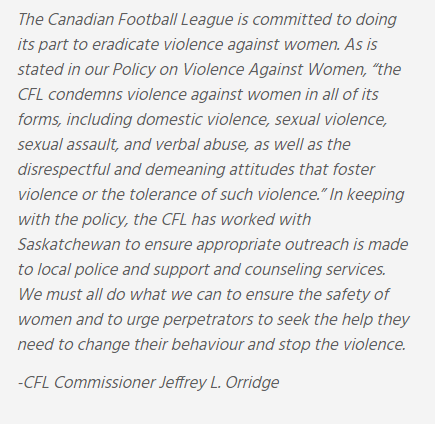 If the league condemns violence against women, including sexual assault, they need to step in here. This goes far beyond a PR problem. This is a terrible message to send to people who support this league.

For a commissioner who has said and done all the right things since stepping in to office, this is the first major test that he will face. The ball is in your court, Mr Ambrosie. The fans are watching.