As we look towards our first playoff game since 2014, it’s difficult not to look back on a very exciting regular season filled with memorable moments. I decided to pick my top ten moments from the season, and here they are.

For far too long, it seems like a fair expectation that when the Riders roll into Commonwealth Stadium, I come prepared for them to walk out with a loss. It’s been that way almost as long as I have can remember. Lopsided victories against the Edmonton Eskimos in Edmonton seem few and far between, and when they happen, they are glorious.

Where did this kid come from? Seemingly out of nowhere, Christion Jones went from unknown PR player to special teams demon. We haven’t had a returner this consistently electrifying since Corey Holmes, and it makes all the difference. The CFL game is a field position battle, and Jones has been flipping it all year long.

8) The Opening of Mosaic Stadium

Last year (and this year again) we said our farewells to Taylor Field, but earlier this year we got to say hello to beautiful Mosaic Stadium. They say pictures are worth a thousand words, so here you go: 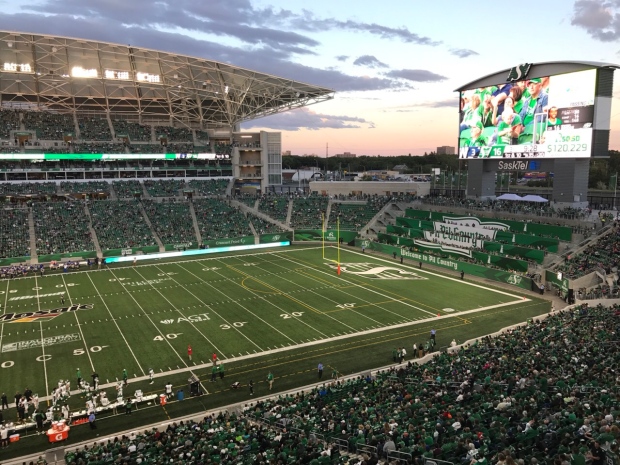 7) The Return of Darian Durant

All year we waited for the return of Darian Durant, but it wasn’t until late October that his Montreal Alouettes visited that amazing new stadium in Regina. The whole week we heard “will he get a standing O” and “should he get a video tribute”. We wondered for weeks in advance if he would even start that game, given the season Montreal was having. His return was everything we could have asked for as Rider fans. He got his ovation and video tribute, and then the Riders stomped the Als into the ground and we all moved on. Thanks for everything you did in Green, Darian.

Social Media was arguing all season long on when we would see Chad Owens this season. It wasn’t until week 18 in Calgary that he saw the field, and boy was it worth the wait. In 3 games, Owens had 17 catches for 235 yards and a touchdown. Over 18 games that’s 102 catches for 1410 yards. He certainly earned his spot on the receiving corps in the playoffs alongside a trio of 1000 yard receivers, and made me eat a ton of crow in the process.

For the first time since 2009, the Roughriders beat Calgary at McMahon Stadium in the Regular Season. Not only that, but they managed to end Calgary’s 17 game home winning streak in their decisive win over the now reeling Calgary Stampeders.

Ed Gainey had a game for the ages on August 5th, becoming only the 9th player in CFL history to record four interceptions in a single game. This game was the turning point for both Ed Gainey and the Saskatchewan Roughriders, as Gainey would follow up with 6 more interceptions to lead the CFL and put himself in the running for defensive player of the year.

Speaking of interceptions, how can we not talk about Duron Carter’s Pick 6 against Bo Levi Mitchell in Calgary. The trash talk between the 2 leading up to the game was entertaining, and everyone knew one way or the other something had to happen this game. The moment Duron Carter intercepted that ball, there was a feeling that he was not going to go down without a fight. I was on the edge of my seat as he weaved his way, multiple times, through Calgary’s offence on his way to the end zone. Easily one of the most memorable moments of the CFL season.

Not going to say anything other than….WOW! 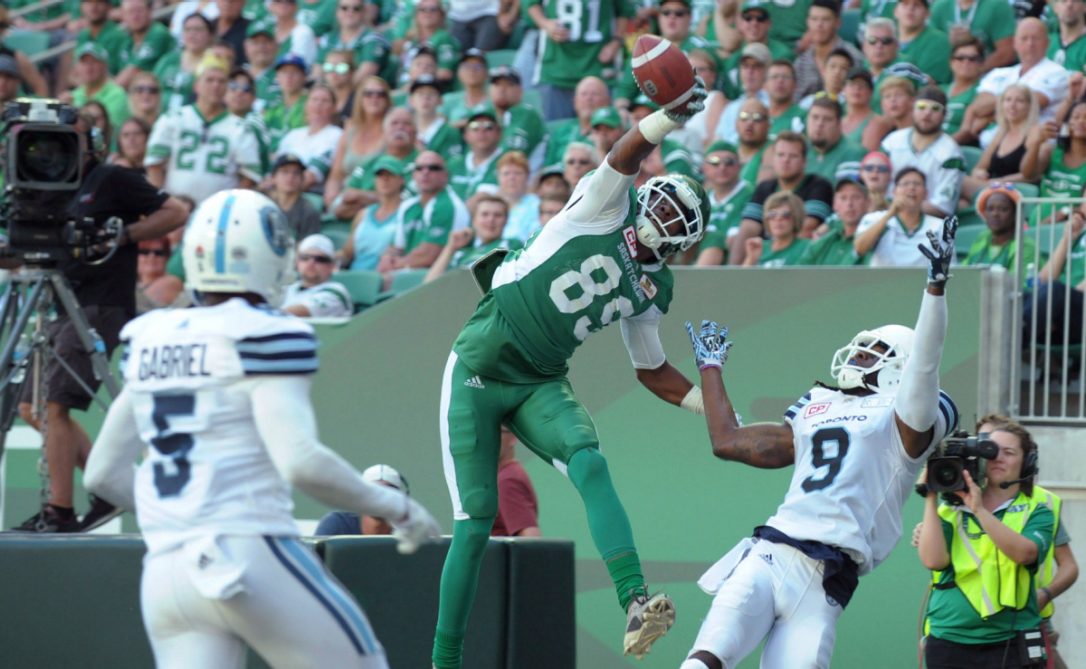 At the beginning of the year, the entire Piffles Podcast crew predicted the Riders would finish in a playoff position but that doesn’t mean it was any less exciting when the BC Lions lost, and the Riders clinched their first playoff appearance since 2014. A season that saw us start 2-4 while losing a pair of very winnable games had Ridernation feeling a sense of “oh no” early on. Everything changed when the Riders walked out of Mosaic with a 41-8 victory over the BC Lions. It began a stretch that saw us go 8-4 over the final 12 games, including a win over every other team in the CFL. Seriously, what are the odds we would have 8 wins, over 8 teams, in an 12-game stretch. What a crazy season.

What are your favourite moments from the 2017 regular season?