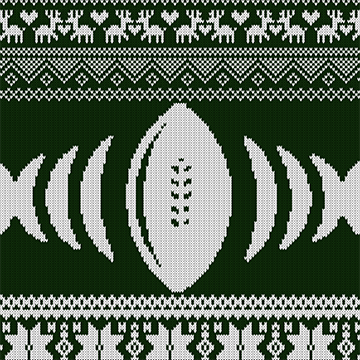 ‘Twas the night before Christmas, and in CFL nation

Calgary was still carrying on their Grey Cup celebration

The rest of the CFL were giving them some slack,

because who knows if Bo Levi will actually be back;

With Wally gone the Lions fans had some worry,

But Hervey locked up Claybrooks in such a hurry.

The Defensive specialist fell into the Lions Lap,

But really let’s all talk about the slant of his cap,

Then out of Edmonton, there is a ton of chatter,

That Reilly’s bank account was due to get fatter.

There is belief that he could be gone in a flash,

Then again if I was him, I would just take the cash.

At Mosaic in Sask now covered in snow

But lack of the extra GM didn’t cause any fear,

As Evans and Lavoie both extend past next year,

In Winnipeg, the F’n Mafia is about to fight dirty,

But with almost 3 dozen free agents how do you choose,

who walks or gets an offer they cannot refuse;

The Als need a QB and most likely a new GM.

In the Hammer there as been a shift in power,

As June Jones steps aside for Head Coach Steinhauer,

Hoping the change will land them first in the East,

and with Argos and Als, second is locked at least.

In the nation’s capital off another Grey Cup birth

3 Cup games in 4 years for the former outsiders

but they would probably trade it all to be the Rough Riders.

Popp had to bring in Chamblin to be the team’s new boss;

As 2018 quickly comes to a happy and festive end,

We at Piffles have a simple wish to all of our CFL friends.

I believe the endless loop of the Reklaws said it most right,

HAPPY CHRISTMAS TO ALL, AND LONG LIVE THE NIGHT!