What’s Next for the Saskatchewan Roughriders

Late Tuesday afternoon, a simple tweet from the @CFL_News twitter account shook Rider Nation to its core. With the announcement that Chris Jones would be resigning to accept a position with the Cleveland Browns one wee after signing a contract extension with the Riders came as quite the shock to everyone.

Once the initial shock wore off, Rider faithful were left to wonder what was next for the Green and White as we head towards CFL Free Agency in one month’s time. There were plenty of names getting thrown around, but I’m going to look at the most likely candidates to replace Chris Jones at GM/Head Coach/Defensive Coordinator.

The obvious choice to replace General Manager Chris Jones, is the man they have been grooming for that position. I expect we will here in the coming days that Jeremy O’day has been named the next General Manager of the Saskatchewan Roughriders. He was the assistant vice predient of football operations under Chris Jones and has spent almost 20 years in Saskatchewan as either a player (1999-2010) or Administrator (2011-present).

The dark horse in the GM race will be Paul Jones, recently hired out of the Edmonton Eskimos. Jones spent 21 years in Edmonton, initially as a scout before moving him up to director of player personnel. He was hired recently as the Assistant General Manager, so he could be the obvious succession point. 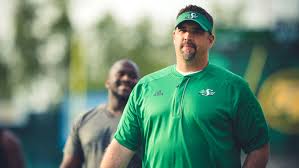 This is where most of the excitement will happen over the next few weeks. Had the resignation happened closer to the end of the season, the Riders may have looked towards Devone Claybrooks before the BC Lions scooped him up. With most coaching staff already locked in place, the Roughriders are left with fewer options. Do they promote from within, or reach out to teams to seek permission this late in the game to talk to someone’s coordinator? The Riders will likely need to do some juggling, as they only have one spot available to replace Chris Jones (HC/DC). Here are a few of the options being thrown around.

Paul Lapolice was the first name that came to mind. While he didn’t have much success in his first run as head coach with the Winnipeg Blue Bombers (but who has?), he is still considered by many to be one of the most likely coordinators in the league right now to get a head coach promotion. There are two issues with this option. First, he is currently under contract with the Bombers, so the Riders would need their permission to talk to him. Second, we would still need to hire a defensive coordinator, which means we either promote one of our current coaches to DC or fire someone to make room under the coach’s cap for a defensive coordinator. The obvious name there would be Stephen McAdoo, as Paul Lapolice would likely come in as Head Coach and Offensive Coordinator.

Mike Benevides would be the one name out there who could step in as both head coach and defensive coordinator. He had a more successful run as head coach than Paul Lapolice, going 33 and 21 over a 3-year stretch, but 0-3 in the playoffs.

Marc Trestman’s most recent CFL tenure came to an end this offseason after being fired by the Toronto Argonauts one year removed from a Grey Cup championship. Trestman has a proven track record of success, with 3 Grey Cup titles in his 7 years in the CFL, but all of those came with a hall of fame QB behind center. Without Ricky Ray, Trestman’s Argos went 4-14 in 2018 and missed the playoffs. As we sit right now, the Riders do not have a QB1 in their stable, so it would be interesting to see if he could succeed without that top end quarterback. Much like Lapolice, Trestman is from the offensive side of the ball so the team would have the same issues hiring a DC.

If we look at the promoting from within option, the Riders will likely look at either Craig Dickenson or Stephen McAdoo, for different reasons. McAdoo is the assistant head coach on the current staff, and is the most obvious “successor” based on that. Having said that, McAdoo is not well loved in Rider Nation right now, and his promotion would likely cause a storm that might match what we witnessed over the last 24 hours with Chris Jones’ resignation. Dickenson is another likely promotable option because the team already had a Special Teams Assistant on staff (Mike Scheper). Promoting Dickenson to Head Coach allows Scheper to take over as Special Teams coordinator, still leaving a space open for a defensive coordinator. 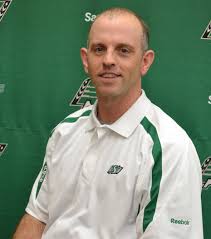 The name at the top of this list is Mike Benevides, most recently of the Edmonton Eskimos. As mentioned up top, while he could step in to the HC/DC role, he is also a top candidate for the Defensive Coordinator role should the Riders find a way to make room for a hire in that spot. Like Trestman, Mike Benevides has 3 Grey Cup titles in his coaching career (2 as a Special Teams coordinator and 1 as a Defensive coordinator).

Outside of Mike Benevides, there are not a ton of names out there with DC experience who are available. If not Mike Benevides, it will be a name out of left field to fill that gap, or a potential promotion from within. 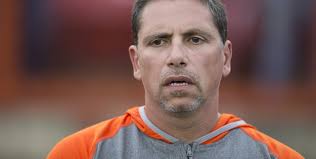 In the end, it is my prediction that the Riders will look within for the 2019 season. Jeremy O’day is the obvious choice at General Manager, given the team has been grooming him for almost a decade. Head Coach becomes a little murkier, but the easiest option this close to the free agency, with the new operations cap preventing multiple hires to fill Jones’ role, promotion from within becomes the name of the game. It likely comes down to Stephen McAdoo vs Craig Dickenson, and I’m not sure the Riders will want to firestorm of promoting McAdoo after how last season played out offensively.

In the end, the Riders will move forward with GM Jeremy O’Day, Head Coach Craig Dickenson and Defensive Coordinator Mike Benevides for the 2019 season.

What is your prediction?